In celebration of World Emoji Day, Apple is releasing 70 new emoji characters that will be arriving on Apple devices soon after a software update.

"A kangaroo and a peacock also make the list of new emojis."

For World Emoji Day, Apple is going all out and will be releasing 70 new emoji characters to celebrate the occasion taking place on 17th July 2018.

The new emojis will be available on the iPhone, iPad, Apple Watch and Mac later in 2018. They will be updated onto the selection of devices in a free software update.

It is thought that these emojis will be fully updated to your iPhone in September. This is because September is when the iOS 12 update is expected to launch.

The Unicode Consortium decides which emojis are allowed. The Unicode 11.0 is the latest version of the Unicode Standard and was released on June 5th, 2018.

Based on the approved characters in Unicode 11.0, the characters are becoming more diverse than ever. 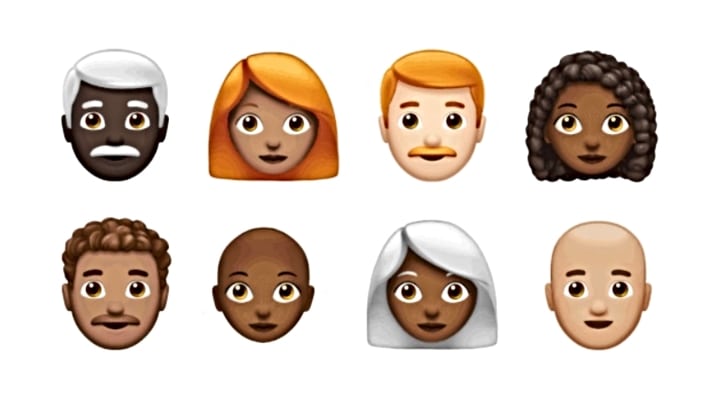 As well as the basic emojis, Apple has added more features to their human characters. With even more hair choices to better represent the people using Apple devices, the emojis are branching out.

In the small section of emojis shown in the picture above, it’s clear that they have added many more hair types. This includes redhead, grey hair, curly hair and even no hair.

With more choice than ever, it is hoped that a growing number of people will see themselves being represented by this social media communication tool.

This comes after Apple diversified their gender emojis with their iOS 10 update. The exciting update featured more than 100 new gender diverse emojis.

Not only is Apple introducing a range of new hairstyles, they’re also getting creative. With the addition of a superhero emoji, as well as the more unusual nazar amulet and infinity symbol. 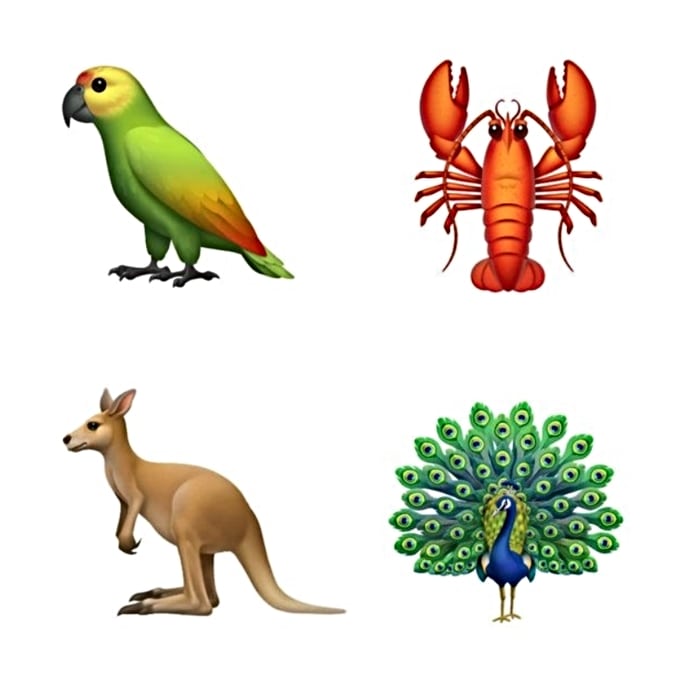 But there’s even more to come. With the additional human hair types and exotic animals, new food items have also been added.

This includes the emoji mango, lettuce, cupcake, moon cake and many other popular food items.

If you feel like you’ve seen some of these emojis before, then that’s because you may have done. Social media platforms including Facebook and Twitter can update emoji designs at any time.

However, for companies including Apple, Google, and Microsoft, their emojis can only be released with a major software update.

In the past, we have witnessed the increasing growth of diverse emojis. From petitions for an interracial couple emoji through to celebrities such as Zayn Malik and Sunny Leone launching their own emojis.

Social media has become quite fond of the emoji and not just on World Emoji Day. They are used for entertainment, but can also communicate complicated feelings with one tap.

It seems that our obsession with emojis is still going strong, and the emoji’s we’ve looked at are just a peek at what we can expect from Apple.

Check out the full list of approved emoji’s coming to your Apple device soon on Emojipedia.

You’ll have to wait until September 2018 to use these new emojis on an Apple device.