British Asian star Zayn Malik is the latest celebrity to release his very own emoji app for smartphone devices. ‘ZAYNmoji’ is available on the Apple store.

Why type out how you feel when ZAYNmoji's can do it for you?

Zayn Malik is the latest celebrity to release his own emoji app for smartphones.

Following in the footsteps of the likes of Kim Kardashian, the app features a range of emotions of Zayn’s face for fans to use.

The app has 240 stickers and 3 animations, meaning there’s a ZAYNmoji for every situation.

Why type out how you feel when ZAYNmoji’s can do it for you?

The emojis, developed by TikGames and created by Zayn himself, come from famous moments and photo shoots. It also features every one of Zayn’s different hair styles and colours from over the years, so fans will never be short of choice. 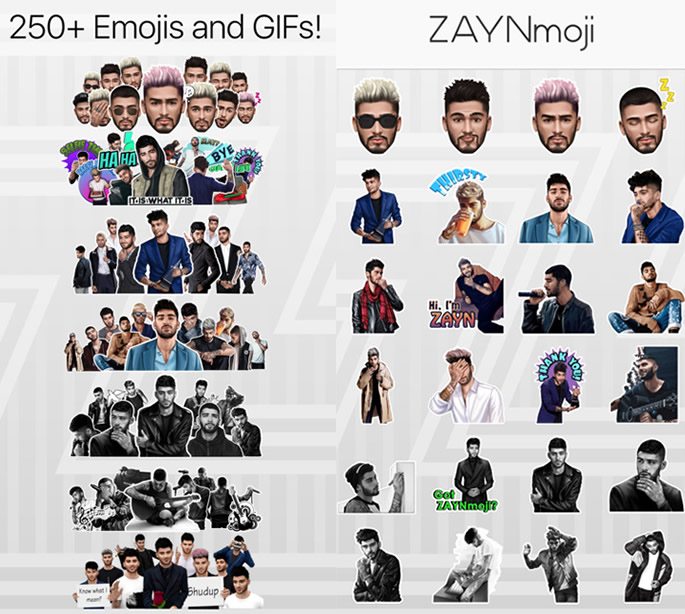 Famous moments include the time when the British Asian star won an American Music Award in November 2016 for ‘New Artist of the Year’ beating popular artists such as Shawn Mendes and The Chainsmokers.

The ZAYNmoji app is yet another treat Zayn has released for his fans to further his success since becoming a solo artist, and it doesn’t look like this is going to stop anytime soon.

Since leaving One Direction in March 2015, Zayn has enjoyed many milestone career moments.

Following on from his first solo award win at The Asian Awards 2015 for his contribution to music, his solo career has gone from strength to strength, from releasing a number one debut album to an autobiography. 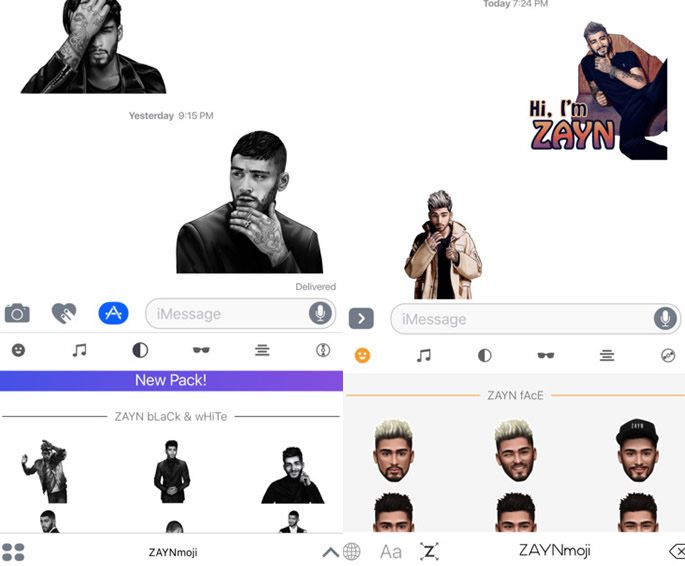 Fans have taken to social media sites such as Twitter, Facebook, and Instagram in their thousands using the hashtags #Zayn, #Pillowtalk, #iHeartRadio and #BestMusicVideo in their posts to vote for Zayn to win ‘Best New Video’.

The winner will be announced when the awards take place on 5th March 2017.

That awkward moment buying your own emoji app ? pic.twitter.com/xi8oFm7hb0

Fans have also expressed their excitement over the ZAYNmoji app which hasn’t gone unnoticed by the star himself. Zayn has retweeted numerous tweets from fans back to his 20.9 million followers.

The app works with iMessage and is currently only available on Apple devices, so Android users will have to wait until 28th February 2017.

ZAYNmoji is available on the App Store now for £1.99.