"Sex and horror is a lethal combination. They are proven sellers."

The makers of Ragini MMS 2 have left no stone unturned when it came to pitching the film. Trailers and song promos clearly show the layout of horror, sex, horror, followed by more sex making it one of Bollywood’s growing genre of ‘horrex’ (horror + sex) films. 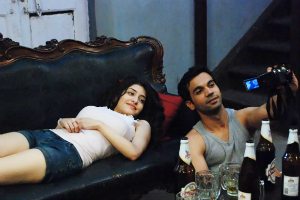 CEO of Balaji Motion Pictures, Tanuj Garg explains: “Sex and horror is a lethal combination. They are proven sellers. When oomph is combined with horror, it creates an entirely new experience for fans of the genre.”

It reconnects with the original film Ragini MMS, where the scary ghost scene of lead actor Rajkummar Rao still sends a shiver down the spine. Directed by Bushan Patel and produced by Ekta Kapoor and Shobha Kapoor, the sequel will introduce Sunny Leone’s character through a shower scene.

The film explains the events that led to the Maharashtrian lady being painted a witch and is blamed for the death of her family and follows on from Ragini and Uday’s (played by Kainaz Motivala and Rajkummar Rao) story. 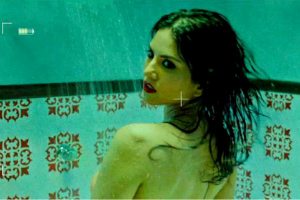 Also appearing in the sequel, Kainaz Motivala explains what happened to her after she was found unconscious in the haunted house, she states that she survived but was left traumatised by the events that took place.

Now her intriguing story has been picked up by a director who wants to make a film around her. Playing an actress in the film, Sunny meets Ragini in a psych ward as she gears up to play her in the film. The crew visit the original house to film, and the vengeful ghost appears once more.

Ragini MMS 2 also features a lesbian scene where Sunny will be seen in a demure look, and has an intimate kissing scene with Sandhya Mridul. Ekta mentions that despite the small budget, Ragini MMS 2 has been one eagerly awaited film: “The writing of Ragini MMS 2 is quite interestingly well done, it’s a youth date movie, it’s funny, it’s scary and there’s a certain amount of sexuality to it,” she said. 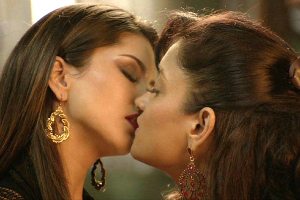 The music of the film has already created a stir; ‘Baby Doll’ and ‘Char Bottle Vodka’ by Yo Yo Honey Singh have become huge YouTube hits. Interestingly, ‘Maine Khud Ko’ faced some heat from the CBFC (Censor Board of Film Certification) with a source stating: “The Censor Board thought it was too steamy [and] took two-three weeks to pass it.”

The song which sees Sunny and debutant Sahil Prem in a raunchy sex scene was apparently too hot for TV and had to be toned down. The uncensored version however is still available to watch online.

Bollywood’s growing approval of sex in its films has transformed Indian cinema considerably over the last decade. As Sunny explains: “I see a lot more kissing in Indian films now since I’ve come to India.

“Deepika had her first on screen kiss, Sonam is doing a bikini number in her recent film and she looks very pretty in it…and all this is happening when I am here, which shows Indian audiences are accepting physicality as aesthetic in films.”

Speaking about her portrayal as a sex symbol, Sunny adds: “It’s a strategy that has been created for the films. But when people watch the movie Ragini MMS 2, a lot of myths will be busted. It’s not just sex in the film, in fact that’s a very small portion of the movie.

In this film they will see my acting and their minds will hopefully be changed. When people watch me in the film in totality, then probably they will judge me based on my acting skills rather than anything else.”

While Sunny is grateful for the attention that her sex status has brought her in India, she’s now looking to evolve as an actor and is keen to drop the erotica tag:

“I’m happy with the response my songs and steamy scenes have received. While I loved doing all that, I now want to explore the actor within me,” she says.

For now though audiences can enjoy her undeniable sex appeal in Ragini MMS 2 and prepare themselves for some scare and steam. Ragini MMS 2 releases from March 21.

Nadeera is a model/dancer hoping to take her talents further in life. She likes to carry her dance talent in charity functions and is passionate about writing and presenting. Her life motto is: "Live life over the top!"
Bhopal drama impresses Pan Asia Film Festival
Ragini MMS 2 ~ Review