Pakistani-made Josh is a story of feudal conflict and female empowerment. Directed by Iram Parveen Bilal, it was the first Pakistani film to be shown at the London Indian Film Festival, 2013.

Josh is the first Pakistani (Lollywood) film to be selected for screening at the London Indian Film Festival 2013 (LIFF).

The film is a social and emotional drama directed by Pakistani female director, Iram Parveen Bilal, and is already creating a buzz around the world as it tackles socio-political issues, which have placed Pakistan under the world’s media spotlight.

The film is already setting landmarks around the world. It first premiered at the 2012 Mumbai International Film Festival to rave reviews. It also won the 2012 Los Angeles Women in Film Finishing Fund award for Narrative Feature Film. 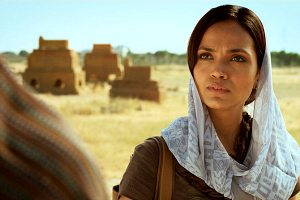 “We decided to make a film loosely inspired by this woman Parveen Syed who runs these food kitchens around Karachi. It’s about the resilience to do things in Pakistan despite whatever is going on.”

“You’re dealing with themes of class divide, feudalism, education, nationalism, and poverty. So that really is what the film is,” adds Iram.

It tells the story of a young woman who goes against her families wishes to investigate the disappearance of her Ayah.

Her decision leads her family, herself and her whole village through a battle against the antagonist leader of their district and his men. The film displays the energy of the nation displayed through the young people of Pakistan.

The film also displays a somewhat westernised element of Pakistan. With some great cinematography, one emotional scene shows glimpses of commercial street billboards and a high storey office building shining in the evening shade of the sunset, toppled with some smoothing background Pakistani classical music. 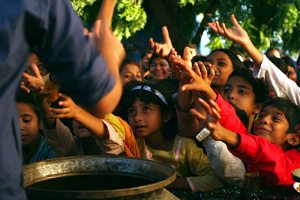 It is one of the few moments in the film that Pakistani’s living abroad may sense a connection with their homeland, truly a spirit of pain, pleasure, unity and independence.

Iram makes her directorial debut in Josh and has been anticipating seeing how foreign critics and viewers will perceive the film in the west.

Josh represents the new wave of cinema occurring in Pakistan at the present, where film makers are utilising hard-hitting storylines and off-beat scripts to relate to the current socio-political situation of Pakistan at present.

It took Iram four years to make the film which as a result has seen more independent films go into production in Pakistan: “We are part of the new wave and Josh has kick started this new wave. Seven to eight months after starting working on the film, ten films were in production. Josh celebrates the resolve of the human spirit.”

The director urged all Pakistanis to support and watch the film when it is released. Unlike mainstream films, the first day of ticket sales for Josh will also determine the longevity of the film in cinemas in Pakistan.

At the LIFF screening Q&A, Parveen told the audience she makes films not to make money but to get important messages across. When asked about her film making process she said: “I look for the emotional truth of the scene.”

Her view of crime is that people do crime for money and she wanted to help them through her film: “The youth moment was also the theme of the film,” she added. 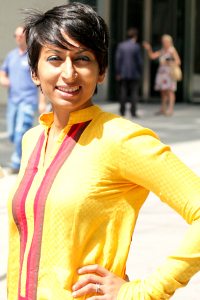 She urged people to help the youth of Pakistan. The children’s charity which tackles poverty in Pakistan is also the backbone of the film and highlights child poverty through an emotional display of scenes of hungry children set around uplifting music in some great cinematography.

Leading Pakistani actress, Aamina Sheikh plays the lead protagonist role of Fatima in Josh for which she won the SAARC award for Best Actress. Speaking about her role, she said:

“Fatima was raised in a comfortable household and is sheltered to an extent. But in her childhood she was supported by her nanny. So Fatima was able to see the world through her eyes.”

Sheikh plays opposite her real life husband Mohib Mirza. Both are superstars of the Pakistani entertainment industry in films, television dramas and modelling. Aamina’s most notable roles have included the very successful Pakistani television dramas, Daam (2010) and Mirat Ul Uroos (2013).

LIFF chose Josh as the first Pakistani Urdu language feature film to be shown as part of their mission to show films of various languages from South Asia and around the world.

“We have got very strong female leads in other films so it is quite nice to be able to reflect a more positive image of Indian and South Asian women and that in some small way reflects some of the experiences of women.”

“So in a gentle way we are reflecting and focusing on women in a stronger way this year,” Cary added.

The LIFF screening saw a very good turnout. Even in the silence of the audience, one could sense the charged atmosphere that was lit up by the compassion felt for the characters and their turmoil on screen.

For some audience members this was the first Pakistani film they had ever seen, and they were thoroughly impressed by the both the acting and the filming. 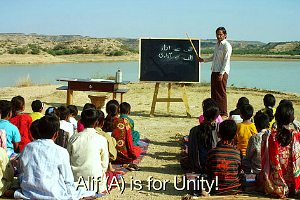 Many of the audience found it deeply poignant and enjoyed watching the film for its portrayal of the feudal society in Karachi.

There was a strong spirit amongst the Pakistani’s in the audience who felt proud of the portrayal of their home nation in the film: “It is good it’s coming out of Pakistan. There should be more (films like Josh),” said S. Masood.

Josh is a small fish in the big sea riding on controversial topics for support but it also gives a voice to the oppressed people of Pakistan.

It tells us about the pain of being a Pakistani today, it also shows us the pleasure, and spirit and unity of an independent and modern Pakistan set against the countries own religious and cultural values.

LIFF 2013 is a perfect platform for the film to get worldwide recognition, which it may not have received if the film was only to be shown in Pakistan. The film will see general release on Eid day.

Nazhat is an ambitious 'Desi' woman with interests in news and lifestyle. As a writer with a determined journalistic flair, she firmly believes in the motto "an investment in knowledge pays the best interest," by Benjamin Franklin.
The London Indian Film Festival 2013 Closing Night
Pakistani TV show gives away Newborn Babies