Pawan Kumar’s second film as director of Lucia has rapidly won over UK audiences. The film beat all others for the Audience Award at the London Indian Film Festival 2013.

"Lucia is my dream, and when I wake up from this dream, I hope to see many more dreamers.”

After months of planning, fundraising and promoting, Lucia was finally given it’s chance at the London Indian Film Festival (LIFF) on July 20 and 21, 2013. It is officially the first crowd funded Kannada film to be screened at LIFF.

In an exclusive Gupshup with DESIblitz, director Pawan Kumar talks about his desire to do the film. Having been crowd-funded, Lucia offered Pawan and his team complete creative freedom and opened a door for budding young artists to enter the industry.

Starring Neenasam Satish and Shruthi Hariharan, the film is set in vibrant Bangalore. 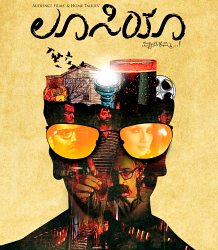 It is a turbulent ride where the lines between dreams and reality are blurred to delirious effect. The soundtrack of the film has been composed by debutante Poornachandra Tejaswi, a software engineer turned music composer.

Pawan is a well known Kannada film director, actor and screenwriter. He has been recognised for his work in films such as Manasaare (2009), Pancharangi (2010) and his directorial debut Lifeu Ishtene (2011).

Pawan expressed: “When I dreamt of Lucia, I didn’t have a slightest clue that it would someday become more than just a movie script. Lucia has become an experiment, and the positive results of this experiment could bring in hope and make careers for thousands of creative people. Lucia is my dream, and when I wake up from this dream, I hope to see many more dreamers.”

Having come from a theatre background, Pawan used to write scripts for plays on stage before working as an associate director with Yograj Bhat. He has won numerous awards and been a finalist over his continuously developing career, including Young Performing Arts Entrepreneur 2009 (India finalist) by British Council, Best Actor Thespo 2002, Best Creative Direction for Times Playfest, Best Director for Lifeu Ishtene and many more.

In December 2011, he announced on social networking websites that his next directorial project was going to be Lucia. For the next two hard-working months, he met with quite a few producers and top actors but found it difficult to find funding for his film.

This led to him pitching the idea of inviting people to produce the film alongside him. This film will be the first Kannada movie to bypass the traditional film-financing mode.

Speaking on this new venture, he said: “As many of my well wishers have suggested, I am game for the idea of making Lucia with Crowd Funding. Making a Kannada film with Crowd Funding is to stir up things in the industry, to initiate a new wave.”

For directors such as Pawan, it offers the much needed freedom and a chance to be truly creative that tends to get shut down when major production houses are involved:

“Lucia has 110 producers from whom we have raised Rs 50 lakh in a little over 27 days after Project Lucia was announced on Facebook,” said Pawan, adding that a further 600 have invested Rs 8.5 lakh in publicity funds.

This also opens the door for struggling actors who are finding it hard to make their name through large production houses.

Pawan stated: “We will be giving opportunities to all the talented people who are otherwise crushed by the industry politics and favoritism. If you are a talented person waiting for the right opportunity, you should write to me, I will accept or reject you depending on your talent alone.” 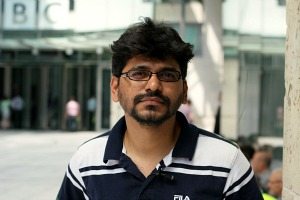 With Facebook acting as the sounding board for the exchange of ideas, Pawan said, Lucia has seen ‘netizens’ contribute the most to his film:

“We sourced some of the raw voices after watching them on YouTube, and have given them their first major break. Even the star cast has freshness that should click with the youth,” he added.

After playing supporting roles in over 15 films, Neenasam Satish is more than happy to have the main role in Lucia. Talking about playing the lead, Satish said: “I feel audience can recognise me, as I have done around 15 films. So, I think it’s the right time to make the move. It feels good to play a hero.”

The film also stars Shruti Hariharan, who has always come across as a focused actress: “My theatre background has helped me fetch varied roles in the beginning of my career itself. Frankly speaking, directors do not give me glamorous roles. They would rather give me roles that have character.”

The film itself has been a huge hit at LIFF, winning the prestigious Audience Award for it superb storyline, directing and acting. For Pawan, such an honour was a huge surprise: 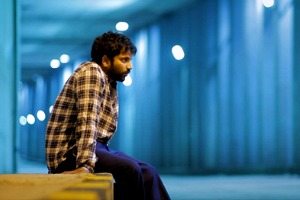 “To win this award in the face of such powerful competition is a dream come true for me,” he said.

However, he admits that while the recognition the film has received is second to none, seeing the film officially released in India is still yet to be achieved:

“In our website we have written that the vision of Project Lucia was – ‘To bring back the dignity in making and watching a Kannada movie’. I guess we are inching towards it.

“However, the big hurdle is yet to be crossed. Sending this film to various prestigious festivals and winning accolades is one thing. But actually getting it to release right here in our own state is the most difficult thing,” says Pawan.

But it seems that the buzz surrounding the film has spread from London back to India. Actor Irrfan Khan also expressed high praise for the film saying: “I saw the film and I am quite impressed with it. It has a very interesting plot and has earnest performances by the lead actors. The film is very well-made.”

Lucia is a stepping-stone in creating a new platform for new directors and actors. Since it is also the first crowd-funded film, it has given the public an opportunity to be directly involved themselves.

With Lucia creating such an impact on everyone who comes across it, it seems undoubtable that the film will eventually see the release Pawan has been hoping for, especially as many in India are now expecting an official release date for the movie.

Meera grew up surrounded with desi culture, music, and Bollywood. She’s a classical dancer and mehndi artist who loves everything connected with the Indian film and television industry and the British Asian scene. Her life motto is “do what makes you happy."
Pakistani TV show gives away Newborn Babies
Priyanka Chopra goes Disney in Planes