Anant Mahadevan’s Life is Good saw its UK premiere at the London Indian Film Festival 2013 in a special screening. It stars Bollywood actor Jackie Shroff in a delicate and intriguing role.

“I saw a fabulous vision, a lovely film and it was a pleasure working with the whole team.”

At the London Indian Film Festival (LIFF) 2013, Life is Good made a fitting entry for all the right reasons. It is an independent film directed by renowned Indian director and actor, Anant Mahadevan who started his acting career in Chandni (1989) alongside Bollywood diva, Sridevi.

The film stars legendary Bollywood actor, Jackie Shroff who is known for his big budget commercial films. Independently-made Life is Good is an unusual choice for him, a touching film inspired by the personal diary of well-known screenwriter, Sujit Sen.

The film provides plenty of laughs, tears and a lesson in life to the viewers. An emotional drama, Life is Good revolves around a 44 year old man (played by Shroff) and the father-daughter friendship which he forms with a 6 year old girl (played by Sania Anklesaria).

Jackie plays Rameshwar who is an unmarried, middle-aged accountant at a post office. After the death of his handicapped mother, Rameshwar falls into a heavy depression and contemplates ending his life. The arrival of 6 year old Mishti changes his outlook forever. 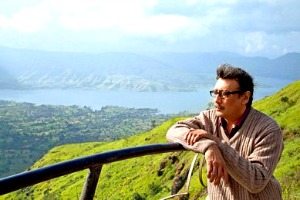 Speaking about choosing Jackie for the role, Anant insists:

“Jackie fitted my role very well. He will give one the impression that his is the character etched out of the neighbourhood. He has given a subtle performance. In fact, the moment he heard the script, he connected with his mother whom he loves very much. This part got an impeccable performance out of him.”

Shroff added: “I saw a fabulous vision, a lovely film and it was a pleasure working with the whole team.”

“Compared to King Uncle it is different but the interaction with the girl is similar. In King Uncle, the character hates the girl but in Life Is Good he likes the girl.” 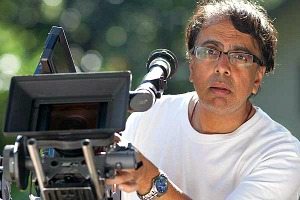 After viewing the film at LIFF we also drew similarities with Shroff’s character in the film Kaash (1987), his career defining movie in which he played the role of an emotionally drained man who takes care of his dying son.

Despite the child and adult emotional attachment shared in all three films, Life is Good is actually inspired by the personal diary of well-known Bollywood screenwriter Sujit Sen. Mahadevan and Sen were friends and after Sen’s death in 2005, his diary was given to Mahadevan in which Sen had also written down his ideas for the script:

“I met Sujit a few weeks before his death…he showed me a diary in which he had noted…how his little niece inspired and motivated him to live and how he developed a deep and enduring friendship with her,” says Mahadevan.

“Jackie lost his younger brother very early in life. When I narrated the script to him, he just closed his eyes and went into a different zone. Everything felt into place and I thought he had probably identified with the character.”

Anant says: “The film is not emotional in the true sense. The film is based on incidents of life that happen to be life changers. Let me tell you one thing: Life is really good, if you make it good. It is all on how you interpret your life.”

Child actress, Sania Anklesaria who plays 6 year old  Mishti spoke about how amazing it was to work with Shroff. She said: “It didn’t feel like you were shooting (a film) but it was more like a party.”

Actress Ankita Shrivastava, who plays the young girl’s mother, said: “Despite Jackie Shroff’s superstar status he didn’t make us feel like he is a superstar and that we are not, he was very supportive and encouraging.”

The film also stars Darshan Jariwala from the film Kahaani (2012) and multi-talented actor Mohan Kapoor from Raaz 3 (2012) who plays the young girl’s father. 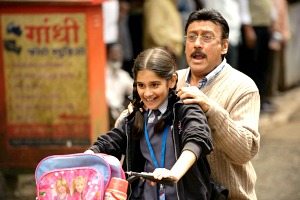 The music fits in perfectly with the film’s innocent and down to earth story line. It’s message echoes as a lesson in life about the effects of too much emotional attachment towards the people we love.

It would be rare for production houses in India to invest in a movie like Life is Good because it doesn’t offer all the things that a big budget commercial film offers.

However, Festival Director, Cary Rajinder Sawhney says:  “It is a very beautiful story about intergenerational friendship.”

“It is just about two people, two human beings forming a bond that lasts a lifetime. It is quite beautiful and gentle story, which is kind of on the edge in terms of story, as you would imagine, but it actually is just about that camaraderie between human beings,” he adds.

Life is Good is an independent film that befits a place at the LIFF for being creative and original unlike big budget dance and fight sequence movies which Bollywood dishes out every month.

Honing in on basic human relations that exist between different people, Life is Good is a touching and remarkably made film that truly represents the growing success of India’s Independent cinema.

Nazhat is an ambitious 'Desi' woman with interests in news and lifestyle. As a writer with a determined journalistic flair, she firmly believes in the motto "an investment in knowledge pays the best interest," by Benjamin Franklin.
Ship of Theseus creates waves in Bollywood
B.A. Pass screens at LIFF 2013