British artists Anish Kapoor and Stuart Semple are in the midst of an unusual feud. It focuses around NanoSystem’s “blackest black” pigment of paint.

"This paint will not make it’s way into the hands of Anish Kapoor."

British artists Anish Kapoor and Stuart Semple have been caught in a rather odd feud, all surrounding paint. In particular, the “blackest black” paint.

The feud all began over the release of Vantablack, a paint developed by NanoSystem. The British company claim it acts as the “blackest black” available. Originally, the intentions for Vantablack involved military and scientific reasons.

However, British-Asian artist Anish Kapoor decided to buy the rights of it. Therefore, the courts granted him the only person able to use the “blackest black” paint for artistic purposes. He managed to disallow any other artists from using it.

Stuart Semple disagreed with Anish Kapoor’s exclusivity to use the colour and decided to react in a rather unusual fashion. In December 2016, he created a new colour “Pink” which he dubbed as the “pinkest pink”.

Stuart also ensured that other artists could use the paint. However, he barred only one person from using it; Anish Kapoor. Even when you purchase the pigment, a message reads:

It further reads: “To the best of your knowledge, information and belief this paint will not make it’s [sic] way into the hands of Anish Kapoor.”

However, the British-Asian artist raised the stakes by illegally obtaining a small pot of the paint.

Casually flicking a middle finger, it’s not difficult to guess who he directed his message to:

Many in the art world wondered how Stuart would respond to this. But, he has taken the feud to a new level. By releasing a new paint colour, called “Black 2.0”. He claims it’s better than Vantablack.

The pigment supposedly creates a black hole effect, as it traps all light. In addition, the artist has again denied Anish Kapoor’s access to it. Stuart Semple showed off the effects of Black 2.0 on his social media. 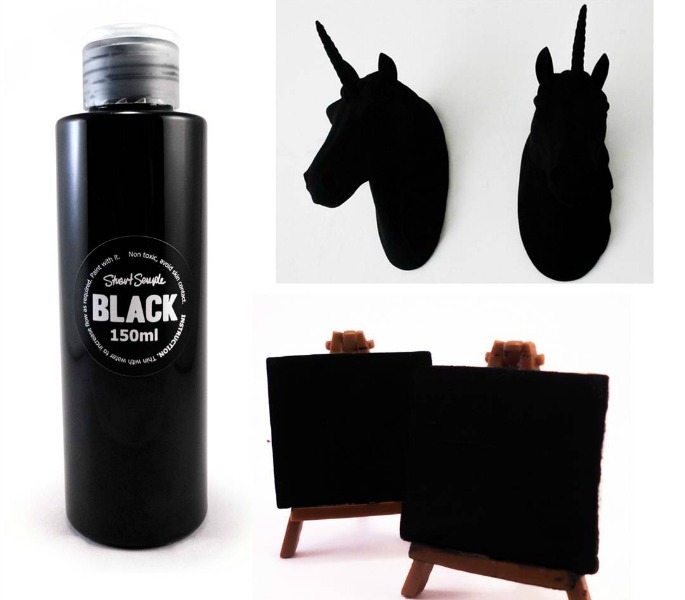 Yet, it seems that Stuart Semple may have landed in hot water with Anish Kapoor. On 30th March 2017, he revealed how the British-Asian artist may sue him!

So it seems that this odd feud is far from over.

To see more of their artistic work, you can follow Anish Kapoor and Stuart Semple on their official Instagram.