The Asia House Bagri Foundation Literature Festival returns for 2017 with an exceptional line-up of writers and thinkers from the UK, Asia and the Middle East.

Gender divides, social issues and the human condition are just some of the key topics to expect at the Asia House Bagri Foundation Literature Festival 2017.

Now in its 11th year, the festival welcomes a diverse array of writers and thinkers to Asia House’s London headquarters for a series of literary events between 9th and 26th May 2017.

In addition to the Festival events in May, Asia House will also run several key pre-and post-festival talks in April and June.

Christina Lamb will officially open the festival on 9th May 2017.

One of the UK’s leading foreign correspondents, Lamb is the bestselling author of I Am Malala, written with Malala Yousafzai. In her special talk kicking off the festival, Lamb will discuss the ever-evolving landscape of reporting from overseas. 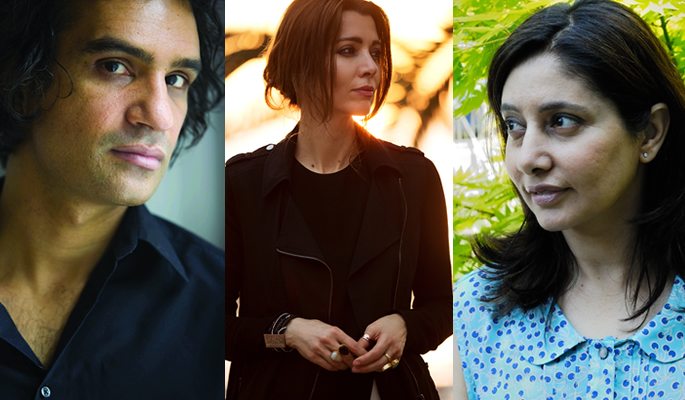 Amidst a multi-cultural backdrop, the 2017 festival programme reflects the incredible diversity of talent from the UK, Asia and the Middle East.

However, rather than simply focus on society’s paradigm of ethnicity in general terms, the festival will also hone in on the unique and revealing voices of British Asian women.

In ‘The Things I Would Tell You: British Muslim Women Write’ talk, four prominent writers will discuss the narrow misconceptions that surround Muslim women living in the UK today.

These talented writers are Egyptian playwright and poet Sabrina Mahfouz, Leila Aboulela, Selma Dabbagh and Samira Shackle. Speaking about the power of the spoken word, the 19th April event will be chaired by literary critic Arifa Akbar.

Part of the Literature Festival features a series of ‘Sin Cities’ talks sponsored by Cockayne Grants for the Arts, a donor-advised fund of the London Community Foundation, with prominent writers from across the Asian continent. On 20th April, ‘Away in Four Indian Cities’ will see the likes of Sangeeta Bandyopadhyay, Preti Taneja and Deborah Smith discuss the vibrancy of place.

Sangeeta Bandyopadhyay is a Bengali author of Panty and is famous for reintroducing ‘hardore sexuality’ into Bengali literature.

Preti Taneja is the British author of Kumkum Malhotra. Her upcoming novel, We That Are Young, takes inspiration from Shakespeare’s King Lear, set in contemporary India.

Bandyopadhyay, Taneja and Smith will be discussing the rich culture and glamour of Mumbai, Kolkata, New Delhi and Kashmir. 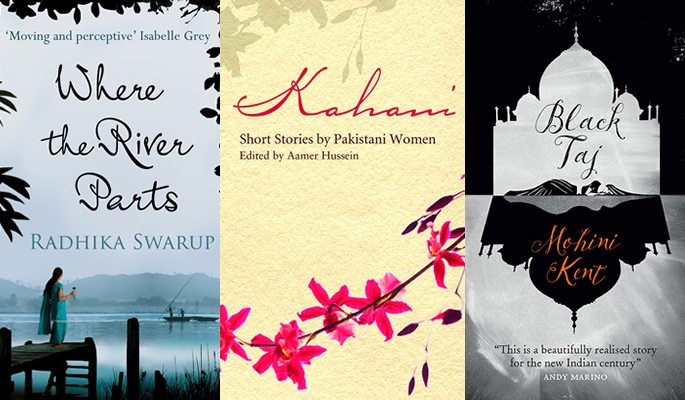 2017 also marks the 70th anniversary of the Partition of India and the creation of Pakistan.

Aamer Hussein (Kahani: Short Stories by Pakistani Women), Mohini Kent (Black Taj) and Radhika Swarup (Where the River Parts) join author and editor Kavita A. Jindal to discuss post-colonial literature and the aftermath of Partition for Indian and Pakistani citizens.

Author of Maps for Lost Lovers, Nadeem Aslam will also be in conversation with Maya Jaggi on 26th May discussing his new novel The Golden Legend, set in contemporary Pakistan.

In addition to South Asian literature, the festival will also welcome pan-Asian authors and writers to the stage. Some of them are Singaporean writer Choo Waihong, Chinese-British novelist and filmmaker Xiaolu Guo, and Korean-American author Min Jin Lee. 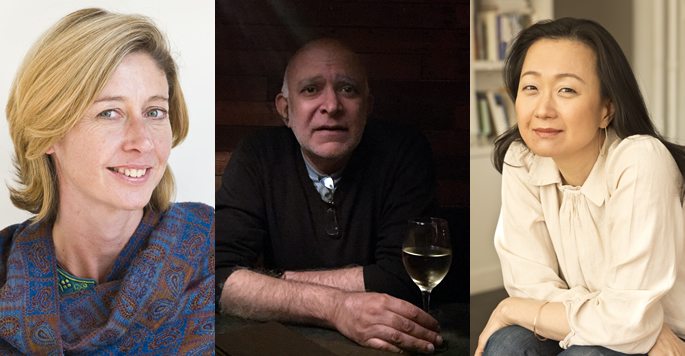 And taking a short break from the literary discussions, Asia House presents an exclusive night of comedy on 13th May with award-winning comedians Bilal Zafar and Yuriko Kotani.

Here is the full programme for the Asia House Bagri Foundation Literature Festival 2017:

The Things I Would Tell You: British Muslim Women Write
April 19 18:45 – 20:00
Sabrina Mahfouz in conversation with Leila Aboulela, Selma Dabbagh and Samira Shackle and chaired by Arifa Akbar.

A Present-Day Rubaiyat
May 9 13:45 – 15:00
Ruth Valentine in conversation with Kamin Mohammadi

The Empire Writes Back
May 10 18:45 – 20:00
Aamer Hussein, Mohini Kent and Radhika Swarup chaired by Kavita A. Jindal

An Odyssey Across the Middle East
May 17 18.45 – 20.00
Ece Temelkuran in conversation with Diana Darke

“We have put together a rich and diverse literary programme designed for all lovers of the written word in all its shades.” 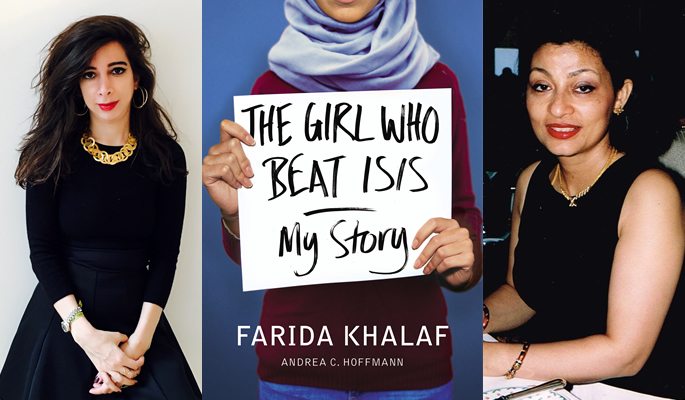 It is evident that through these dynamic and interactive events, Asia House hopes to address some of the challenging truths that we are faced with in today’s climate.

From concerns of economic stability to the acceptance of free speech to improving diversity in the mainstream, these talks are sure to encourage vibrant debate.

As well as a fantastic line-up of events, Asia House is offering a special Arts Membership for cultural lovers.

Their new spring deal entitles literature fans to one free Asia House Arts Membership (worth up to £30) for an entire year. As a member, you can enjoy 50% off all tickets, as well as a complimentary drink at each event.

To be eligible, you will need to buy three general admission tickets for events at the 2017 Asia House Bagri Foundation Literature Festival. Once purchased, send an email to enquiries@asiahouse.co.uk and start enjoying your year-long Asia House Arts Membership!

Students and festival goers aged 60+ need only buy one ticket to a Festival event to be eligible for this exclusive offer. You can find out more details about this spring deal here.

With so many fascinating events to look forward to, the Asia House Bagri Foundation Literature Festival is truly unmissable.

For more details on specific events and talks, or to book tickets, please visit the Asia House website here.