DESIblitz presents What is British Asian Literature? at BLF 2017

On Saturday 7th October 2017, DESIblitz.com proudly presents ‘Stories Crossing Boundaries: What is British Asian Literature?’ at the Library of Birmingham.

One of the prime strands of the Birmingham Literature Festival, this special panel discussion will touch on the diverse literature that is emerging from around the UK.

Authors Bali Rai, Bidisha, Radhika Swarup and photographer Mahtab Hussain will join DESIblitz to discuss the relevancy of British Asian literature in multicultural Britain. Sharing their own creative journeys they will also reveal the challenges that many ethnic minorities can face in this field.

For writers hailing from a BAME background, fair representation more often than not falls short in the creative arts. It is quite rare that ethnic writers, including British Asians, are celebrated in the mainstream, despite the depth of talent that flows from these communities.

As successful creatives in their own right, Bali, Bidisha, Mahtab and Radhika tackle the political and social construct of ‘being ethnic’ head on, in what promises to be an engaging and insightful debate. 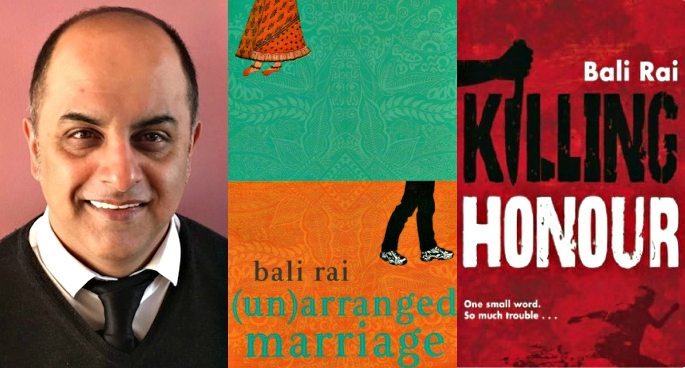 Leicester-based Bali Rai is the acclaimed author of (Un)arranged Marriage, Rani & Sukh, and Killing Honour. A popular writer of young adult fiction, Bali’s stories are targeted towards Asians growing up in the UK.

As an active writer of the British Asian experience, Bali uses Desi culture as a bedrock for his storytelling.

Many of his books are gendered around the lives of young British Asians torn between two worlds, east vs west. And Bali offers a refreshing insight into the social issues that cloud Asian communities all over the UK.

From discussing honour killings, arranged marriage, to interfaith love, Rai draws on his multicultural upbringing to offer a voice to the underrepresented.

Bali tells DESIblitz: “My inspiration has always been Leicester – the UK’s most diverse city and the only one without an ethnic majority.

“My experience of multiculturalism has always been organic. I grew up with people from all kinds of backgrounds because we lived together, were schooled together, and learned about our common humanity as a natural thing.

“It wasn’t measured or imposed upon us. We simply had no other choice. That organic interaction forms the basis of what I do with my writing. The specific British Asian stories are just one aspect of a wider whole.

For Bali, BAME or British Asian Literature should not be so definitively compartmentalised. Just as experiences and individuals change and evolve, so too should storytelling:

“My goal was to make it everyday and normal to read about diverse characters – so that there’s no need for British Asian or BAME fiction shelves in bookshops because no one cares what background the protagonists come from. That is a long way off, but it’s the core of what I try to do.”

The acclaimed author agrees that better diversity in literature festivals also needs to be encouraged, and adds:

“I’m delighted to be working with DESIblitz as part of BLF and excited about the panel event. I’m also keen to see greater diversity within literature festivals and DESIblitz are providing that, which is awesome.

“Anything that engages the British Asian community with books, reading, poetry etc… is wonderfully welcome.

“It’s a chance to hear what writers think about their status as ‘British Asian’ authors, at a time when diversity might be a buzz word but true diversity is still a long way off. I’m really excited about it, and can’t wait to get stuck in!” 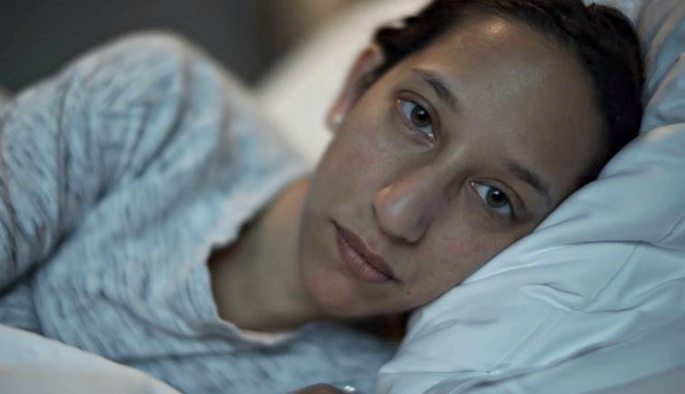 Bidisha’s passion for writing began at a young age. After publishing two novels very early on in her career, she primarily focused on non-fiction, journalism and broadcasting in TV and radio. Her return to creative writing came in 2015, and she tells DESIblitz:

“From 2015 onwards I’ve experienced a lovely creative flowering: I’ve written, published and performed my poetry, a beautiful art form which is really flourishing these days. And this year I directed my first short film, An Impossible Poison, which is premiering at the Breaking Ground festival in Berlin in mid-November and will be available On Demand after that.”

For Bidisha, identity is very much a fluid concept. Individuals are continually growing and understanding themselves better:

“British Asian identity changes according to personal feeling, context and history. I believe that you can find a sense of home, place and family anywhere in the world that suits you – you don’t need to be tied to your family background or even to your present circumstances.

“We have the right to move and live everywhere and to be inspired by anything that speaks to us. We certainly shouldn’t be tied to writing only about certain places, themes and issues.”

Bidisha admits that she is excited to be a part of the Birmingham Literature Festival, celebrating diversity and representation in creative writing. Speaking in more detail about the ‘What is British Asian Literature’ event, the writer and journalist explains:

“Audiences can expect a nuanced, intelligent discussion of all the different ways British Asian writers create and think. It’ll be about defying stereotypes, breaking out of the boxes we’re put in, answering back to simplified and patronising expectations and exploring our imagination.

“We’ll also talk about our process as writers and our career development. Hopefully, it’ll be informative and inspiring.”

“It’s a great honour to be a part of this joint enterprise, with organisations who promote literature, the arts, culture and diversity. We need this unity and dynamism more than ever now. DESIblitz are brilliant at finding and putting forward a rich range of voices and talents who represent the cultural world as it really is: as varied and international-minded. It’s an inspiring thing to be a part of.”

Also on the BLF panel is photographer Mahtab Hussain. His exhibition, YOU GET ME?, offers a fantastic window into the male British Asian perspective.

“My sole intention was to represent these men on gallery walls, spaces that they have been invisible in. I wanted the men to be positioned as fine art portraiture, graceful, noble, beautiful Asian men worthy to be collected in museums and galleries and be part of the art historical canon.”

The striking portraits also feature in Hussain’s new book of the same name: “I made the series over a nine-year period, You Get Me? is a book centred on the experiences of young working-class South Asian Muslim men in contemporary Britain. Largely a book of portraits, it also documents the local environments of these men, picking up on manifest signs of multicultural identity.

“The portraits in You Get Me? are interspersed with evocative extracts from numerous conversations with Muslim men, principally in London, Nottingham and Birmingham.

“Bringing issues of identity, masculinity, displacement and belonging to the fore, the book addresses concrete experiences of these men against a backdrop of derogatory media representations.

“Confronting the politics surrounding immigration and identity in Britain, I am trying to celebrate the implicit agency of the sitters, while recognising their struggle to determine a sense of self.”
Mahtab will be using the platform at the Birmingham Literature Festival to discuss “why book form is so important in photography”. 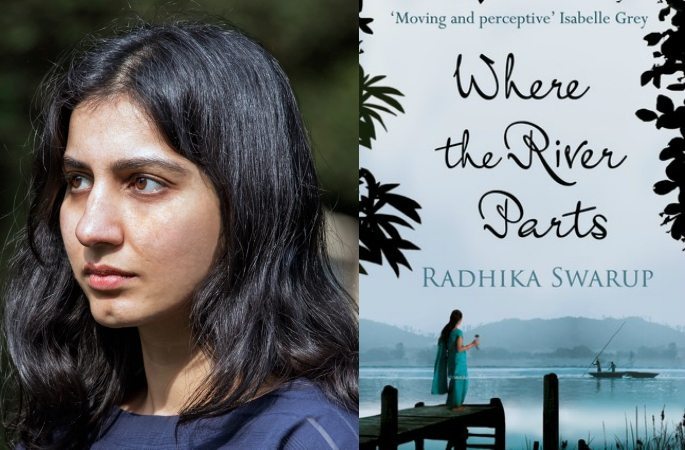 Radhika’s first novel, Where the River Parts, deals with an interfaith love that is exiled across borders.

Set prior to, during, and after the Partition of India in 1947, Swarup’s novel uncovers the challenges of finding acceptance between different communities. This is despite all sharing the same sense of space and place.

As Radhika tells us, her writing has always focused on “identity and isolation” and the impact of political events on “social cohesion in communities”:

“If you look at Where the River Parts, my protagonist is both Punjabi (from Pakistan) and Indian, and though her granddaughter is neither, she finds it easier to marry someone who is Pakistani.

“Identity, to me, becomes more fluid and more accepting the more you seek to understand the essential humanity in those who appear different. It is all too easy to draw boundaries around us.”

“In my native India, a Punjabi like me can feel very different to a Bengali or a South Indian, though of course, in England, we are all equally different to the indigenous population.”

What is British Asian Literature?

As these writers and thinkers have expressed in their own unique ways, identity and a sense of belonging are integral themes of British Asian literature.

But interestingly, these themes are not limited to the British Asian experience. Feelings of isolation, fear of acceptance and understanding our place in society are arguably universal experiences. And they come in all shapes, sizes and colours.

What this discussion endeavours to achieve is a wider understanding of the place British Asian and BAME writers and creatives have in the literary world. Is it fair for us to compartmentalise ourselves into a separate sub-group of UK literature?

If so, then what defines British Asian identity? Is it the cultural values passed down to us from a foreign land? Or is it our integration within mainstream society? How relevant are space and place when it comes to creating a compelling novel that can be enjoyed by all, no matter their race or ethnicity?

Bali Rai, Bidisha, Radhika Swarup and Mahtab Hussain will discuss ‘What is British Asian Literature?’ at the Library of Birmingham on Saturday 7th October.

For more details, and to book tickets, please visit the Birmingham Box here.