Nikesh Shukla and The Good Immigrant at BLF 2016

Social diversity and acceptance have been recurring issues in the UK for decades.

Can individuals from Black, Asian and Minority Ethnic (BAME) backgrounds ever feel truly at home in a country that classifies them according to skin colour?

Such is the topic of debate in The Good Immigrant, a collection of essays edited by Nikesh Shukla.

The book and its contents will be discussed at the Birmingham Literature Festival on October 14, 2016.

The Good Immigrant with its diverse array of writers tackles race and immigration in the UK. It hones in on the feeling of ‘otherness’ felt by communities and individuals in wider British society.

Backed by prominent authors such as J.K. Rowling and Jonathan Coe, the book which was published by Unbound, actually secured its crowd-funding target within only three days.

The Voice of the Immigrant

Despite Britain being widely described as a diverse and multicultural society, some people from ethnic backgrounds still struggle to be accepted on equal terms with their White counterparts. 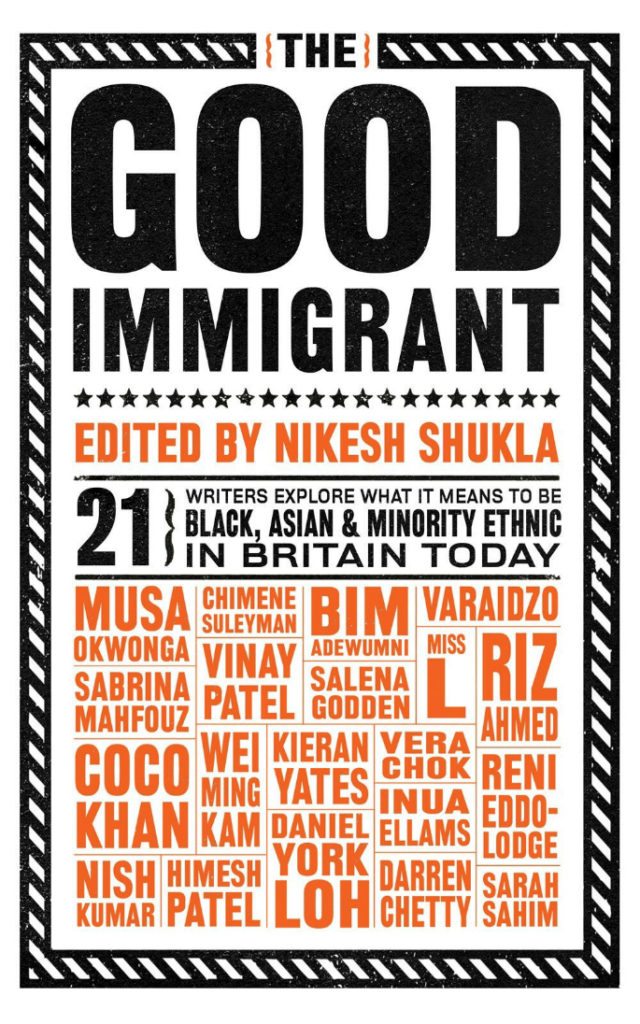 As laid out in the book, many studies have actually found that those from a BAME background are ‘much more likely to live in poverty than white British people’ (according to Institute of Race Relations).

The book offers a unique platform for BAME individuals across all field of media, art and entertainment to freely say what is on their mind.

The essays are each challenging, funny, and engaging, and reflect the diverse opinions of the minority voice.

Chairing the socio-political talk will be Imandeep Kaur, who will address the reasons behind immigration, why ethnicities choose to come to the UK, and how welcome or unwelcome they are made to feel.

Essentially the speakers will argue and defend what it means to be Black, Asian and Ethnic Minority in Britain today.

The Good Immigrant talk will take place at the Studio Theatre in the Library of Birmingham on October 14, 2016.

For more details about the event, or to book tickets, please visit the Birmingham Literature Festival website here.

Aisha is an editor and a creative writer. Her passions include music, theatre, art and reading. Her motto is “Life is too short, so eat dessert first!”
How Alexander the Great influenced South Asia
Asian Art in London showcases finest Indian Art