It took the King of Greece to connect the ancient world to India. DESIblitz explores the royal imprint Alexander the Great made on Eastern soil.

“There are no more worlds to conquer!”

When Alexander the Great stepped foot in South Asia, there came about change like never before. The people of India noted down a few things from the great conqueror, politically, commercially and even culturally.

In modern day Pakistan and the North of India, people refer to the ancient king as ‘Sikander-e-Azam’, which simply translates to Alexander the Great.

There have been adaptation of Alexander’s life on film, such as 1941’s Sikandar, starring Prithviraj Kapoor.

How can a King from Ancient Greece influence the people of South Asia so much? With India being so rich in culture, the Ancient Greeks still managed to make their mark.

Heard of the Gandhara School of Art? It all came from Hellenisation… DESIblitz travels back in time to when the Indians first met the Ancient Greeks and Alexander the Great.

Journey to the East

Alexander III inherited the Greek kingdom of Macedon after the assassination of his father, Philip. Already having conquered the Persian Empire, the young King had his sights set on the East. Some see him as ruthless, having murdered every person who could have possibly seized his throne.

Others believe him to be one of the ‘best-known rulers’ throughout history to have built the largest Western empire.

Fresh from defeating the Achaemenid Empire, who were the largest Persian power at the time, Alexander strove for not only the West of Asia but the East too.

During 327 BC, Alexander arrived in Punjab, Northern India. Ready to challenge him was a small Hindu King named Porus. His surprisingly large army of man and elephant startled his Greek opponent. Yet, Alexander left victorious. 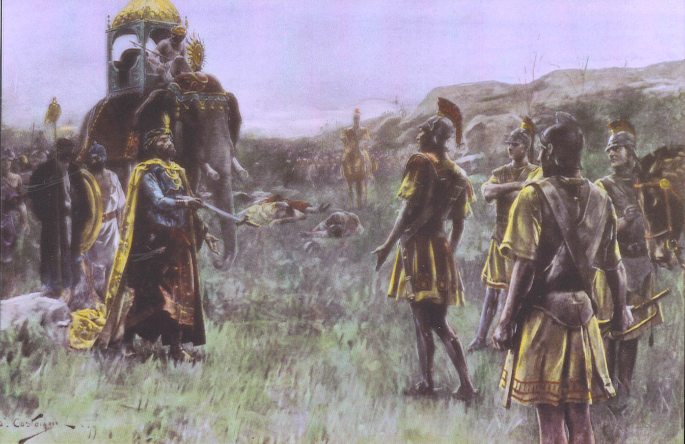 There was no bad blood between the two warriors as Alexander extended a hand of friendship to King Porus and allowed him to keep his kingship. He admired the Indian courage.

Before fighting Porus, Alexander faced another king named Ambhi. He surrendered to the Macedonian royal and later participated in the battle against Porus.

However, according to Greek historian Plutarch (AD 46-120), the battle with Porus ‘blunted the courage’ of the Macedonians and so their mission to take over India didn’t last long. Alexander arrived in Lahore, but the fatigue of his soldiers stopped the King at the Hyphasis, now known as the Beas River.

With a rule of only 2 years, Alexander’s death in 323 BC was sudden and unexpected. So by failing to establish his authority over the whole of India, history only speaks of a powerful King but doesn’t quite show us. The cities he once named slowly changed and his empire fell.

Even the altars he built were ruined over time.

What did Remain of Alexander the Great?

After Alexander came, Seleucus I Nicator who had been an infantry general under his leadership.

Seleucus became another Greek ruler who on the contrary claimed nothing but defeat. Chandragupta Maurya, who later overrules the Nanda Empire, was the victor and also took back a large amount of Indian Territory. A political achievement for India.

It could be said Alexander paved the way for such triumph. He began his Indian campaign by claiming small cities, which eventually led to his success.

In the same way, Chandragupta started small but finished big. As a young boy, the first Indian emperor commented on Alexander as ‘the invincible splendid man from the West’. 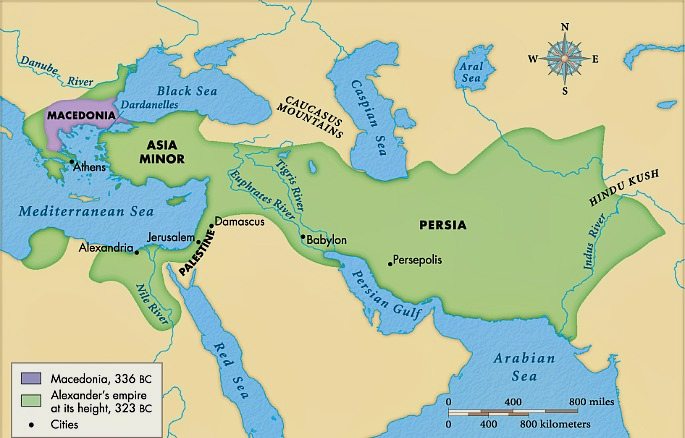 When the East found the West

Alexander connected two parts of the world with trade. Five main routes were established, one by sea and the other four by land.

As the Persian empire of the time was conquered, the relationship between Greek and India became more direct without the Persians included.

Greek developed into the speech of the traders, so there would not be a language barrier between the Westerners and the South Asians.

Along with Alexander came Greek scholars and writers, who absorbed the Indian way of life. The animals, food and philosophies such as Hinduism and Buddhism were so starkly different to Greek ideals that they had no choice but to submit to the influence of India.

More interestingly, the Indians took to Greek culture very well. The Gandhara School of Art originated from Hellenistic influence, and as a result images such as of the Buddha were born.

Professor Ali Ansari, who teaches Iranian Studies at St Andrews University, is a proclaimed ‘expert’ on Iran. Naturally, he has written about the demolition of the Persian Empire at the hands of Alexander.

Professor Ansari describes Alexander to be ‘characterised by the Persians as a destroyer, a reckless and somewhat feckless youth’.

Having a superpower like a Macedonian King take over Northern India for two years encouraged the South Asians to strengthen and unify. 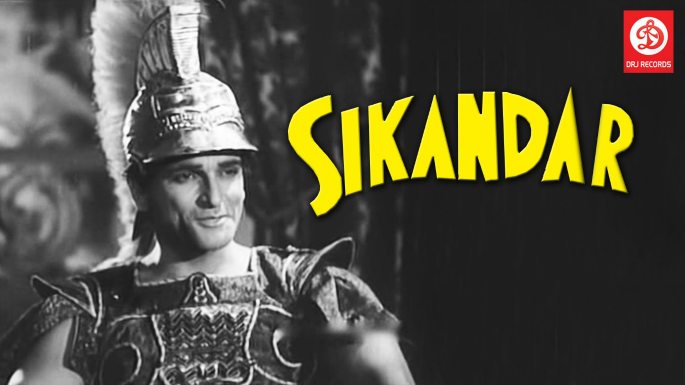 The Nanda Empire managed to discourage the Greek army from another victory and it was because of their overwhelming number of over two hundred thousand men, Alexander’s Indian campaign came to a reluctant end.

Alexander’s death prevented the promising victory of India, but the attempt he made created a ripple of changes which lived on through the Indian people.

During his reign, Alexander encouraged intermarriages with the ‘foreign’ women and the use of Greek language throughout the country. He wanted to spread multiculturalism and took great interest in the religious ideologies of India.

Words of wisdom by the great Alexander III: “There is nothing impossible to him who will try.”

Indeed, the Greek King Alexander the Great lived through with his motto and tested the Eastern lands.

The fruits of his labour still resonate as history has never spoken of such bold endeavour to unite one part of the world to another.

Fahmeen is a creative writer and thinker. She loves writing fictional stories. Her life motto is: "We are but travellers in this world, so don't feel lost when we aren't even at home."