House of iKons showcased an array of emerging designers and their exquisite collections as part of London Fashion Week. Media Partner, DESIblitz has more.

“Our collection is always about us as designers"

House of iKons celebrated its 3rd year anniversary for its fashion show as part of London Fashion Week. The Millennium Hotel on Gloucester Road, London, opened its doors to keen fashionistas on Saturday 16th September.

Showcasing the incredible collections of designers from all over the world, each year, House of iKons attracts fashion lovers, elite personalities and media from all across London.

Savita Kaye, the founder of House of iKons, opened this year’s show explaining how the show is going on to bigger heights after hitting six cities and launching in its 7th city at the end of September 2017.

Embracing global couture, House of iKons handpicked brands from across the world for the fashion show. Talented designers were sourced from the South Asian continent, Middle East and across Europe.

Outstanding Fashion at House of iKons 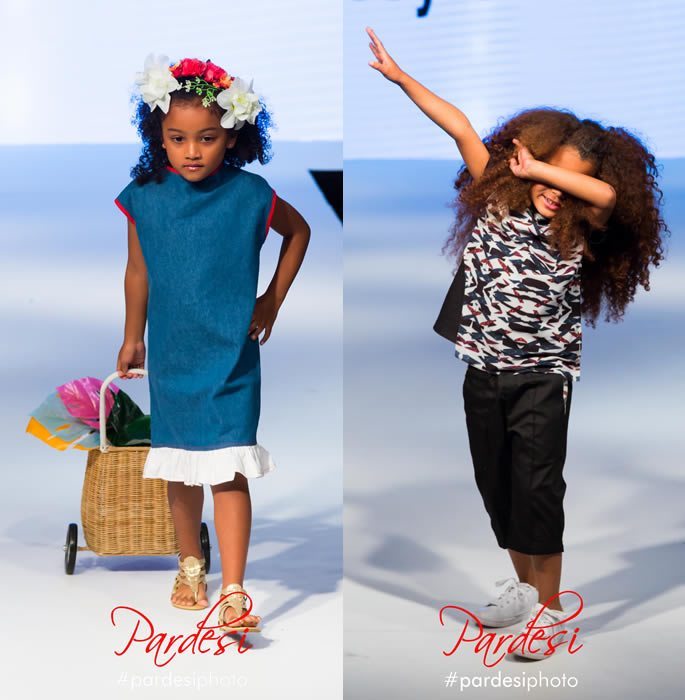 17 new generation designers showcased at the event and brought their own unique collection.

From using quirky children as models for Isossy Children to majestic model couples for L’Orosz by Reka Orosz.

Two Swiss Pakistani sisters are the founders of ShenAnnz. They revealed how their theme reflected in each of their pieces: “The name of the collection we have brought today is called ‘Candle in the Wind’.” 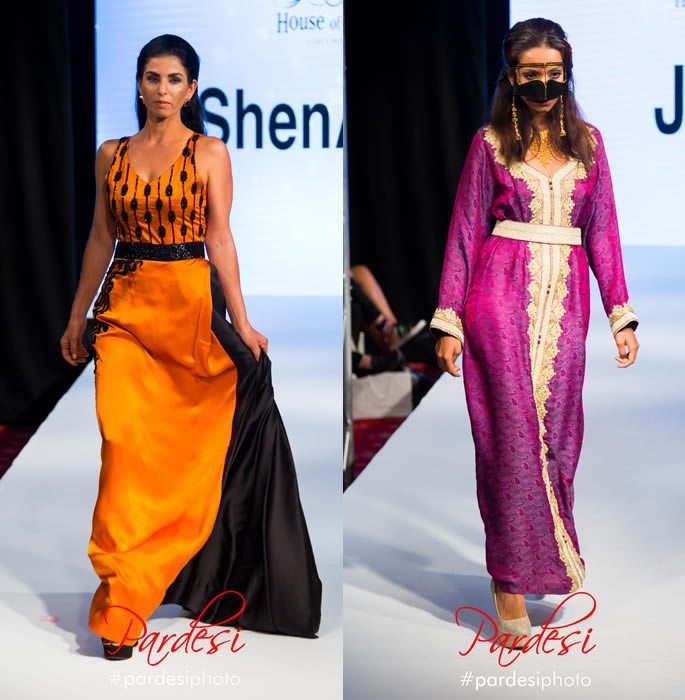 For the sisters, candles depict women as lights of the world, even though they burn themselves:

“Colours are orange and black, where orange depicts the flame which has energy and is confident. Black depicts the soot – the hurdles and obstacles she comes across during the journey.”

The entire collection showcased elegant silks and reflective satins with delicate embroidery against a burnt orange and black backdrop. From floor-length gowns to cigarette trousers, the illusion of candles burning was remarkable:

“Silhouettes are sleek and straight – that is the simple wish that a women has to grow and rise high,” they added. 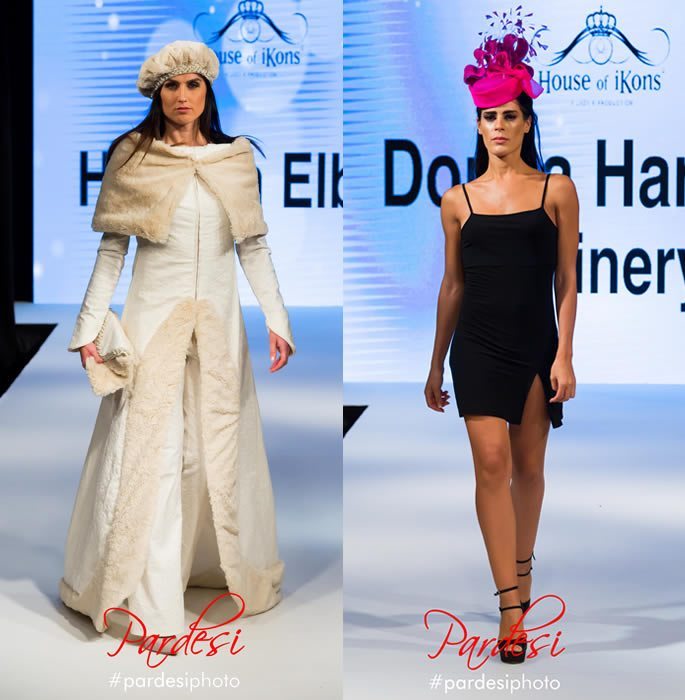 Showing the natural ecosystem through scarves, Philipp Sidler‘s collection was based on Origami:

“This would give different animals like a turtle, frog. We also have a collection of the big African 5. Spring collection is with Flamingos, Dragonflies,” said the wife of Philipp Sidler.

The brand also has a responsibility towards the environment, so scarves are made of Modal and Cashmere, which meet the ethical and eco-friendly standards. 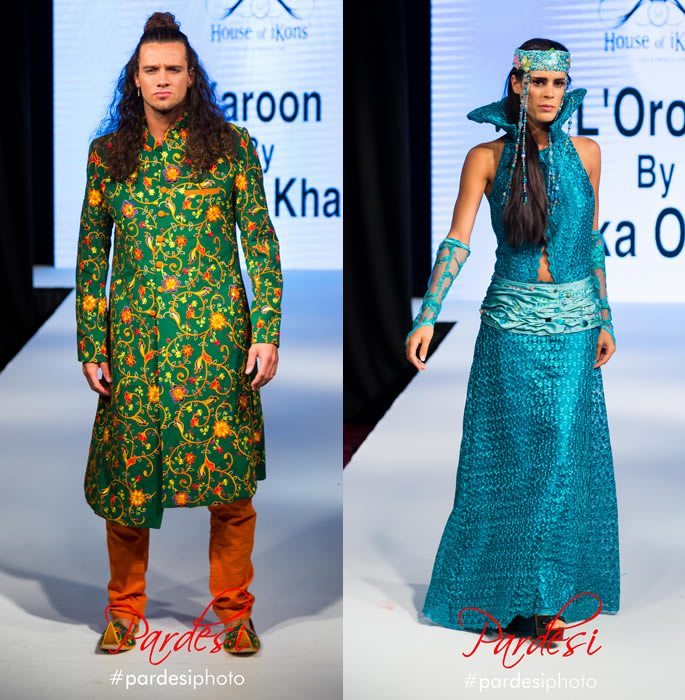 The influences of the designers varied from having Eastern influences, by Sherin’s Couture and Xaroon by Fahad Khan, to local European influences brought by Donna Hartley.

Sherin’s Couture showcased an array of glamorous formal gowns, while Xaroon presented a vibrant collection of Desi pieces that had been customised for the West. From printed sherwanis in bright and earthy greens to embroidered velvet jackets.

Designer Donna Hartley presented her collection of elegant hats on the runway. She explained: “Our collection is always about us as designers. There’s a lot of where we live, which is rural Spain, and we work really calmly. 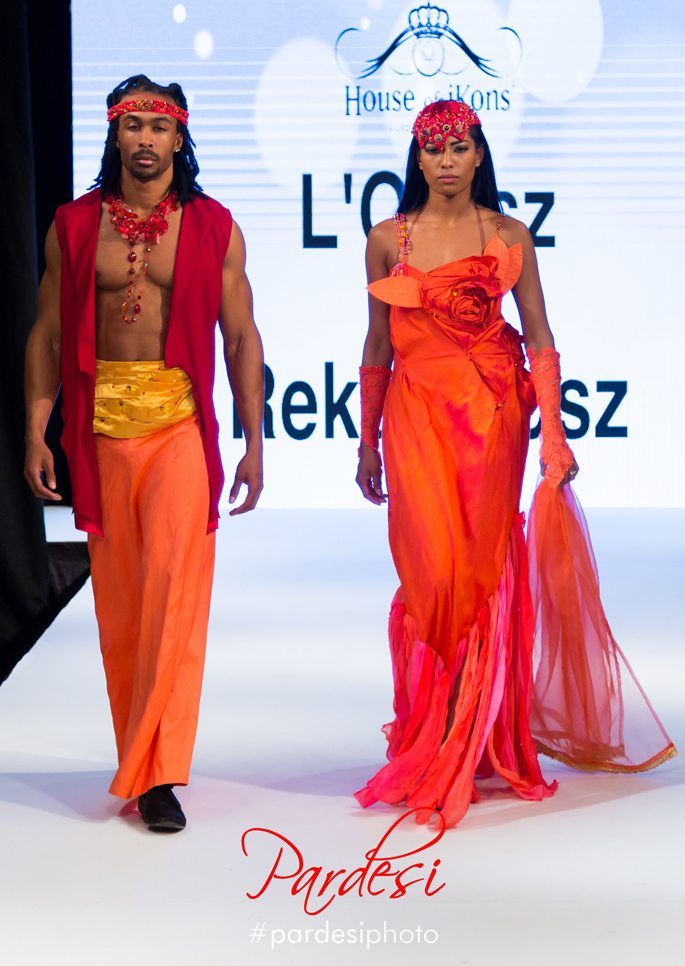 “Every hat has a name, e.g. femme fatale. We think this hat looks like this. Everything we do comes from the heart.”

It happened to be that for both the afternoon and evening shows, the closing designers were the most memorable with their creations. 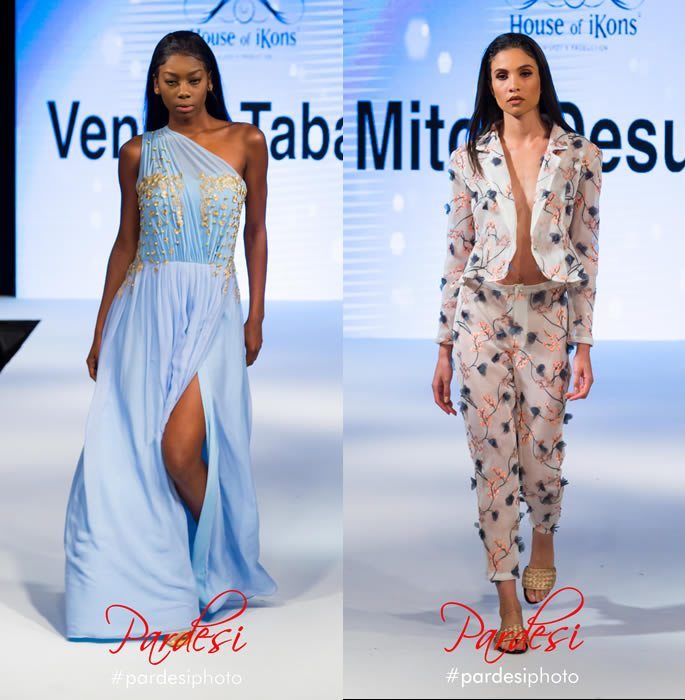 The futuristic collection that took fashion to a new level was bold and daring, and certainly made an impact on audiences. 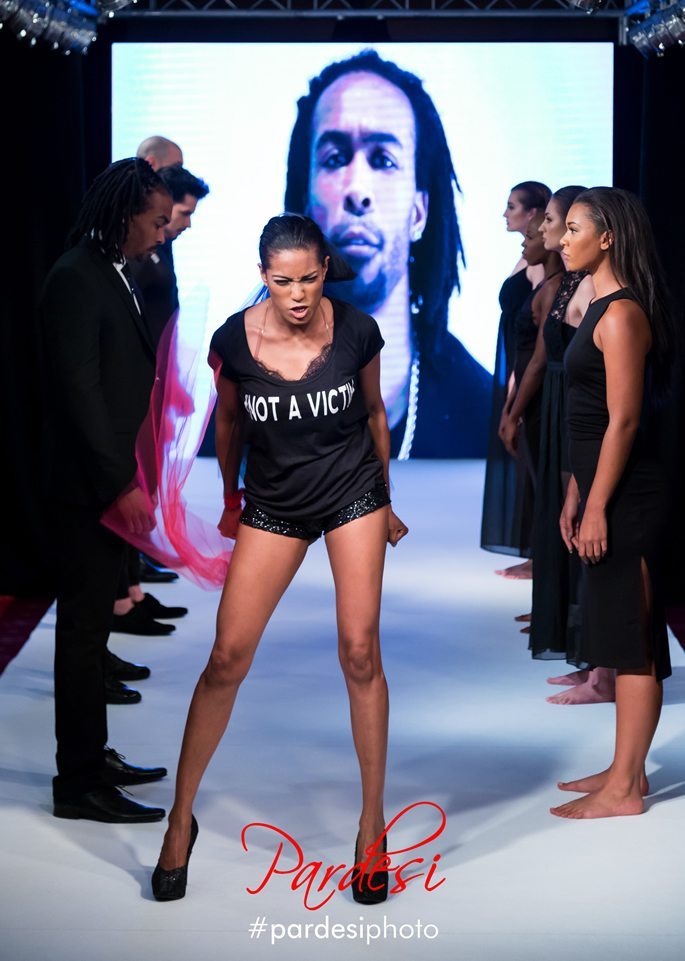 The Sharan Project’s special association with House of iKons began from Savita’s own personal experiences.

Savita revealed at the start of the afternoon fashion show that she has been a sufferer of domestic violence and took help from The Sharan Project during that difficult time. 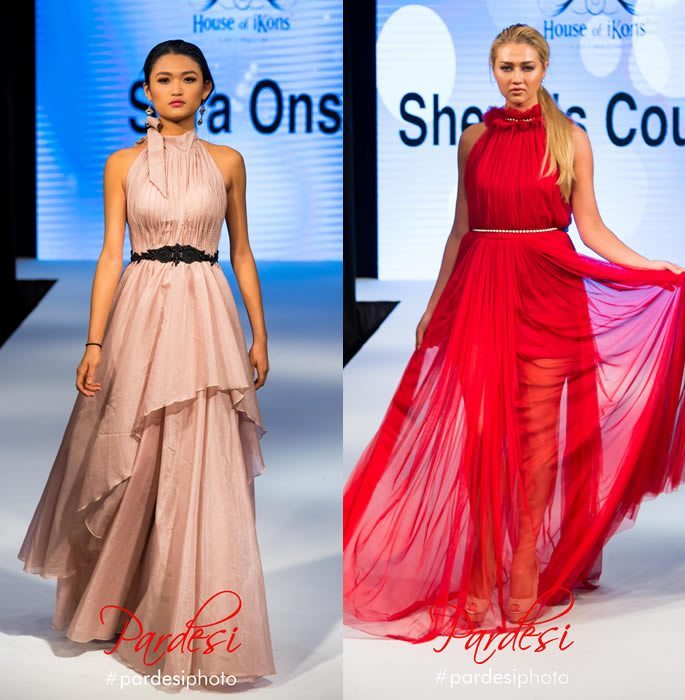 Savita was nominated as an ambassador 10 years ago and now she is using her platform to “stand on behalf of all these women to be their light”.

The afternoon show opened with the theme of domestic violence informing the audience of the hard-hitting facts related to this. There was a dark mood created with the outfits and the use of the song, ‘Human’ by Rag’n’Bone Man, added to the emotions.

It was wonderful to see Savita utilise her fashion show to promote better awareness of these social issues that still go on even today. The moving presentation made it very clear that sufferers of domestic violence are not alone, and there is help and support out there. 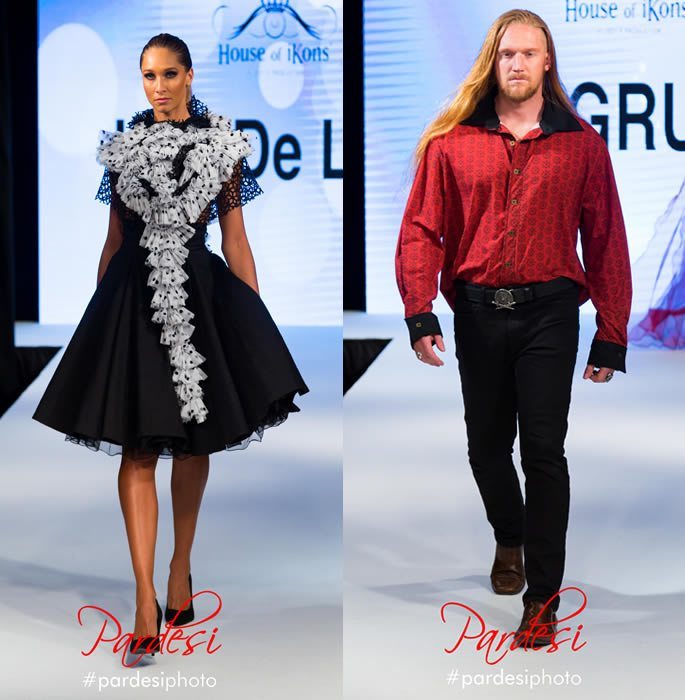 For the September edition of House of iKons, Savita Kaye handpicked the emerging designers that showcased their collections on the ramp.

ShenAnnz revealed how they met Savita at the Women Economic Forum: “She was already following us on Instagram and wanted us to be at the show.”

Similarly, Philipp Sidler was also being followed on social media by Savita and this was how he was asked to come over to House of iKons. This shows how social media is a powerful tool for up and coming designers to give their designs a more global reach.

Savita exclusively told DESIblitz that she was really pleased with how the day went: “All my designers have been absolutely amazing and they have all been a highlight.” 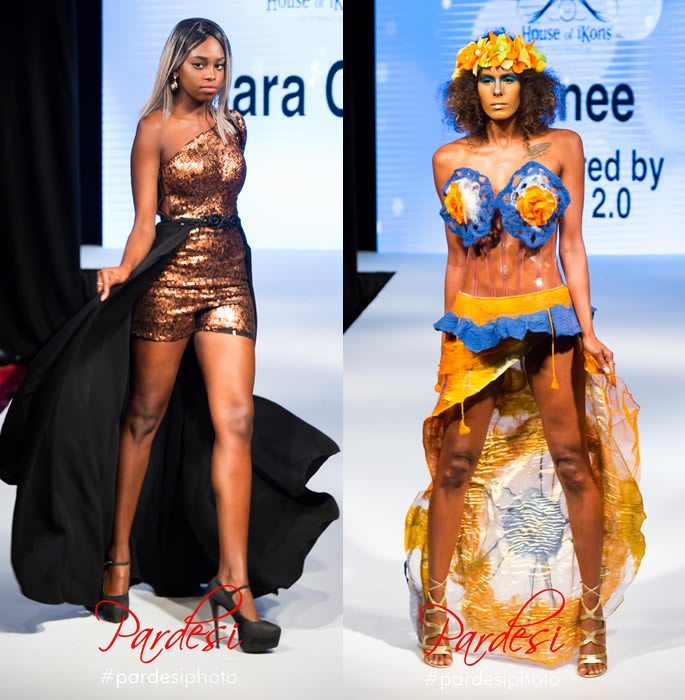 In terms of her plans for the future, she added: “I hope that there are more opportunities for emerging brands around the world.”

Savita Kaye under her Lady K Production banner is keen for House of iKons to pursue bigger heights: “Next year, bigger and better shows and more cities around the world.”

With House of iKons now an established international fashion house, DESIblitz has no doubt that it will continue its success on the ramp. And gain even more momentum by supporting noble causes. See highlights from the February 2017 show here.

Take a look at more catwalk images from House of iKons September 2017 London show in our gallery below: 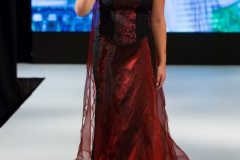 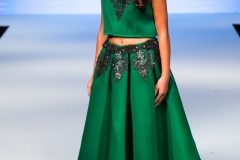 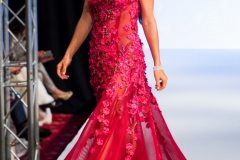 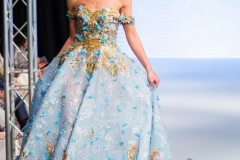 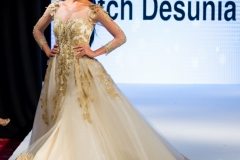 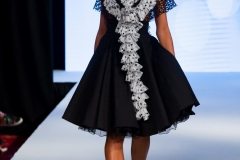 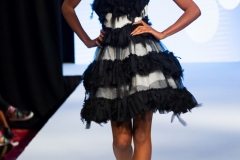 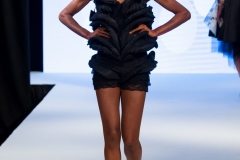 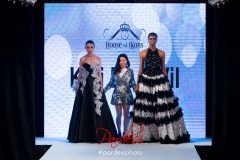 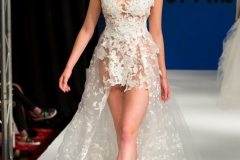 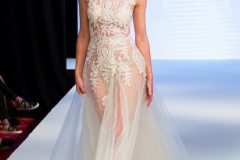 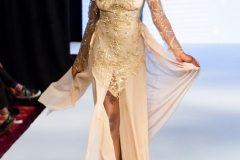 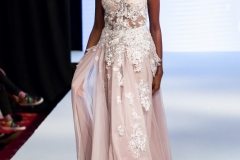 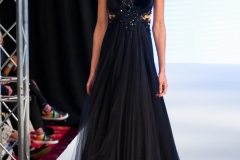 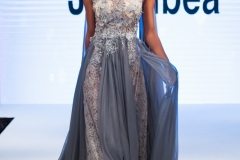 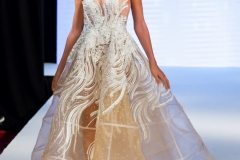 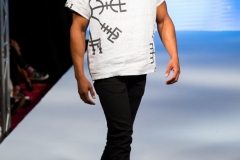 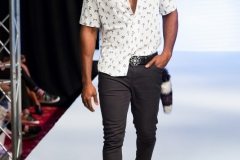 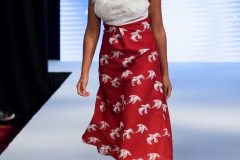 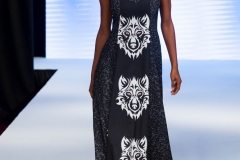