Hosted by TV personality Jo Shah, the show partnered with The Prince’s Trust. They raised money with two Fashion Mixers throughout the day to give young people a better life.

This seems to be an attribute of Savita’s as she established House of iKons in order to aid and give global designers a centre stage position to showcase their work. Merging with the music scene, Lady K Production has also joined forces with BritRox TV.

Since the launch, shows have graced catwalks in places such as L.A., Beijing, Abu Dhabi, Dubai and London. This October, House of iKons is set to put on a show in Manila, Philippines!

The grand opening by Isossy Children was a delight for guests to see child models strut down the catwalk and completely steal the show. The adorable children wore Chanel-chic capes, frills and oversized jackets smothering them in fur. 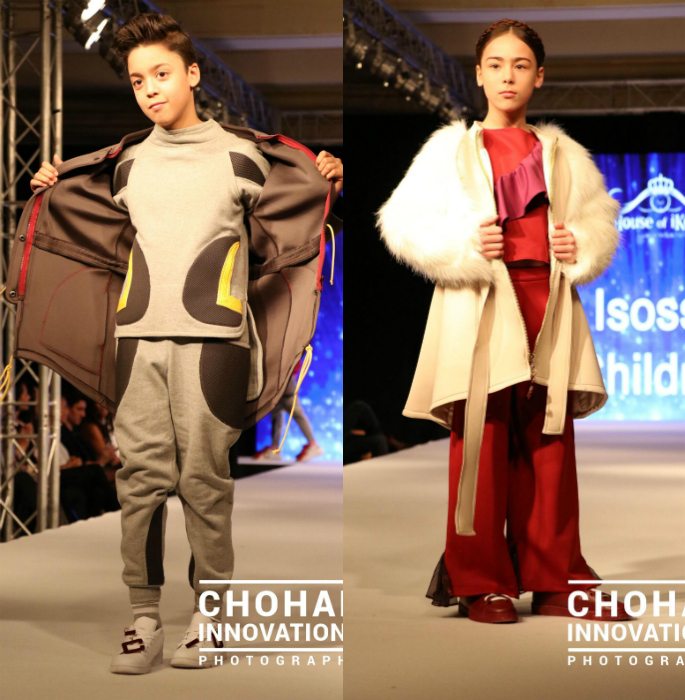 The swimwear and lingerie by Nicole Jane were also adored for its use of patterns, one and two pieces and beautiful cover-ups.

All the way from Brunei, Naforrer by Farhanna Pura is the home of gowns, cigarette trousers and fishtail dresses. The light colour palette, delicate details and obi belts show her Eastern roots.

NNC London, a funky brand, made use of neutral tones and the quickly rising trend of oversized casual clothing. The details of an incomplete question add a hipster touch. 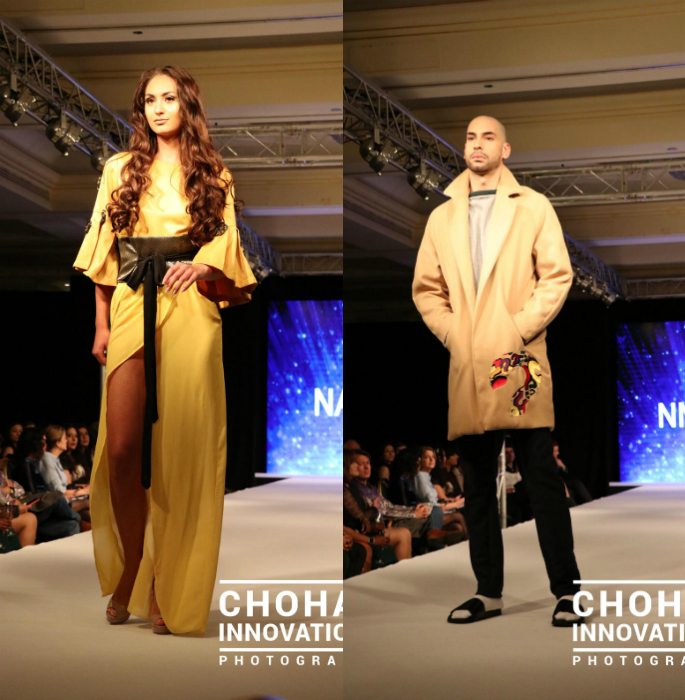 JOLIE proved to be a crowd favourite for their floor length kimonos, dresses and jackets. The floral embroidery and detailed waists, cuffs and collars all reflected a definite Eastern influence.

EmMarie by Emma Curtis displayed 80s fun co-ords, jumpsuits and pencil skirts. Making use of vibrant colours and materials like leather and satin, her versatile line has something for any woman.

Catching up with Emma, she told us her line is “practical, has simple shapes and wearable”. Furthermore, the Irish beauty informed us that the collection was “inspired by nature” as she “grew up in the countryside”. After only finishing college in May, DESIblitz is looking forward to seeing great collections from her in the future. 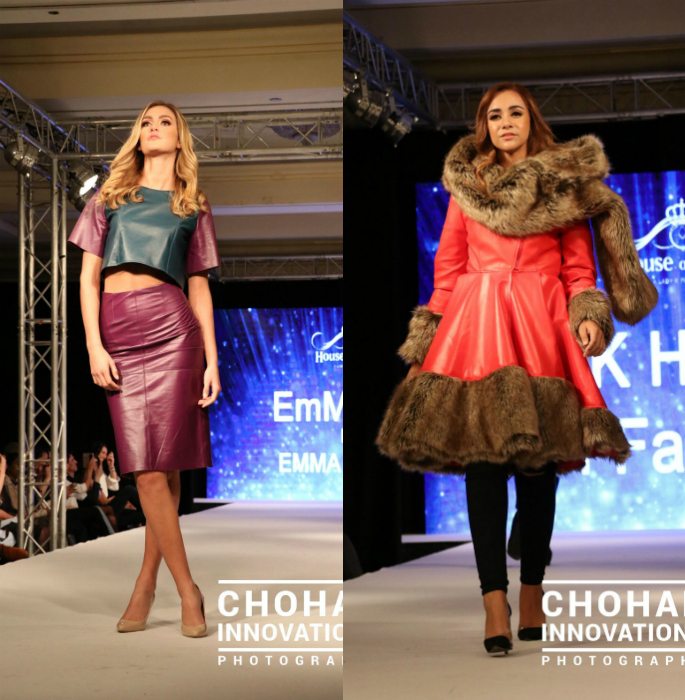 Niche Clothing, also worn by entertainment girl group Limited Edition, was designed “for all occasions”. The line screams Beyoncé through its fitted catsuits, usage of mesh and left the models glittering under the lights. Garments branded with a signature “N” tag made them easily noticeable.

Streetlethic by Reka Orosz had earthy vibes and knit detailing on the neck and cuff. They even brought back the poncho! 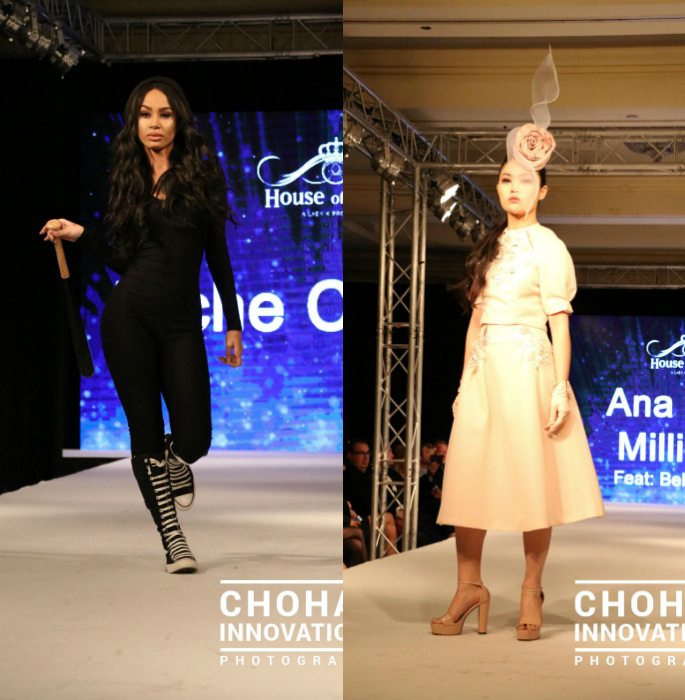 Raquel Sutherland designed a line for “everyday wardrobes” in an array of summery garments with a slight theme of red and blue patterns.

Showcasing a “modest” line, AMIRAB burst with silk scarves, ethnic gowns and was very innovative for the Western market.

Beyond Label by Andreea Deaconu is for all women with varied dresses and glamorous figure-hugging fishtails.

The House of iKons’ grand finale Dimple Amrin had a touching opening by Savita who said it was “the first time in four years [she has] ever announced a designer”.

The line was “about woman and how they’re portrayed in society, the abuse that they face” and was “looking at gender equality”. Models wore face paint and star-studded material. The line was decadent in its use of capes, trains and bardots. 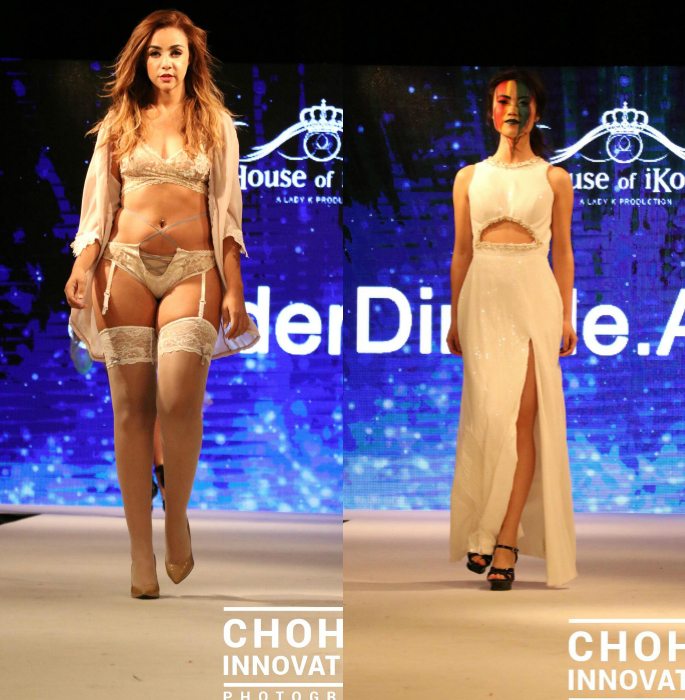 Common themes this year included frilly chic garments and lots of gowns! Perfect for a feminine wardrobe. House of iKons also saw a fashion marriage of Eastern and Western themes and styles.

DESIblitz predicts an entrance of tassels into the fashion world this year as few designers used them sparingly.

Designers Emma Curtis, Reka Orosz and DK House of Fashion were in the lobby as exhibitors and offering their products to try and purchase. Other exhibitors included Raneen Jewellery, Karen Messam Cosmetics and Rafealla.

Overall, the London Fashion Week show was phenomenal (as usual) and is back in September for Round 2.

Dupatta ~ A Cultural Icon or a Fashion Statement?
Priyanka Chopra and Deepika Padukone dazzle at Oscars 2017