Mahtab Hussain explores Masculinity and Identity in ‘You Get Me?’ Exhibition

'You Get Me?' is a “visual impression of contemporary Britain”

British Asian photographer, Mahtab Hussain explores the relationship between identity, heritage and displacement in his latest exhibition, ‘You Get Me?’

Showcasing at London’s Autograph ABP gallery from 4th May 2017, the project will uncover representations of multiculturalism as seen through the eyes of working class British Asian men.

Through 24 portraits, ‘You Get Me?’ is a “visual impression of contemporary Britain”. It questions what Britishness means to different people and communities.

By focusing on a very niche section of society, Mahtab is able to dispel the myths that surround young British Asian men and the typical ideals of what society deems Britishness to be.

Doing so, the photographer hopes to break down the barriers of ethnicity and race, and present England as all-inclusive society that welcomes all colours and races. 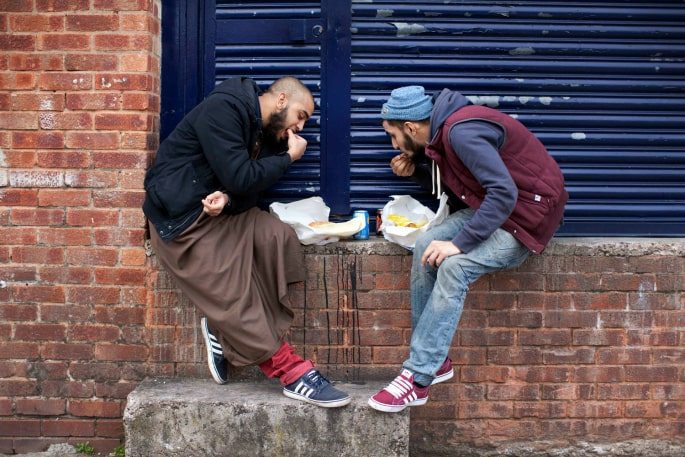 Many of the British Asian men portrayed in Mahtab Hussain’s portraits come from a Muslim background. Some have expressed the “ridicule” the feel when media outlets refer to them. The exhibition then, offers a platform to normalise portrayals of men who are often misrepresented.

Hussain understands that religion can be a defining aspect, however, he attempts to shift away from this emphasis. By showcasing the ever-changing identity of men, he brings to light the complexities of identity in young British Asian men.

Masculinity is also brought to the foreground. Themes of friendship, independence and authority exude through Hussain’s portraits. And modern portrayals of the alpha male remain as a lingering subject within his project.

Hussain reportedly spent the last six years piecing together photographs and research for ‘You Get Me?’.

Starting the project in the place that he grew up: Birmingham, the talented photographer later expanded to Nottingham and London.

The photographs displayed Autograph ABP will also form part of a new book by Mahtab, which is available to buy in June 2017. Hussain’s exhibition, ‘You Get Me?’ will open from 4th May until 1st July 2017.

To find out more about the exhibition and the artist, visit Mahtab Hussain’s website here.

Eshvari is an English graduate, currently pursuing an MA. She’s always changing up her hair from purple to pixie cuts and loves animals. Especially her cat, Benjamin. Her motto is: "Never let your schooling interfere with your education," by Mark Twain.