Author Abda Khan tells a story of a beautiful British Asian girl who keeps a dark secret in fear of the backlash from her family in the novel, Stained.

"Writing some parts of the novel [was] very challenging, and mentally exhausting"

Solicitor and author Abda Khan has written a captivating debut novel about the endurance and courage of a young British Pakistani girl, Selina.

A compelling and emotional story, Stained faces the reader with the uncomfortable reality of many Asian communities right here in Britain.

The author unapologetically unveils some dark truths that many of us are unaware of and even worse, deny; rape and upholding family honour.

In an exclusive interview with DESIblitz, Abda tells us more about her debut novel, Stained and her inspirations for writing it.

A personal and honest novel, Stained touches on the delicate taboo of rape in Asian society.

Female protagonist, Selina Hussain is a beautiful young British Pakistani. She aspires to be a human rights lawyer, yet as cruel irony has it, she is unable to fight against her own injustice, perpetrated by the local community “saint,” Zubair Qureshi.

When asked about the frequency of rape in British Asian society today, Abda tells us:

“I think it is as prevalent today as it has ever been, but I feel that there is definitely under-reporting in the Asian community due to izzat and honour issues.”

“I myself have come across cases where girls and young women have been raped, often by members of the family; in some cases, they themselves have kept it quiet, other times the families have ensured the girls do not speak out or go to the police.

“Selina, the main protagonist, keeps quiet about the rape… to ensure she doesn’t bring besti to her widowed mother’s door, however, ultimately, this leads her to an even darker place.”

Portraying a tragic turn of events, Abda forces the reader to anticipate wicked twists and turns the story takes.

‘RUN! Run faster!’ The journey begins immediately from the first three words, forcing readers into the tale of a young girl’s innocence and how it easily can be taken away.

Selina, under the pressure of family izzat (honour) goes to what Abda describes as “extreme lengths” to keep the rape a secret, ‘to escape this one man, I ran to another’. 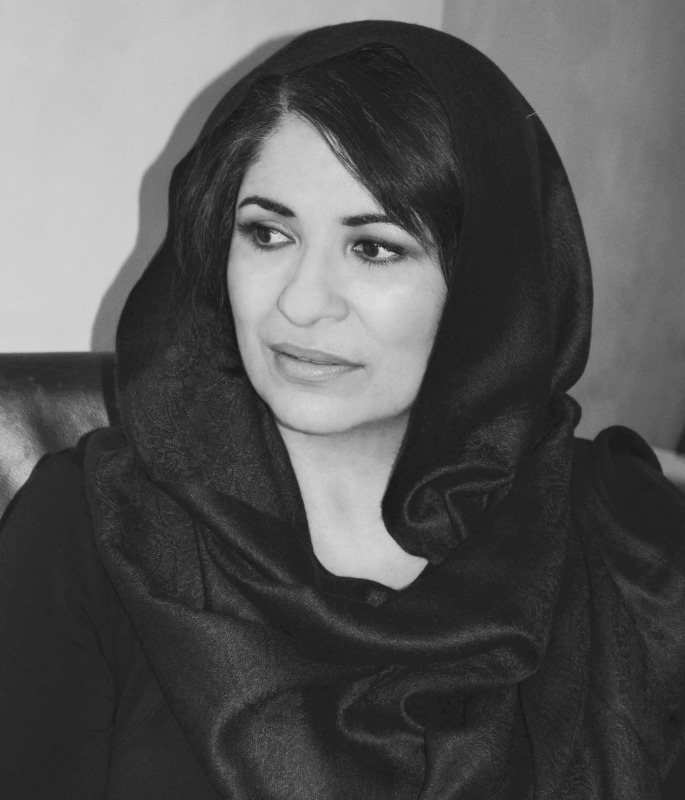 Abda Khan addresses crucial topics in her novel believing they can “equally apply to the British Indian/Bangladeshi and Sri Lankan communities” and all through the eyes of a young British Pakistani girl, whose personal tragedy challenges the entire community:

“I didn’t have any formal experience in creative writing, so I wrote from the heart really,” Abda says. The author’s authenticity at being a novelist is actually one of the highlights of the book, as she doesn’t overcomplicate the plot but expands on real life stories.

The book simply written speaks volume. The tone suits the protagonist very well, as Selina is portrayed as both naïve and inexperienced. It’s written in first person, which gives the entire book a personal diary feel, allowing the reader intimate access into the life of Selina Hussain.

From a crimson rose to the sound of a clock in the nearby distance, Abda significantly uses numerous tropes and symbolisms throughout the novel.

Of them include a red rose: “The crimson rose was significant more for the colour than the fact that it was a rose, although perhaps no other flower would quite do in the same way.

“And the connotation of the deep red colour was definitely to tie the image to blood; an important image throughout the novel,” Abda tells us.

‘Time was still. Except for the tick tock tick tock’. Selina also cannot escape the tormenting sound of the house clock, as it is everywhere including the room in which she was sexually abused. The dark memories seem to never be far from her mind.

While recently there seems to be more “openness” when discussing abuse and sexual violence, Abda believes the issue of rape remains “very taboo” in the British Asian community:

“I have lived and worked all my life in the sort of community that the novel is based in; I was born and grew up in inner city Bradford, and my law practice is based in a multi-cultural, working class town in the Midlands.

“I am a Solicitor by profession, and have no creative writing training or background, but I have always loved reading, and I noticed that whenever I walked into a bookshop, I rarely found any novels that dealt with the problems that are specific to British Asian women.

“There were plenty of factual books, but no novels written by British Asian female authors about the problems faced by Asian women in Britain today. So, I set about writing my novel.”

Whoever picks up this novel will witness the horrifying build up to sexual abuse, and all through a victim’s perspective. 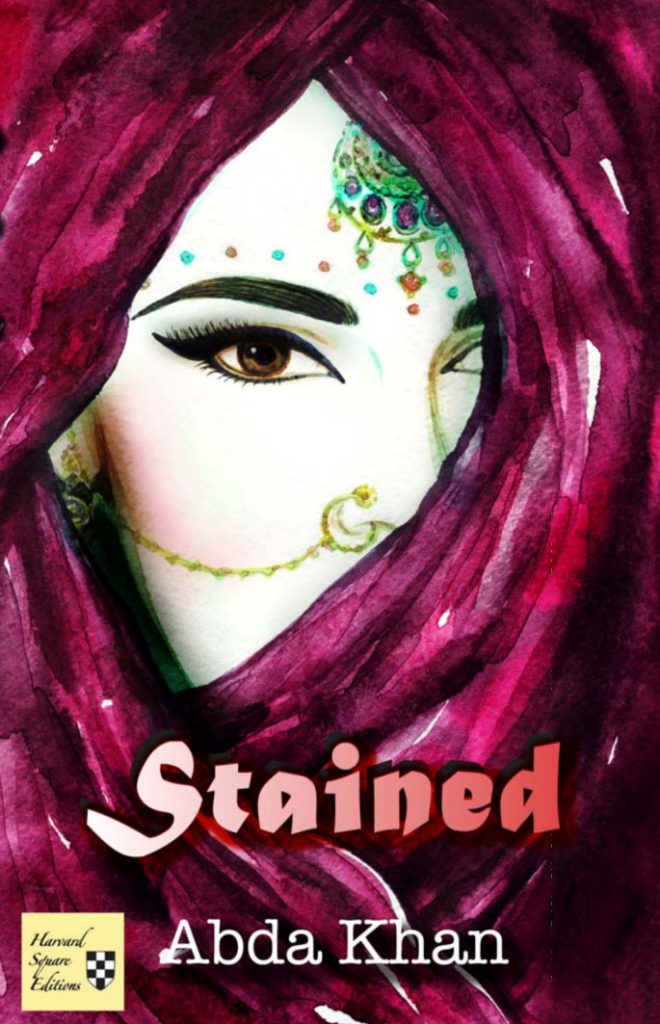 Rape being such a taboo subject within Asian culture, and there being no other novels catering to British Asian women, Abda Khan set about writing her own novel.

Stained itself was motivated by personal experiences Abda came across and dealt with:

“Whilst the book and its characters are entirely fictitious, I was able to draw from my work and personal observations in developing the characters and plot lines,” Abda says.

So, the question remains – when will things change? Will there be a change? And who’s going to stand up for the victims made to feel ashamed for daring to speak out, without the fear of “potential backlash from the family and community,” as Abda Khan believes?

She goes on to say: “Talking about it is just one element. It’s the fact that women are reluctant to go to the police to have the attackers prosecuted that is the other part of the problem.

“But I can see why women are reluctant, as this is where Asian women lose out the most…they have to bear the ordeal of a trial, which can often lead to the victim feeling as though she is on trial.”

Writing about such sensitive topics can cause backlash, and Abda Khan revealed she had reservations when creating the novel: “Yes, to a degree. I know there aren’t a lot of novels out there at the moment that deal with such a difficult issue.

“However, I felt strongly enough about the matter to overcome my initial qualms. Nevertheless, due to the nature of the theme, I did find writing some parts of the novel very challenging, and mentally exhausting.”

Abda Khan illustrates key themes throughout the novel, one being the repressed role of women in Asian culture. The Asian women throughout the novel are shown as ‘domesticated and obedient’. Her mother is always associated with cooking and the general household duties whereas the only male in the house is not.

Selina’s brother, Adam is given no responsibilities, free to become ‘lost in his own world’. The daughter however is taught to make ‘chappatis’ and has become so accustomed to the cultural expectations that Selina is always ready to walk in ‘with a tray of tea’ upon the arrival of guests.

The novel sits on a cultural understanding that women are subjects of men, and their opinion and rights are secondary. This is evident in Selina’s broken marriage and her helplessness at being unable to reveal her trauma.

Stained is a vitally important novel for the British Asian community. It unearths truths that have long simmered beneath the surface, and Abda Khan is extremely brave to bring them to light.

When asked what messages she wants the reader to take away, Abda Khan replies: “I hope the novel prompts people to question the unfair treatment of some women in our communities, and perhaps make a change for the better.”

Stained by Abda Khan will be available to buy in October 2016.

Fahmeen is a creative writer and thinker. She loves writing fictional stories. Her life motto is: "We are but travellers in this world, so don't feel lost when we aren't even at home."
5 Outstanding Women Writers from Sri Lanka
Nigar Nazar is Pakistan’s First Female Cartoonist