We spoke to creative mogul, Abda Khan, about her project ‘Tappay Tales’ which aims to preserve the Pakistani culture using music.

"Many aspects of our culture have changed through the generations."

‘Tappay Tales’ is the brainchild of author and lawyer, Abda Khan, a serial creative who works in multiple fields.

The innovative project focuses on displaying and preserving traditional Pakistani folk songs in order to showcase the deep culture of the country.

To get her hands on these tracks, Abda ran group sessions with the Pakistan communities in Birmingham, UK.

Here, the writer translated the verses so they inspire future creative writing workshops with other British Asians.

The idea is to create refreshing and unique poems that link generational themes of identity and heritage.

‘Tappay Tales’ blurs the lines between different ages of British Pakistanis in order to emphasise the rich history of the nation.

This is why Abda opted for music as the foundation of the project.

It is the one art form which has stayed consistently vibrant in Pakistan and tells the story of the country at specific periods of time.

This all stems from Abda Khan’s acknowledgement of her roots but the lack of representation she’s seen of it in Britain and the arts.

Although, Abda has made terrific strides in providing a more diverse face to the creative landscape.

Tackling challenging and taboo topics through her writing, her novels depict her own cultural background and experiences.

As well as having tremendous success in bringing these stories to life, she is an avid speaker, campaigner and mentor. Not to mention a DESIblitz Arts Ambassador.

So, to get a better grasp of ‘Tappay Tales’ and the importance of such a project, we caught up with Abda Khan to talk more about her journey and vision.

Could you tell us a little bit about yourself? Upbringing, career etc. 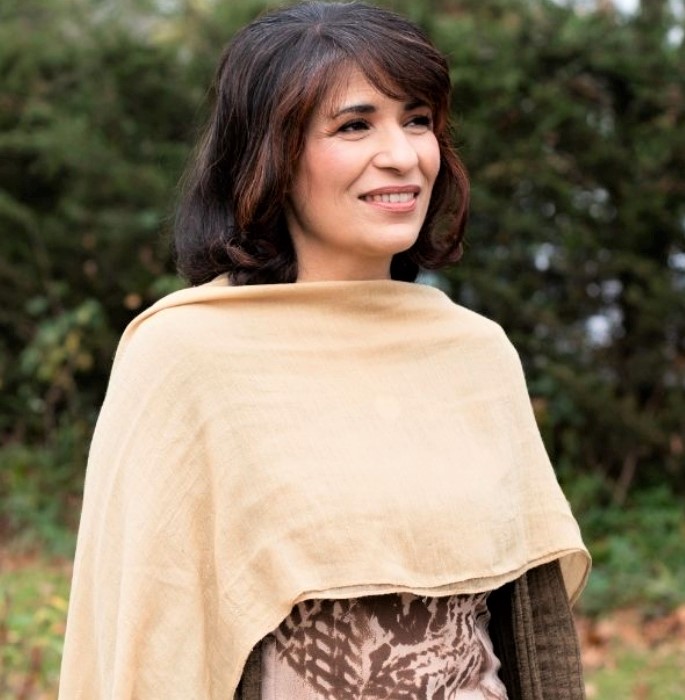 I was born in a very deprived and ethnically diverse inner-city area of Bradford in 1969.

I was the seventh of eight children to immigrant parents who came to England from Pakistan in the 60s.

Also, I was the first in the family to be born in the UK, and also the first to continue in education past the age of 16 (despite numerous hurdles).

I am a solicitor by profession and have worked in the legal industry for 30 years. I was honoured to be shortlisted for the Law Society Excellence Lifetime Achievement Award in 2020.

But I only started writing around eight years ago, in my mid-forties.

Inspired to do so as a result of what I perceived to be the lack of representation in contemporary British fiction of diverse themes and characters.

I often tackle difficult and taboo subjects through my writing, and my main characters are usually from my own cultural background.

I am the author of two published novels.

Stained (2016), described by Booklist USA as the ‘contemporary Tess of the d’Urbervilles‘ and Razia (2019), about a modern-day slave.

I have just finished my third novel, a courtroom drama that explores the issue of ‘gaslighting’ as a form of domestic abuse.

I am carrying out research for my first historical novel which will be inspired by my late father’s service in WW2.

He was a part of the Punjab Regiment and fought alongside British soldiers against the Japanese in Burma.

As well as writing, I run creative writing workshops.

I am also a speaker, project creator, campaigner, volunteer, mentor, a Lloyds Bank Women of the Future Ambassador, and DESIblitz Arts Ambassador.

I am committed to community engagement.

Therefore, I like to be actively involved in projects that allow for engagement from members of communities that are generally underrepresented in the creative arts sector.

What inspired you to make a project like ‘Tappay Tales’?

When I was a girl, growing up in the 70s and 80s, I recall that weddings in our neighbourhood were very exciting.

They were fun-filled occasions, with many days of ‘singing nights’, up to two weeks or more, before the wedding itself.

Women from the neighbourhood would busily feed their husbands and put their young children to sleep, and all gather at the ‘shaadi’ house.

“One woman would play the dholki, another would bang the spoon on the drum in rhythm with the beat.”

All the ladies would sing traditional folk songs. Some of which were known as ‘tappay’ – a song competition between the bride and groom’s side.

Sometimes these songs would consist of each side poking fun at the other. But sometimes the verses would be expressions of love, romance, hopes etc.

These and many of the other traditional songs have always stuck in my mind and bring back very fond memories of a very different era.

What does ‘Tappay Tales’ aim to do? 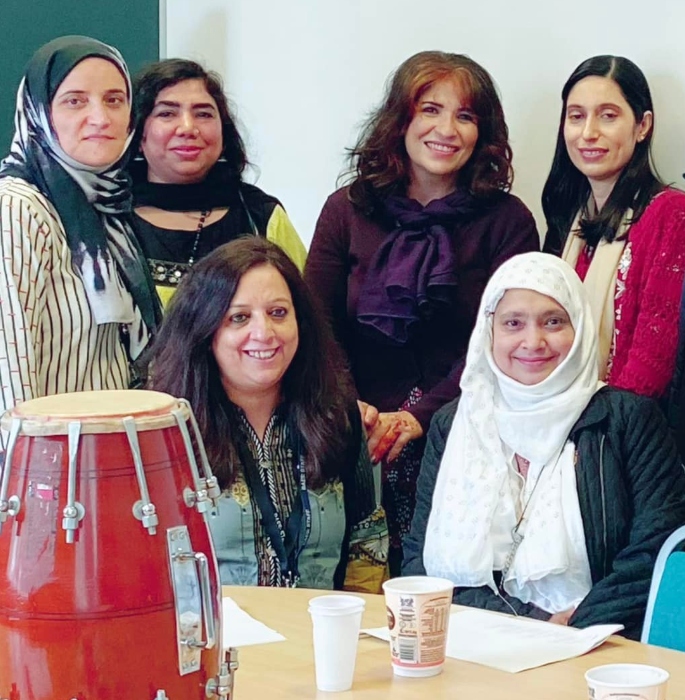 It uses them to explore Pakistani culture & heritage, past and present, through creative writing & performance.

So far, I have been gathering traditional Pakistani folk/wedding songs from participants from a Pakistani/South Asian background, mainly older members of the community.

I have been transliterating and translating these old verses. These verses are now used as inspiration for creative writing workshops in Birmingham, UK.

They allow the participants to create new pieces of work linking the old and the new through themes such as culture, heritage and identity.

New poetry will also be commissioned, specifically inspired by the old songs.

All of this work will be shared in July 2022 through community and public performances with actors and participants of the project.

A book will also be produced, as well as a short film showcasing the project.

What kind of issues do you see between different generations of British South Asians?

Many aspects of our culture have changed through the generations.

“This is evident not only in our families and communities but in the words of the old songs.”

These old songs allude to the social norms and attitudes of years gone by, which are very different in the younger generations.

For example, in respect of marriage (arranged/love), gender expectations (women only being homemakers/women having careers) etc.

Why did you want old songs to be the foundation of this project? 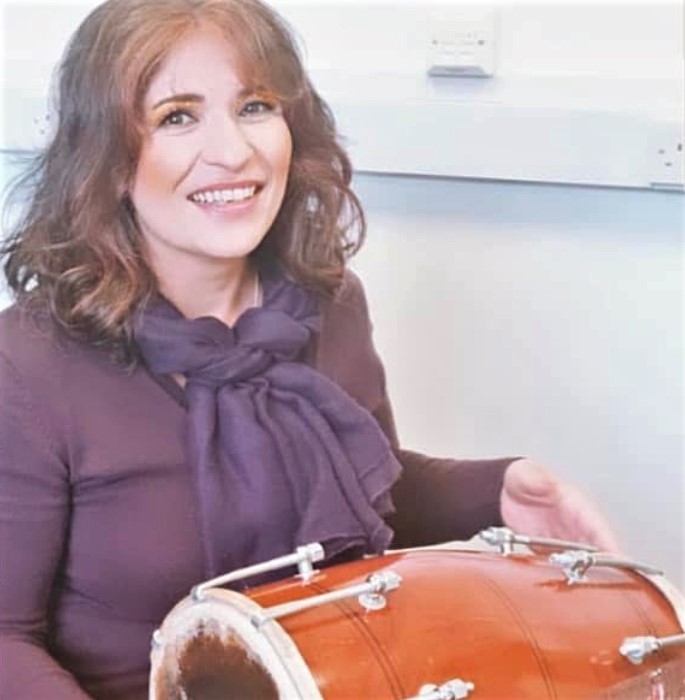 Many of the songs are in dialects of Pakistani Punjabi (e.g. Pothwari, Hinko, Mirpuri) which do not have a written form.

And these songs have been passed down orally, from generation to generation.

Some are quite famous, for example, many have been sung by the Pakistani singer Musarrat Nazir.

But there are many local/regional songs which are not well known at all.

I wanted to find a way to preserve these old verses before it is too late.

Were there any songs that you came across which have stuck with you?

The most surprising aspect of this project so far has been some of the stories that have emerged when examining these songs closely and researching their origins.

These songs that are sung very happily at weddings as part of a joyous occasion often have very sad roots.

“For example, the very popular ‘Kaala Doria’ actually has references to domestic abuse.”

The song ‘Patan Chana Da’ stemmed from the trauma of separation caused by the India/Pakistan Partition in 1947.

The parting left a constant longing to see each other as they looked across the River Chenab which divided them.

This is most likely a young woman mourning the loss of her lover who is now on the other side and depicts her longing to see him again.

How were the interactions with the Pakistani community? 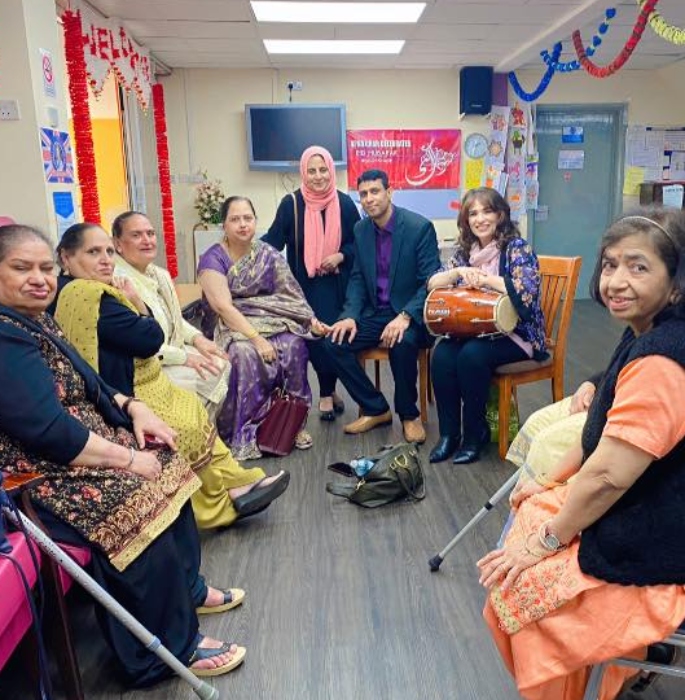 The sharing sessions (when people came and shared the songs they knew) were an absolute joy.

I played the dholki and participants enjoyed singing the old songs they grew up listening to.

My visit to Apna Ghar (elderly South Asian Day Care Centre) and the interaction with senior members of the community were wonderful.

The creative writing workshops which are ongoing are fantastic.

There is so much discussion around the old songs, looking at the themes, comparing and contrasting.

The participants are producing some fabulous work which will be part of the showcase events.

What was their reaction to the project?

Those who have engaged with the project have been very keen and enthusiastic to be a part of it.

This is because it actually delves into their cultural heritage and shines a spotlight on their history.

“It allows them to reflect on what the songs tell us about what life was like in years gone by.”

They have a chance to look at the traditions that existed and to consider what has changed.

But also to realise what remains the same, through the medium of prose and poetry.

Can you tell us how poetry can be so impactful in linking cultural themes together? 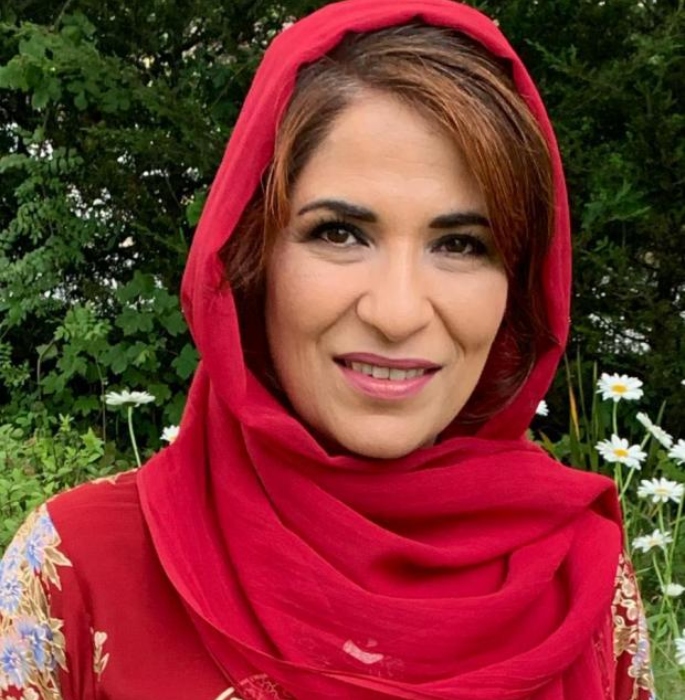 Poetry, and creative writing in general, allow us to express our thoughts, and our inner ideas, in an imaginative, engaging and emotive way.

Poetry has the ability to shine a light on issues that may be rarely discussed. It unearths new emotions about those themes.

The work produced by the participants allows them to think about how they feel about all the different themes that emerge from the songs.

And it gives them the opportunity to share those reflections in a way that is engaging and impactful.

How has this process personally felt for you?

The project is still ongoing, so I can’t yet decide what has been the most rewarding aspect.

But so far, I am absolutely loving this project. I have a very deep cultural connection with the subject matter.

One of the issues for projects like this one is always funding.

But I was lucky enough to receive funding from Arts Council England which has allowed this project to take place.

“The main challenge is always spreading the word, and that’s why articles like this really help.”

I do hope readers will attend one of the showcase events. One will take place on July 19, 2022, at Hexagon Theatre Midlands Arts Centre.

The final session is on July 21, 2022, at Highfield Hall Community Centre (free to attend).

Abda Khan’s tremendous work rate and dedication to preserving Pakistani culture is a recipe that will make ‘Tappay Tales’ a success.

Getting all generations involved in such an artistic and forward-thinking project is a trailblazing move on the writer’s part.

It fuses traditional and modern creative mediums to represent a culture that is so overlooked within certain avenues.

Music, poetry and a book will solidify just how impactful ‘Tappay Tales’ is.

Additionally, it will provide a platform for British Asians to learn more about the importance of their heritage.

Get involved with the project here.