Tales of Indian Fugitives in the UK uncovered by New Book

Based on the true stories of Indian fugitives, ‘Escaped’ unveils why the UK is safe haven for alleged offenders and people wanted in India.

"We have studied in much detail many other extradition cases"

British Journalists and researchers, Danish and Ruhi Khan have released their new book about Indian fugitives.

The book name ‘Escaped’ is based on the true stories of Indian fugitives in the UK.

The cases of fugitives range from loan defaults to even murder.

Khans attempt to analyse why the UK is considered safe haven for the runaways from India.

The London-based journalists take you through the recent cases.

Former Kingfisher Airlines boss Vijay Mallya and the diamond merchant Nirav Modi are among the recent cases discussed in the book.

They are both wanted in India for fraud and money laundering charges.

Talking about the criteria for picking the cases, Danish Khan said:

“These 12 cases were chosen as much for the significance of the allegations against them as for the interesting arguments raised during their hearings and the observations made in their judgments.”

“We have studied in much detail many other extradition cases, have had long interviews with experts and pored over case laws and parliamentary reports to understand the principles underlying the extradition process that we explore.” 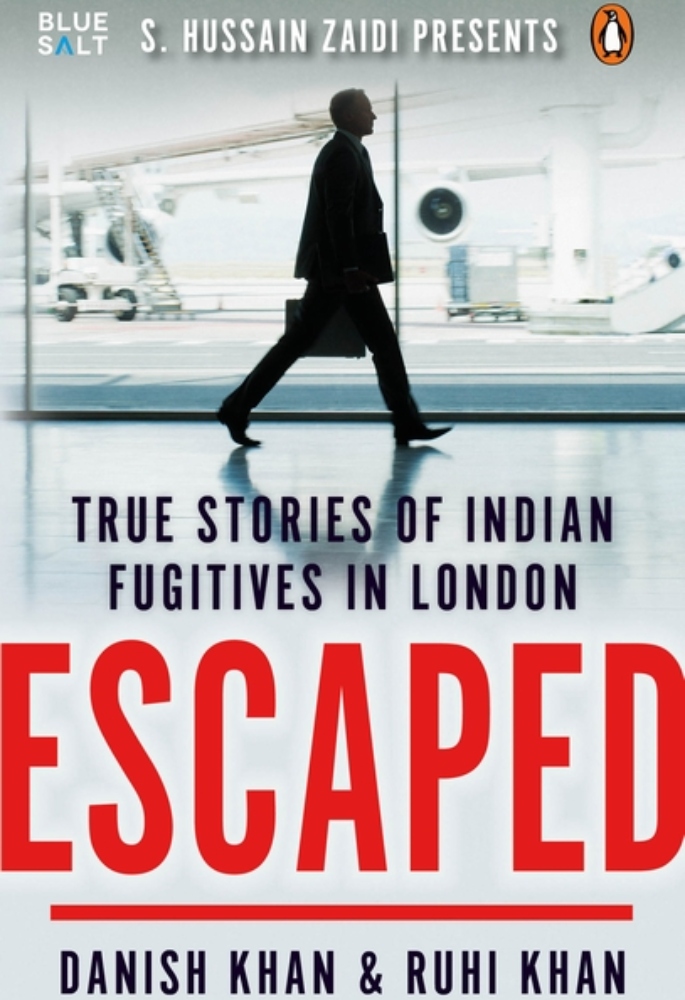 Being journalists, they have been covering the recent Indian fugitive cases in London during the court hearings.

The couple used their observations and reporting to analyse the recent cases.

However, the couple said that they have also dug into British archives, old newspaper records and parliamentary reports.

That helped them with understanding and analysing the old cases dating back to the 1950s.

The authors covered the old cases for their significance they had upon India-UK extradition policy.

“We have used investigative reporting and eye-witness accounts to bring to life the stories,” said Ruhi Khan.

Ruhi further added that they covered the cases over the past 7 decades.

She said that their cases range underworld-cricket-Bollywood nexus or the Indo-Pak diplomatic wars.

Dawood Ibrahim & Iqbal Mirchi are among some of the past Indian fugitive extradition cases.

Their case is regarding their base set up in London at a time when the middle east was a safe heaven for underworld dons.

The analysis of the case shows that the decision proved to be the right choice as he won the fight against India being extradited to India.

Khans further added that they tried to analyse how Mirchi built his empire, from the streets of Bombay to be London’s millionaire.

The book decodes and unfolds all the 12 cases similarly.

Discussing all the Indian fugitives, the book tells that many won their legal battles and others are carrying a long-stretched legal fight

And all this success is deeply linked with their escape to the UK.