Razia: A Story of Justice, Heritage & Feminism by Abda Khan

Abda Khan releases a new book, ‘Razia’. It is a story of a young lawyer who seeks to save a young domestic slave. DESIblitz exclusively spoke to the author.

"I decided to focus on the theme of modern-day slavery"

Razia is a brilliant book filled with themes of justice, cultural heritage, and feminism.

Inspirational author Abda Khan is the writer of the book. Khan is a passionate advocate for women’s rights, and she works to raise awareness on modern day slavery and human trafficking.

The setting of the book is in Pakistan and London, with certain parts of the story taking place in New York.

It is an edge-of-your-seat story about Farah, a young female lawyer, and Razia, a young woman from Pakistan.

Farah meets Razia in an unconventional way. During a dinner party at a colleague’s house, she discovers Razia is their domestic slave.

Despite Farah finding it shocking, she knows that she has to do everything to help her.

Her strong determination guides her through the confrontations and complications that arise from trying to save Razia. There is even some romance in-store.

Abda Khan, the author of Razia, spoke exclusively to DESIblitz about the book. 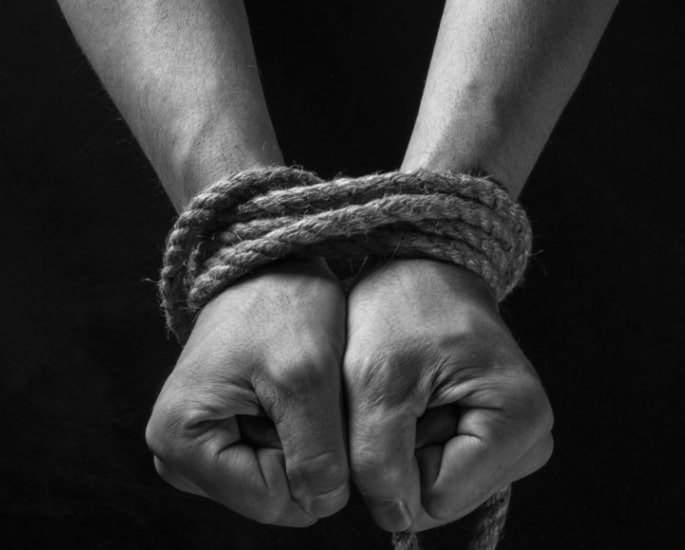 Razia tells the story of Farah’s search for justice. More specifically, it is a story of justice for Razia, who suffers physical and mental abuse whilst being under pressure to work for no money.

Discussing her inspiration for the book, Abda Khan told us:

“A few years ago, quite by chance, I came across a BBC online article about modern day slavery, and I was shocked by what the article revealed.”

It was this article that motivated her to read more about the topic of slavery and human trafficking. She continued:

“The more I read, the more aggrieved I felt that this issue of modern slavery was pretty much invisible in contemporary British fiction, and not many people in society were actually aware of the true extent of the problem.

“After a lot of research into the matter, I decided to focus on the theme of modern-day slavery in my next novel Razia”

Farah, the protagonist in Razia, is a lawyer in central London. She is hardworking and is consequently very successful. Despite this, when trying to help Razia, she faces numerous barriers and challenges.

In pursuit of justice, Farah has to navigate around corrupt legal systems, skewed priorities from fellow lawyers, and menacing characters who wish to stop her.

No matter what principles a legal system may be standing on, personal interests can always get in the way.

Readers will find out that Paul does not wish to press the subject. This is because the colleague who has enslaved the young Razia is Paul’s friend.

Farah is furious by this unfairness. She decides to take matters into her own hands and seek justice herself.

Farah makes progress and proves that she can navigate around a lot of the hurdles coming her way.

However, in a world where powerful people control the law with their own agendas, achieving justice is never easy. 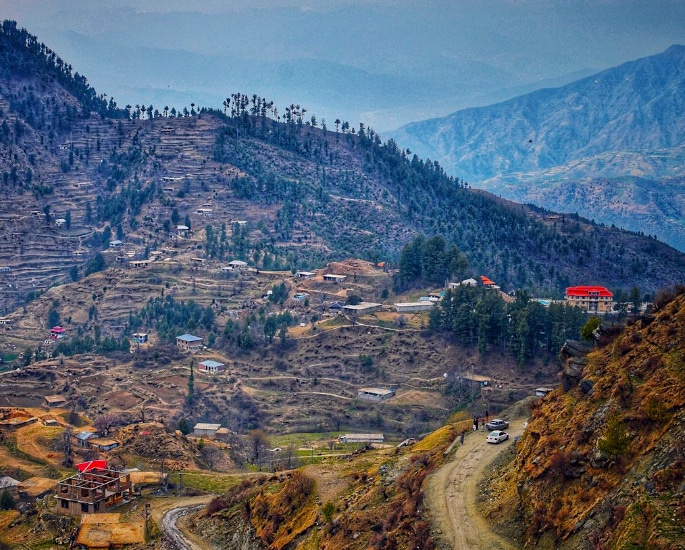 Farah is the daughter of two Pakistani immigrant parents. She has spent her whole life in England and visits Pakistan for the first time on a quest for Razia’s safety and justice.

This means that when Farah travels to Pakistan, it becomes not only a journey to help Razia. It turns into an opportunity to connect with Farah’s cultural heritage.

Farah falls in love with the beautiful nature of Pakistan. She is also enamoured by Pakistani food, with only a few that she has tried before thanks to her parents.

One thing she never gets used to, however, is the system of power.

Power structures in Pakistan, through the eyes of Farah, mean men have control over women, and the rich dominate the poor.

This is often the case in most countries, but Farah sees it as more extreme in Pakistan than it is back in England.

Abda Khan discusses how her educational and cultural background has an influence on Razia.

“The main character, Farah, is a British Muslim lawyer of Pakistani heritage, much like myself, although she is around twenty years younger than me.”

“I would say that my background as a lawyer played a large part in the character and plot development of the story, and of course my Pakistani heritage has played a big role too, as writing from the perspective of British Pakistani and native Pakistani characters came naturally to me given my cultural heritage.” 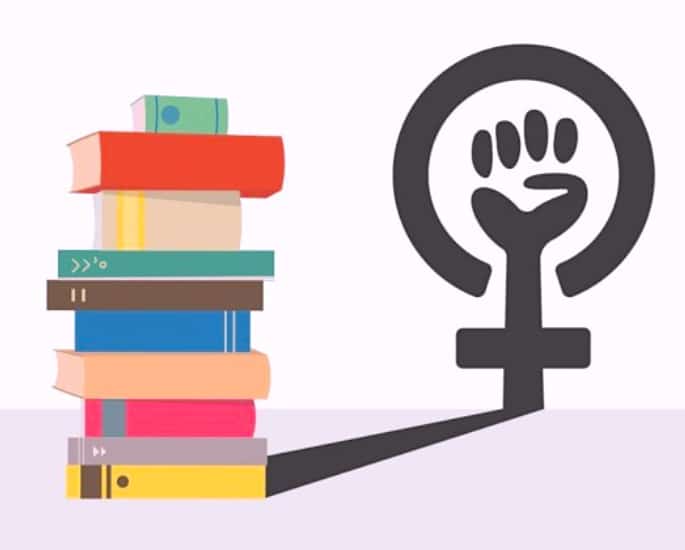 Abda Khan’s book Razia is also a story of feminism. The author is an activist for women’s rights, and this shines through in her novel.

The main character, Farah, is a strong female lead. She is intelligent and successful, shown by her powerful position as a lawyer in London.

Farah is also a very strong-headed and determined character. She doesn’t always ask for permission because she is very sure of herself.

Most importantly, Farah fights for the rights of other women. In particular Razia, but also her family and the community she belongs to.

When Farah tries to do this, she is fearful of others getting in the way. Farah is reluctant to trust others in case they have bad intentions.

Farah is confident that she can tackle the challenges ahead by herself. This means that when she meets Ali, a lawyer in Pakistan, she is not sure if he is the right partner for the job.

Abda explains this part of the story, saying:

“Farah then travels to Pakistan to seek justice for Razia, and there she uncovers dark secrets and traps that have kept Razia and her family, and generation after generation of people, enslaved.

“Surrounded by deep-rooted oppression and corruption, she turns to human rights lawyer Ali for help, but doesn’t know if she can she trust him.” 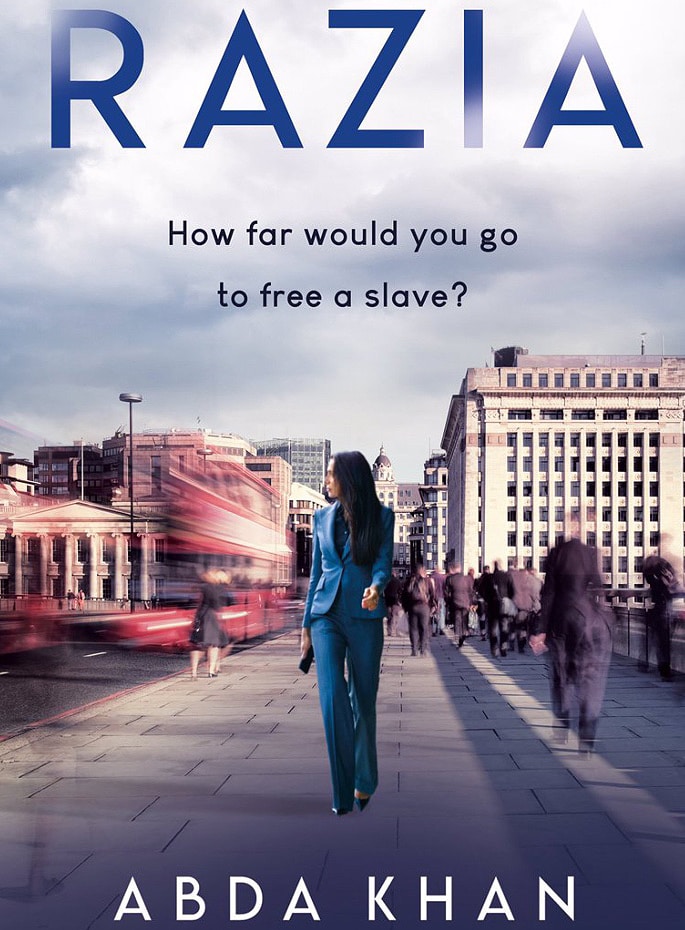 Farah uses her powerful position as an educated lawyer to help a fellow woman in need.

She is consequently an inspiring example of how you can use your own voice to fight for those who are silenced.

Razia is an excellent choice of book for anyone who wants to know more about the issue of modern-day slavery.

It provides an insight into the issue with an entertaining read of drama and unexpected romance.

Razia releases under publishers Unbound on July 11 2019. The book can be purchased here.