Lady Bushra, who was kicked out for being gay, has got the last laugh, becoming a viral sensation and venturing into the world of comedy.

"one of those boisterous girls that everyone knows"

Lady Bushra is a viral drag queen sensation who only ventured into the world of comedy in 2020 but she has not looked back.

Bushra, who uses the pronouns ‘lifesaver’ and ‘icon’, said:

“I’ve always been told that I’m funny and that I should do stand-up.

“When I was younger, I used to do bits of modelling and singing in religious places but I decided to start doing drag and comedy seriously in February 2020, and then the lockdown began.”

She used the lockdown to hone her drag skills and further her reputation by doing virtual shows.

When venues reopened in 2021, Bushra said she was “booked and blessed”.

The drag queen explained: “Myself and a lot of other queens had to take it upon ourselves to lighten the mood during what was quite a difficult time for everyone.

“It also meant I got to challenge my creativity and channel my angst that I was experiencing into my art.

“I was able to make mistakes at home and it thankfully turned out to be one positive of the lockdown.”

In 2021, the drag queen was shortlisted for the BBC New Comedy Award.

The persona comes from Amir wanting to pay homage to his South Asian heritage, something often overlooked in not only the LGBTQ+ and drag communities, but also in comedy. 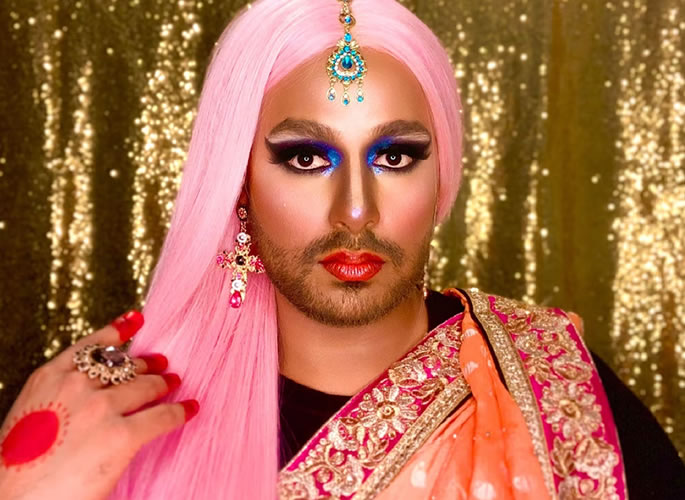 Bushra said: “I come from an ultra-orthodox Muslim family and quite a conservative household.

“The character is very honest and organic as she does reflect some of the experiences I’ve had growing up in a small town in Bradford.

“Lady Bushra is one of those boisterous girls that everyone knows – every culture and city has their own version of her.

“She was created after I started discussing things with my friends. She really is that perpetual 19-year-old teenager from Bradford.

“I’m very pleased to be able to find a way to shine a spotlight on those Asian girls who don’t always get to be themselves and show off their personality.”

Recalling when she was younger, Bushra said:

“When I was younger, people would bully me and I had to experience a lot of racial abuse.

“I started feeling embarrassed of who I am and what I’m about.

“I tried to fit in and whitewash myself. I did it with the hair, the clothes and my mannerisms – I definitely tried to tone down the brown.

“But I’ve got to a point now where I don’t feel the need to do that. I’ve since learnt that my heritage is my strength.

“I have a unique position where I am British but I am of a South Asian background and I’ve found a way of being able to tap into that.

“When you’re confident in knowing who you are, people are drawn into that confidence, and that’s something I’ve come to realise.” 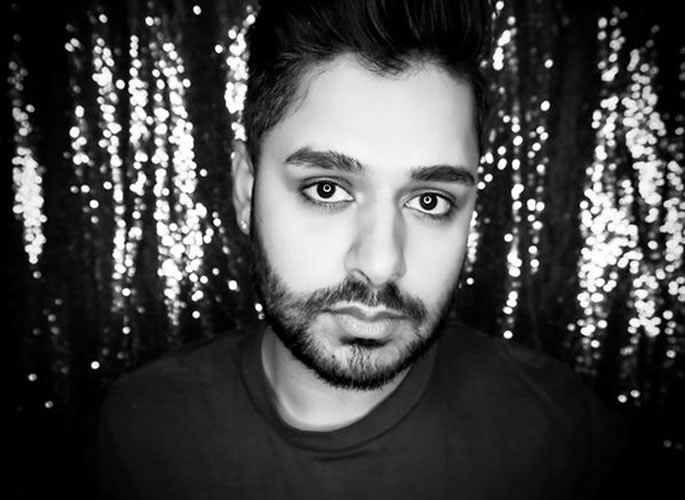 At the age of 25, Amir came out to his family as gay. However, the experience was not a positive one.

“I don’t have a relationship with my family these days.

“They kicked me out as a result of being gay and I haven’t had any contact with them since then, really. But I’m the one laughing all the way to the bank now.

“It was like death by a thousand papercuts. After university, I started getting a lot of pressure from my family to marry.”

“When I came back home, they were putting that pressure on me and I just told them that the reason I didn’t want to marry is because I was gay.

“Over time, it was like a slow snowball of deception.

“There is a limit, and I eventually reached that point. They might have kicked me out but I’ve since learnt that it’s in my best interests to stay away. I think it’s quite a profound way of looking at it, really.”

Through discovering drag and meeting her husband Aamir, Bushra has learnt that authenticity is the way forward in life. 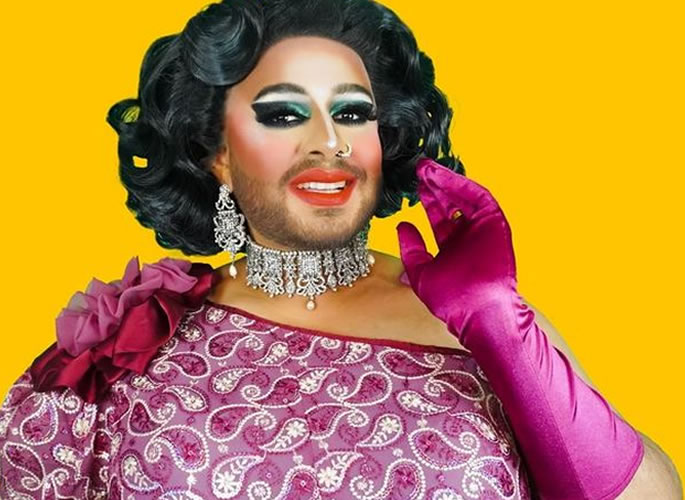 “Doing me and being my authentic self has been the only logical way to deal with things.

“I tend to find that not everyone has the ability to find their true calling.

“Too many times I see people within my community doing things while fearing what people will say.

“I’m not here for Brownie points with toxic people and I’m pleased that, as a gay South Asian man, I’m able to say I’ve dismantled that and can do whatever makes me happy. It’s worked well for me so far.”

The couple married in 2019 and were the first South Asian gay couple to get married in Bradford. They later moved to Manchester.

They also host a podcast, called You Don’t Love Me, where they discuss their perspective as a gay South Asian couple.

“We fancied moving to a bigger city but Manchester was never something on my radar at all.

“Despite that, it was one of the best decisions we ever made. It’s such a welcoming, open city. The drag scene here is fantastic and it’s a lot of fun. I’m happy to be a part of Manchester now.”

In the space of a year, Bushra has performed at Manchester Pride as well as events in London, Prague, Berlin and Budapest.

The performer said: “Drag is a very varied art form and people sometimes forget that.

In the future, Bushra wants to continue performing their cabaret show and do stand-up, adding:

“I feel there’s a tiny gap in the market for Bushra to slide through with her nimble shoulders.

“Coming to a Lady Bushra show is like entertainment on acid, you’ll have a fabulous time. It’s absolutely chaotic but in the best possible way.”