Inspiring stories, challenging subjects and gripping plots are just some things to expect in these must-see South Asian theatre shows of 2022.

"It’s a bigger story about the immigrant trauma we carry"

Groundbreaking storylines, stunning acting and exciting narratives are just some of the aspects to best describe these South Asian theatre shows.

The creative arts have seen an influx of actors, directors and producers from different South Asian backgrounds. This makes way for a refreshingly new dynamic within theatre.

By calling upon the talents of diverse individuals, more culturally rooted experiences and journeys can be told.

Additionally, live performances provide so much more intimacy and detail to the audience.

Therefore, it’s important to shed a light on the terrific stage productions that are addressing such tales in the most creative and engaging way.

Whilst some of these projects have specific dates, they can tour in different periods so keep your eyes peeled.

So, here are five brilliant South Asian theatre shows to feast upon in 2022. 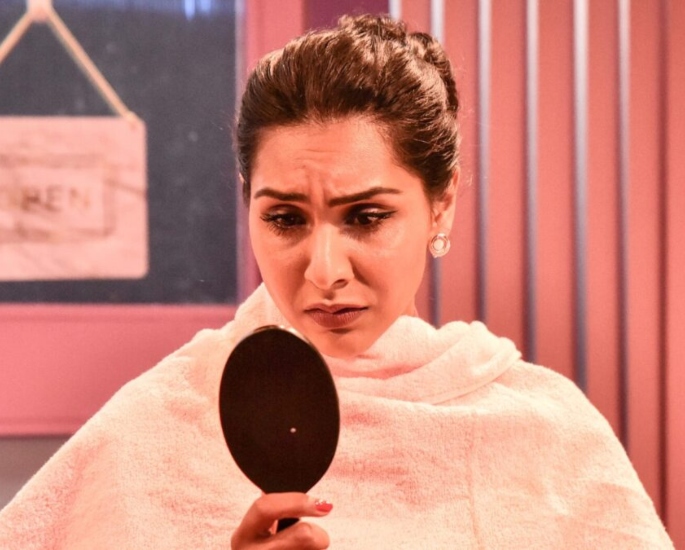 Journalist turned playwright, Satinder Chohan, makes a return to the stage with her play, Lotus Beauty.

Lotus Beauty is no different in the way it focuses on the lives of five multigenerational South Asian women.

Inspired by the beauty salon in her hometown of Southall, London, Satinder focuses on suburban life and the struggles of women.

Diving deeper into what Satinder wants to achieve with this production, she told Eastern Eye:

“It’s a bigger story about the immigrant trauma we carry and seek to heal across generations.”

Although, it also touches on pressing subjects such as colourism, abuse and beauty standards. 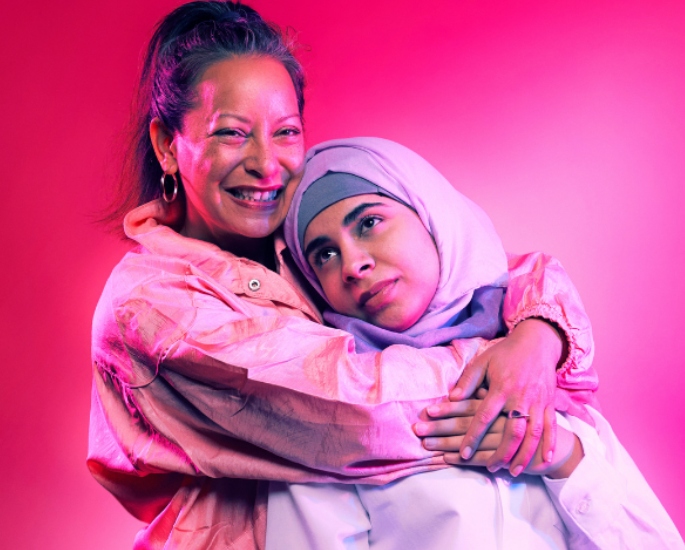 Hailing from South London is Ambreen Razi, an award-winning actress and writer who created Favour.

South Asian theatre shows aren’t just full of colour and vibrancy, they’re also daring to confront hushed topics within these communities. This is exactly what this play does.

Amongst the main cast is the gifted Avita Jey and Rina Fatania, Ashna Rabheru and Renu Brindle.

Favour follows Leila, a young Muslim woman whose world is turned upside down when her fierce mother, Aleena, returns home from prison.

Aleena unleashes a world of fun, risk and excitement on a very calm household and Leila can’t help the internal conflicts that arise.

Speaking on some fragile topics such as addiction, family drama and identity, Favour is a wonderfully innovative play.

Bush Theatre says that the production “tells a strikingly frank story of a working-class Muslim family in a way you’ve never seen before on stage.” 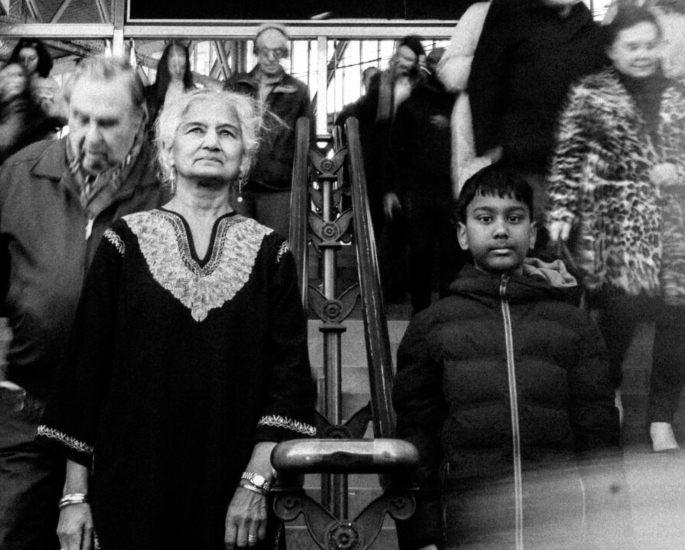 This wonderful piece of theatre tells the historical perspectives of the 1947 partition.

Through communal storytelling, personal testimonies come from those who witnessed the brutality, violence and tense nature of this event.

To mark 75 years of the partition, Silence prepares to unravel the perspectives of those who have remained silent for so long.

It is also directed by Abdul Shayek and is adapted from Kavita Puri’s 2019 book, Partition Voices: Untold British Stories.

The importance of such a show is monumental. One of the most chilling lines from the production reads:

“It was a great tragedy. We were friends one day and enemies the next. I will take these things to my grave.”

It will provide an intimate and heartfelt look into the last days of the British Raj whilst emphasising the difficult relationship between two huge nations. This is not one to miss. 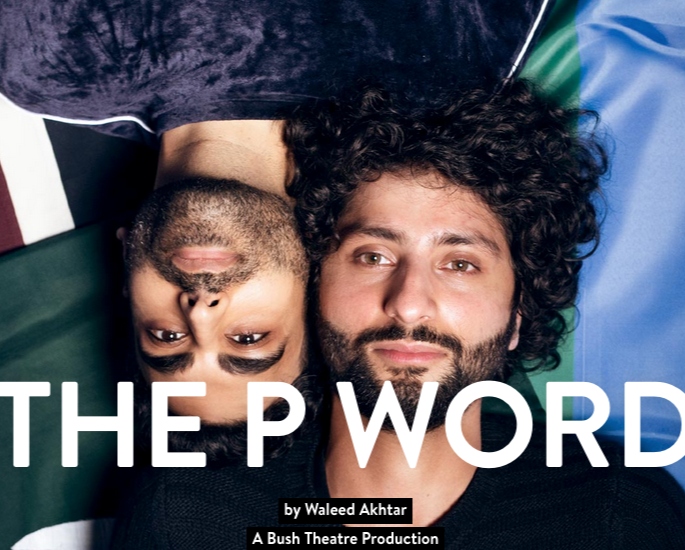 As mentioned before, South Asian theatre shows aren’t afraid to speak on matters considered ‘taboo’ within the culture.

One of the main topics still seen as stigmatic within certain households is homosexuality.

However, The P Word takes pride in showcasing the conflicts of being a brown gay man.

It hones in on Zafar who escapes homophobic backlash in Pakistan, seeking refuge in the UK. Here, he meets Londoner Bilal which results in a life-changing future for them both.

Waleed Akhtar wrote this gripping play and it is sure to leave you mesmerised and informed.

As Waleed broke the news on Twitter, the anticipation soared.  Muzz Khan replied to the news by tweeting:

The witty Britishness mixes well with the intricacies of South Asian narratives and discusses the complexity of two gay Pakistani men.

It is these kinds of productions that will promote the need for wider discussions in South Asian communities. 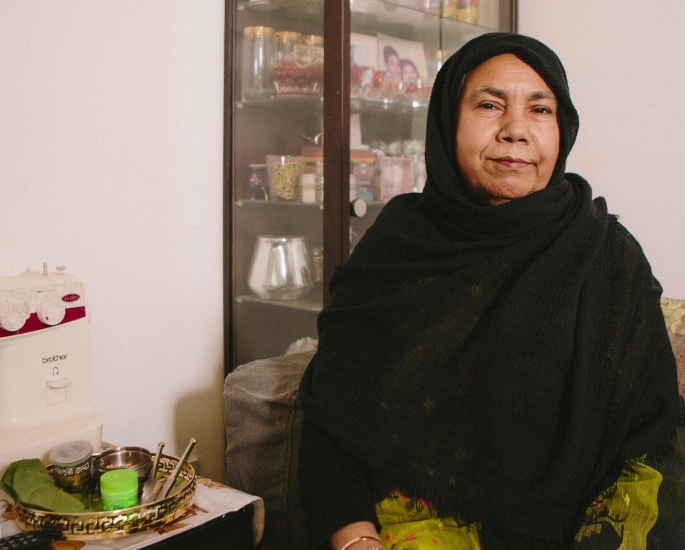 Abdul Shayek returns to direct this incredibly moving production that gives a first-hand account of the War of Independence of Bangladesh.

This iconic event was home to turbulent emotions and certain consequences that led many people to flee to the UK during the 70s and 80s.

Here, many Bangladeshi people tried to build a new life. This was difficult in itself due to the heightened levels of racism and discrimination.

So, to really illustrate how unstable this period was, Amma has collected testimonies from artist-led story-gathering workshops.

These discussions were done with Bangladeshi women from Walsall, Manchester, Birmingham and London.

Interestingly, Amma will showcase virtually resulting in a far wider reach to multiple communities and families.

South Asian theatre shows have a knack for creatively and dramatically pushing the boundaries.

So with Amma, modern generations will witness the preserved voices of those that influenced their independence.

These huge South Asian theatre shows are continuing to bless the stage with new stories whilst narrating a catalogue of social issues, ideas and traditions.

Not only are these productions providing more inclusivity for the dramatic landscape, but they are also giving a platform to numerous South Asian talents.

Directors, writers and actors are all bringing refreshing tales to life.

However, more historical moments are also getting captured which allows more voices to be heard.

So, check out these iconic shows and also note if they have any future tours so you don’t miss out.