2022 was a great year for South Asian theatre shows and 2023 is gearing up to be even bigger and better. Here are five plays not to miss.

More and more South Asian theatre shows are diversifying the stories we see on stage.

From cultural narratives to personal explorations of identity, there has been a switch in the creative landscape in modern times.

Whilst 2022 saw shows like Favour, The P Word and Tartuffe mesmerised audiences, 2023 is looking like it will do the same.

In some cases, it may even exceed expectations for some theatre lovers.

What’s great about even more new stories coming to the limelight is that it attracts newer crowds towards the medium.

But more importantly, it illustrates the vast amount of experiences and journeys of so many people around the world.

So, here is the best South Asian theatre shows coming to a stage near you in 2023.

Hakawatis: Women of the Arabian Nights 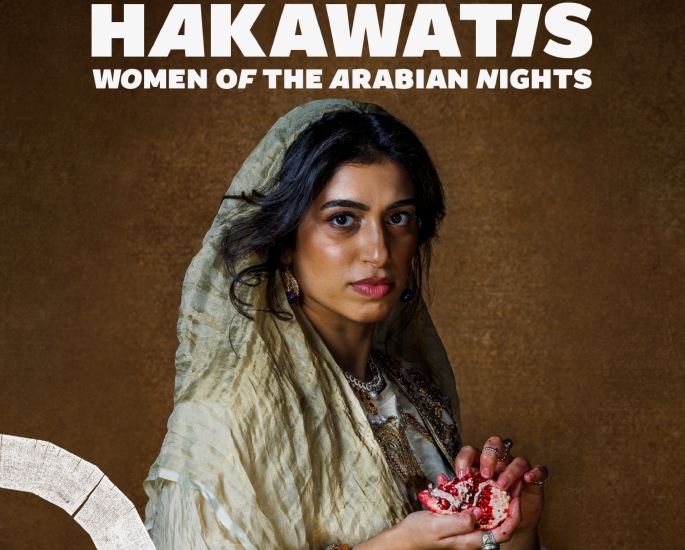 The show unifies the power of storytelling with the audience as they transcend through ancient tales of love, rule and dominance.

The play focuses on a tyrant who seeks revenge on his wife after finding out she committed infidelity.

In a series of violent acts, he weds, beds, and beheads a new bride every day, and years later, only five women remain to be executed.

The waiting women however aren’t there to be killed and show acts of defiance against this ruler.

Unapologetically, they unite in their fight to keep themselves and their womankind alive.

Claire Armistead for The Guardian says:

“Gradually the women emerge from the shadows, from the sardonic warrior (Laura Hanna) to the sensuous dancer (Houda Echouafni).

“When they do, they are fluent, witty and graceful.”

In a co-production with Tamasha, this fearless show is directed by Pooja Ghai who also oversaw Lotus Beauty which debuted in 2022. 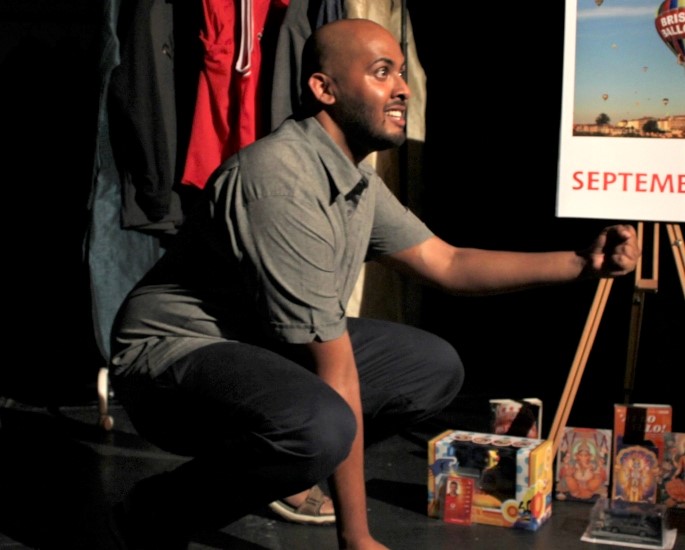 Named as one of Bristol’s most influential young people for his work in comedy and theatre, Pariah Khan writes and performs this unique show.

The play focuses on Krishnan, a student who is suffocated by life in middle-class India. Desperate to see more of the world, he takes a year out from his studies to visit the UK.

Seeking out locals, culture, and experiences, he wants to learn more about the lives of others.

In doing so, Krishnan begins to question himself and the world around him.

What does Krishnan’s journey teach him about the world? What might he learn about himself? And what happens when he falls in love with one of the natives?

It now returns to Bristol and is one of the most anticipated South Asian theatre shows of 2023. This may come as no surprise given the previous rave reviews of Pariah and the show.

“A generous and hilarious writer and performer with a keen eye for detail and impeccable comic timing. Hari has a big future ahead of him.”

“A shrewd and bitingly funny send-up of the ‘spiritual journey’.”

“That Pariah Khan is a smart man. It’s a jaunty hour, full of well-timed gags yet beneath the joviality, there lies an acerbic touch.”

This is definitely one not to miss. 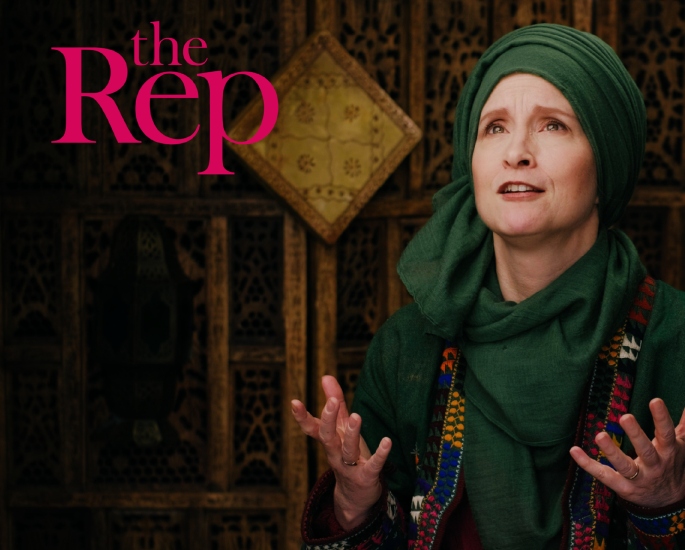 Tales Till Ramadan focuses on Eleanor as she searches for sincerity through a collection of tantalising Muslim heritage stories.

The tales themselves are unique in that they cover walks of life from places like Rumi, Uzbekistan, Iraq, and Uyghur.

In a previous showing, one audience member had their say on the impact this story had:

“It was brilliant and captivating! I want to see it all over again this instant. An incredible experience.”

This cultural exploration will send audiences on a spiritual journey that sees a different type of preparation for Ramadan.

Made In (India) Britain 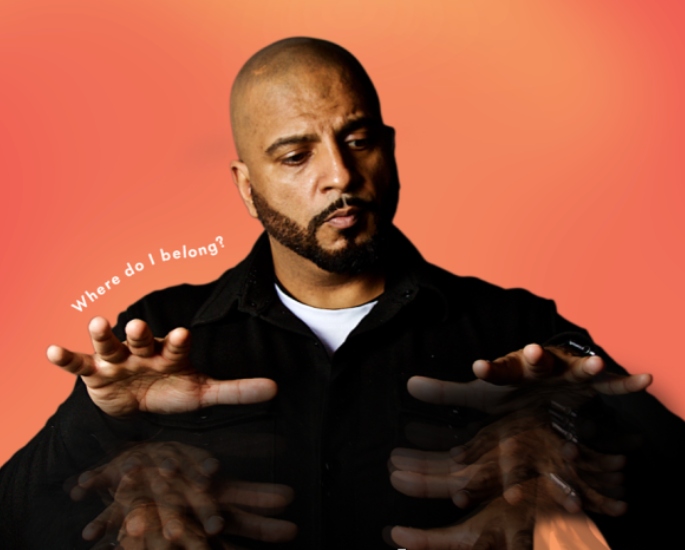 South Asian theatre shows don’t get more inclusive, distinct and remarkable than Made In (India) Britain.

It tells the story of Roo, a deaf Punjabi boy from Birmingham.

As he lives in a world that wasn’t made for him, he struggles through pain and laughter and tries to find out where he belongs.

Narrating and signing the impact of ableism, Roo also shows us the impact racism has had on his childhood and adult life.

This coming-of-age story is all about discovery and grappling with your own community as well as the discrimination shown by society.

Described as “confident and charismatic”, Made in (India) Britain won the Mervyn Stutter Spirit of the Fringe Award in 2022 as well as The Deaf Excellence Award and Neurodiverse Review Award. 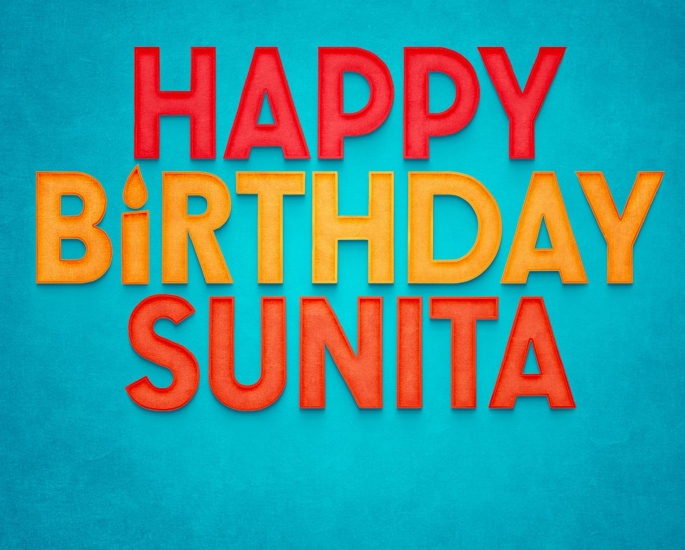 Returning to numerous theatres across the UK is the critically acclaimed Happy Birthday Sunita.

The show is set in the Johals’ chaotic household where they are celebrating Sunita’s birthday in mum’s new kitchen.

The surprise party is not just a comedic insight into the hustle and bustle of South Asian celebrations, it also unravels years worth of unfinished family business.

The drama is broken up with classic Punjabi dancing, intense exchanges, and cracking one-liners.

However, will the skeletons in the closet bring out everyone’s true personality to the point of no return?

Happy Birthday Sunita has been described as:

“A wild ride that will leave you laughing, crying, and talking all the way home.”

Rifco Theatre Company revives this sell-out comedy, with a new cast and fresh script. Put on your birthday party finery and get ready for a samosa saga.

These South Asian theatre shows are just some of the plays coming to stages up and down the country.

Whilst there will undoubtedly be more plays announced within 2023, these stories will keep audiences entertained for now.

And, it’s even more exciting for fans to know that there are still more thrills, laughs, drama, and narratives yet to come.