Kamal Kaan, the writer of the innovative show ‘Amma’, talks about the inspiration behind the story and the impactful use of VR technology.

"I hope the audience is transported"

Kamal Kaan is a screenwriter and story consultant who is part of the unique theatre show Amma.

The immersive play is directed by Abdul Shayek and is inspired by oral testimonies from women around the UK about the War of Independence for Bangladesh.

Dealing with themes of migration, family, love and war, Amma is a fictionalised re-telling of the experiences during this tense moment in history.

The testimonies are powerful and actually include glimpses from Kamal Kaan’s own mother, as well as Abdul Shayek’s.

Amma is very personal but provides the audience with an experimental piece of theatre.

Using a virtual reality headset, people can transport past the actual space of the theatre hall. Travelling beyond the realms of time, they are placed in a period of turmoil.

Kamal Kaan himself describes the play as “heart-rendering, unique, immersive”, so it’s vital that this show receives the recognition it deserves.

Bringing untold memories to the forefront is one of the main motivations behind Amma. It’s another show that plays a pivotal role in diversifying the landscape of theatre.

So, DESIblitz caught up with Kamal Kaan to discuss Amma and all the work that went into making it a reality.

Can you tell us a little bit about yourself and what attracted you to theatre? 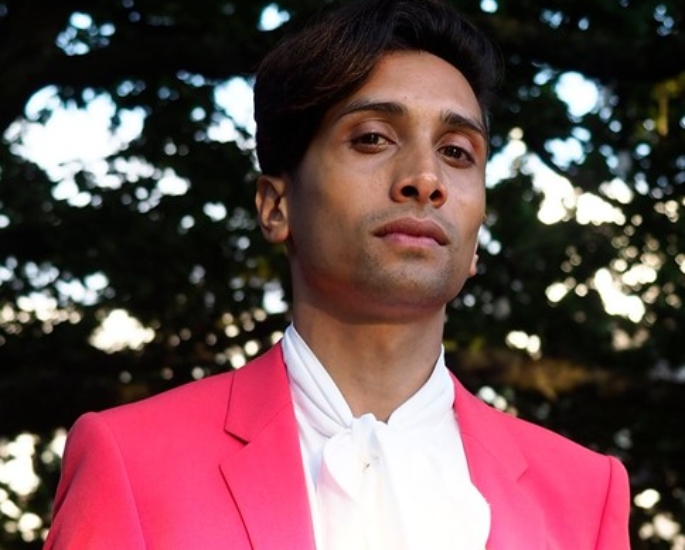 I was born and raised in Bradford to lower working-class Bangladeshi parents.

My father was an economic migrant and both parents survived the Bangladeshi War of Independence.  I am a second-generation Bangladeshi.

Before the days of televisions, we loved listening to my father tell stories or ‘kitchaas’ as we used to call them.

There was something magical about live storytelling and being able to transport a listener with words and imagination that always stuck with me.

So I guess, he was laying the foundations of my love for bringing emotional stories to different people.

What was the inspiration behind ‘Amma’?

Well, Amma is based on the real-life experiences of Bangladeshi women.

“It’s based on testimonies and accounts from survivors of the war, including my own amma (mum).”

Amma is a dramatised version of these testimonies woven together with a story about a mother and daughter.

Despite the heavy subject matter, it’s a story of love, hope and resilience.

How has the virtual reality aspect impacted the story? 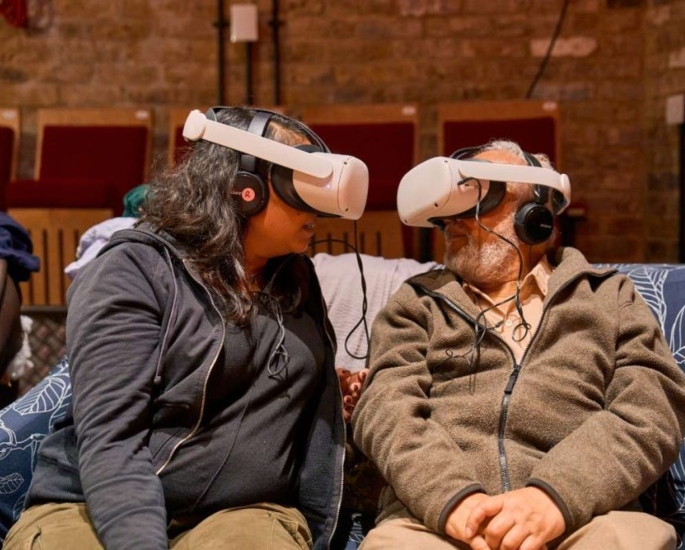 I’ve never seen a piece of theatre like this.

We get to see the action literally from the point of view of each character like we are inside their bodies and their minds.

We worked with eth VR department at The National Theatre and also shot part of the show in Bangladesh.

So, it’s an innovative piece of work where we’re fusing history and modern technology.

It’s a new way of getting these stories across and a method that leaves a lasting impression on the audience who see the show.

How did you creatively prepare for ‘Amma’ and were there any difficulties?

It was a difficult piece to write, having to put myself in the shoes of all those people.

But it unlocked a deeper understanding and bond between my own mum and our relationship as she never talks about her own memories of the war.

British Bangladeshi people play a huge role in British culture and life. So, it’s vital for stories like this to be representative and highlight these urgent topics.

“This can be done by inspiring British Bangladeshi to take agency and tell their own stories.”

As I said before, part of the production was created in Bangladesh.

It was important for a story that is also about Bangladesh, that the country itself was represented truthfully.

Which characters of the show do you resonate the most with? 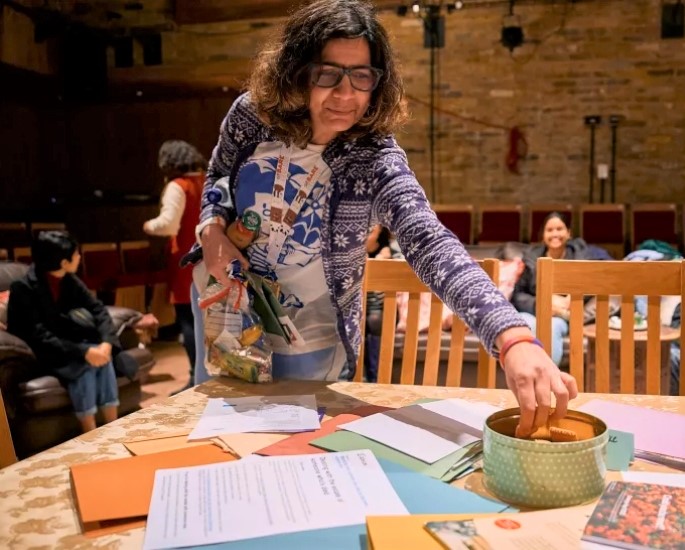 It was interesting putting myself in the shoes of both characters to understand their motivations from an objective point of view.

That’s important as a writer, to be able to be empathetic without judging the characters.

I hope the audience is transported – both literally through the stories and VR technology.

But I also hope it illuminates the details of the war of independence.

How do you think theatre can impact the way in which social and political stories are told?

Theatre has a vital role in being a platform to offer a lens into worlds that audiences might not ordinarily encounter or be aware of.

There’s nothing more magical than being transported to different words through the power of lights, haze, music, actors, and words.

“There’s very little representation of British-Bangladeshis on the British stage.”

The first recorded accounts of Bangladeshis living in the UK date back to the 1700s.

It’s also important to highlight the historical significance of Bangladeshi’s War of Independence – with isn’t taught in the UK curriculum.

Theatre can bring more awareness of the presence of British-Bangladeshis and how the impact of colonialism is still felt today by the second and third generations living in the UK.

It’s easy to see why Amma is such a key piece of theatre in the modern world.

Not only is it telling vital stories as part of history, but it’s also emphaisisng the impact Britain had across the world.

Whilst these stories show the UK in a negative light, they are still important experiences that go unnoticed.

His collaboration with Abdul Shayek therefore is not only critical, but it’s also much welcomed in a growing landscape of theatre.

Kamal himself was a story consultant on the double BAFTA nominated Ali + Ava (2022) written and directed by Clio Barnard, having its world premiere at Cannes 2022.

The writer is currently working on Dance School for Channel 4 which shows how things are progressing within creative industries.

So, it shows just how trailblazing Amma will be for audiences.

Find tickets for the show here.