Glasgow has become the first city in the UK to start sending stolen artefacts which are now museum exhibits back to India.

All were gifted to Glasgow's civic museum collections.

Glasgow has become the first city in the UK to start returning stolen artefacts that are currently on display in museums back to India.

Following a long-standing agreement, Glasgow is committed to returning seven artefacts that are being transported to New Delhi.

This includes an 11th-century carved stone door jamb from a Hindu temple in Kanpur, and a ceremonial Indo-Persian tulwar (a style of sword) that is thought to date back to the 14th century.

Glasgow started the initiative in 1998 and so far, 51 items have been returned to India, Nigeria and two tribes in South Dakota.

Glasgow Life Museums has become the first UK museum service to commit to returning heritage items, which were carefully packed into crates at the Resource Centre on January 10, 2023.

They will be transferred to the Archaeological Survey of India, where they will go on display.

In August 2022, Glasgow Life hosted dignitaries from the Indian High Commission in London for a ceremony to transfer ownership of the seven objects.

Sujit Ghosh, the deputy high commissioner of India to London, expressed his “delight” at the decision to return the artefacts to India.

Delegates travelled to Kelvingrove Art Gallery and Museum to sign the agreement guaranteeing the return of the seven artefacts.

Among them, six of which were taken during the 19th century from temples and shrines around India, the other was purchased following a theft from the owner.

Regarding the Indo-Persian tulwar, the Nizam of Hyderabad’s Prime Minister took the tulwar from his collection in 1905, and he later sold it to British commander Sir Archibald Hunter.

All were gifted to Glasgow’s civic museum collections.

Following Glasgow City Council’s approval of a suggestion made in April 2022 to return 51 objects to India, Nigeria, the Cheyenne River, and Pine Ridge Lakota Sioux tribes in South Dakota, US, ownership of the items were transferred. 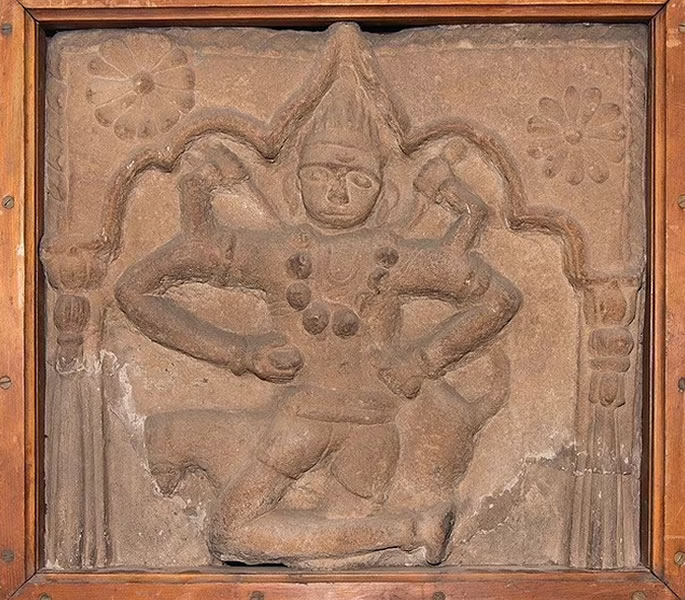 “The physical return of these Indian items marks a milestone for Glasgow.”

“Glasgow has led international repatriation efforts since 1998 when an agreement was reached to return the Lakota Sacred Ghost Dance shirt to the Wounded Knee Survivors’ Association.

“We must thank the High Commission of India, the British High Commission and the Archaeological Survey of India for their help and cooperation in ensuring the safe return of these objects from Glasgow’s museum collections.”

Ilsa is a digital marketeer and journalist. Her interests include politics, literature, religion and football. Her motto is “Give people their flowers whilst they’re still around to smell them.”
5 South Asian Theatre Shows to Watch in 2023
Jyoti Patel on ‘The Things That We Lost’ & Representation