The Glasgow 2014 Commonwealth Games will take place in newly constructed and upgraded venues across three district clusters of the city. Hampden Park is hosting the Track and Field events as well as the Closing Ceremony.

"Hampden has been transformed into a truly outstanding world-class athletics venue."

Thirteen state of the art venues have been prepared for the Glasgow 2014 Commonwealth Games.

Since 2009, organisers of the XX (20th) Commonwealth Games have invested £318m in newly built or upgraded sports venues across Glasgow.

The people of Glasgow have already used some of the completed facilities and intend to benefit from them in the future.

Lets preview where the Games are all happening:

Opened in 2014, the Athletes’ Village is spread over 35,000 hectares. The village will be home to roughly 6,500 athletes and officials from the seventy-one countries of the Commonwealth. The site has been described as a real “home from home’ for the world’s top sporting athletes.

Speaking about the village atmosphere, Scottish rugby legend, Gavin Hastings OBE said: “There’s going to be a huge sense of anticipation amongst each and every one of the athletes.” 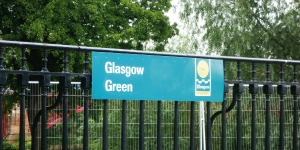 Situated near to the city centre, Glasgow Green is the departing point and endurance hub for the free athletics events.

The events taking place here include marathon and cycling (road race and time trial). Spectators will be able to view the road events from any spot along the course. 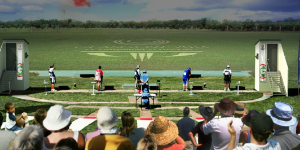 Located on the beautiful East Coast of Scotland near the famous golf courses of Carnoustie, this site will host the shooting events.

Spectators will get to see shooting across four ranges, including small bore, rifle and pistol, full-bore and shotgun play target. World-class athletes will demonstrate their skills and precision at this venue. 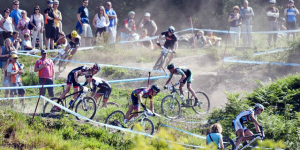 This venue is situated at the Cathkin Braes Country Park in the south of the city. The circuit has been re-designed to an international standard mountain bike track. 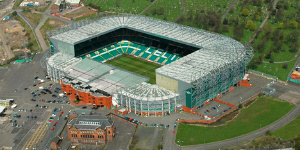 Home to Celtic Football Club, this venue is located a few miles from Glasgow city centre. Built in 1892, the stadium has a capacity of almost 61,000.

“The Opening Ceremony is there to welcome all the athletes that are part of Commonwealth Games.” 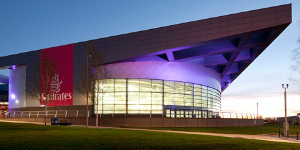 The new complex has been built at Dalmarnock in the East End of Glasgow. Located opposite Celtic Park, the indoor Velodrome comprises of a 250 metre cycling track. The Arena will host badminton and track cycling events.

The Arena has a capacity of 5,000, whilst the Velodrome can accommodate 2,000 people. Since opening in October 2012, this venue has hosted a number of world-class events for multiple sporting disciplines. 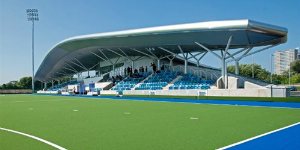 The centre opened in July 2013 and will host the men’s and women’s hockey competition. 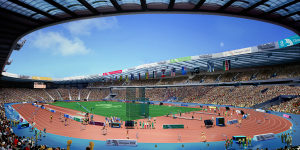 Located in the south of Glasgow and home to the Scottish national side, Hampden Park will host all the track and field athletic events and the Closing Ceremony. Having raised the playing surface by 1.9 metres, the stadium now has a capacity of 44,000.

Martin Kiely, Managing Director of Malcolm Construction, said: “From a very ambitious conceptual idea, which had never been done before, Hampden has been transformed into a truly outstanding world-class athletics venue.” 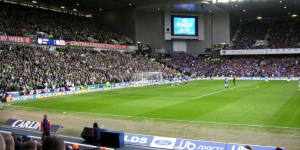 Situated a few miles from Glasgow city centre on the South Bank of River Clyde, the stadium is home to Rangers Football Club.

Constructed in 1899, the ground has a seating capacity of 46,000. Ibrox will host the rugby sevens competition. 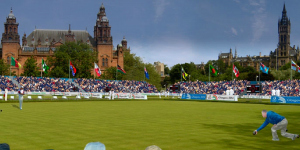 The venue is located in the West End of Glasgow, beside the Kelvingrove Art Gallery and Museum.

Five bowling greens have been upgraded to an international standard. The tennis and bowls clubhouse has been renovated with improved facilities. 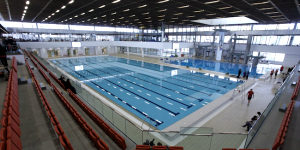 The Royal Commonwealth Pool in Edinburgh will host all the diving competitions.

The venue has undergone major renovation, with the diving pool upgraded to meet international standards. 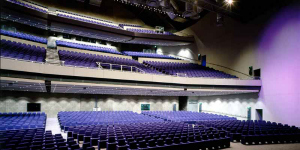 Situated less than two miles from Glasgow city centre, SECC is one of the biggest venues at the 2014 Commonwealth Games. 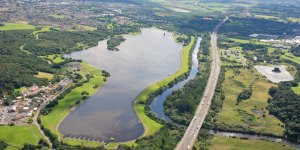 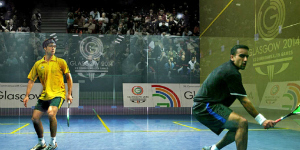 The venue now houses a new Squash Centre and an extended fitness suite. The venue will provide training facilities and host the squash and table tennis events. 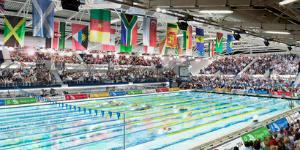 The Centre is located in the north-west of Glasgow. The competition pool has improved with an additional six-lane 50-metre swimming pool, which will serve as a warm-up.

Besides new fitness suites and improved changing facilities, the venue capacity has increased with the installation of 2,000 seats. The upgraded world-class venue opened in May 2013.

With Glasgow hosting the biggest sporting extravaganza in Scotland, fans visiting the city will witness a magnificent sporting festival across thirteen spectacular venues.

Faisal has creative experience in the fusion of media and communication and research which increase awareness of global issues in post-conflict, emerging and democratic societies. His life motto is: "persevere, for success is near..."
Glasgow 2014 ~ XX Commonwealth Games
India makes Test Match History against England