"It was a match in which pressure was on us. This win is a reward for the hard work we put in."

Ishant Sharma became a national hero for India on 21 July, 2014. His magical spell of 7-74 helped the Men in Blue to complete a historic win against England at Lord’s.

The win has left India in a celebratory mood as it was their only second win at Lord’s. India’s first victory at the home of cricket came back in 1986, eighty-four years earlier. It was in all senses a test match the country will remember and rejoice.

The victory gave MS Dhoni’s men their first overseas win in over three years. With this win India go up 1-0 in the five test match series. The first test match played at Trent Bridge ended in a draw. 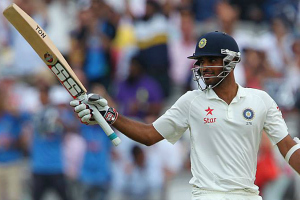 An elated Dhoni said: “It was a match in which pressure was on us after losing the toss and having to bat on a difficult pitch. This win is a reward for the hard work we put in.”

After a dead match at Nottingham, a green track was prepared at Lord’s which was supposed to help the English pacers.

English captain Alastair Cook won the toss and elected to field citing bowler friendly conditions. It was a good toss to win as the pitch had a lot to offer to the bowlers.

The English bowling attack led by James Anderson and Stuart Broad, though not right on the money, were able to knock down seven wickets for just 145 runs.

A brilliant century by Ajinkya Rahane came to the rescue and helped India get close to 300 as India put up a score of 295 in the first innings. 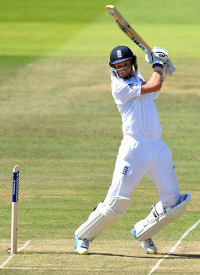 Rahane’s century is one of the finest centuries at the ground, especially as it came at a crucial time in conditions which favoured the bowlers.

The inability of the English team to wrap up the tail-unders surfaced once again as Bhuvneshwar Kumar added a handy thirty-six to the crucial 8th wicket partnership of ninety runs.

The English innings began with another failure as skipper Alastair Cook was dismissed for just ten runs. It was the brilliant century from Gary Balance and a half century from Lian Plunkett that pushed England over the Indian score as they ended up with a lead of 24 runs.

Bhuvneshwar Kumar was the pick of the Indian bowlers who kept it full and allowed the pitch to do the rest of the job. He bowled a line, which never let the batters feel comfortable at the crease. He ended up with superb figures of 6 for 82.

India came to bat in the second innings with a slight advantage, especially as it was going be very challenging to bat on the last day at Lord’s.

A good score was needed by the Indians to achieve the victory. Even though the pitch had eased up a little for batting, there was still enough to keep the bowlers interested.

Murli Vijay rose to the occasion and added ninety-five runs to the board before being dismissed by Anderson. The constant failure of Shikhar Dhawan and Virat Kohli put India in a position where it seemed like setting up a target of 250 would be tricky.

But Ravindra Jadeja along with Bhuvneshwar Kumar made sure that India surpassed a lead of 300 runs. It effectively meant that the English had a tough task on their hands.

The English batting opened up as normal, losing quite a few wickets at the start. Ishant Sharma made sure that the tourist were taking wickets during regular intervals. In fact, the hosts were already four wickets down at stumps on the penultimate day. 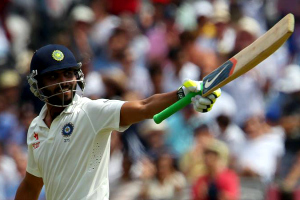 The first session of the final day witnessed a determined performance from Joe Root and Moeen Ali who made the Indian pacers toil hard. A strong 101 run partnership between the two gave England a sniffing change to play out a draw.

But just before lunch Ishant struck once again. Ali was caught by Pujara on a short ball for thirty-nine runs. Interestingly Indians are said to be poor against short deliveries but what happened next proved the English were just as weak.

In a post match interview, Ishant said: “No one has given me as much in life as cricket has. When I go out on the cricket field, I give all that I have, every time. I hope I will be useful in the entire series.”

Though some argued that it was the English who batted poorly, credit has to be given to Ishant Sharma who bowled his heart out and kept a consistent short line.

Ishant was named player of the match for his brilliant bowling performance. The visitors rose like true champions and the hosts were consigned to the debris of another defeat.

Amit is an engineer with a unique passion for writing. His life motto goes as “Success is not final and failure is not fatal. It is the courage to continue that counts.”