5 Stolen Indian Artefacts that Still Remain in the UK

Indian artefacts have a history of being looted and some of them still remain in the UK. DESIblitz looks at the top 5 that were taken.

Heritage items deserve to be celebrated. Surviving thousands of years is no mean feat as DESIblitz uncovers the history of five Indian artefacts that were taken to Britain.

Thanks to war, colonisation, and looting, much of India’s cultural items have been taken from their home.

But it is not just a matter of demanding a stolen item back. The Indian and UK laws state that if an artefact is not stolen, it does not need to be given back.

Luckily for the UK, the majority of the British Empire’s documents were destroyed. Therefore, the task of proving that Indian artefacts were acquired illegally is almost impossible.

Add on the reluctance of museums to give up such valuable items and we are left with a less optimistic future.

However, there are significant groups that aim to repatriate Indian artefacts.

The main organisation is the India Pride Project (IPP). This group helped the Indian government reclaim 157 items from the USA in 2021.

“History belongs to its geography. We have taken an academic issue and made it into a social movement.”

The fight to reclaim lost artefacts is bigger than ever. But these Indian artefacts are more than just old antiques.

They teach us stories and the history of these items explains why they are so appreciated.

So, DESIblitz celebrates and remembers five items of Indian history which remain in Britain, long after the collapse of the British Empire.

The Ring of Tipu Sultan 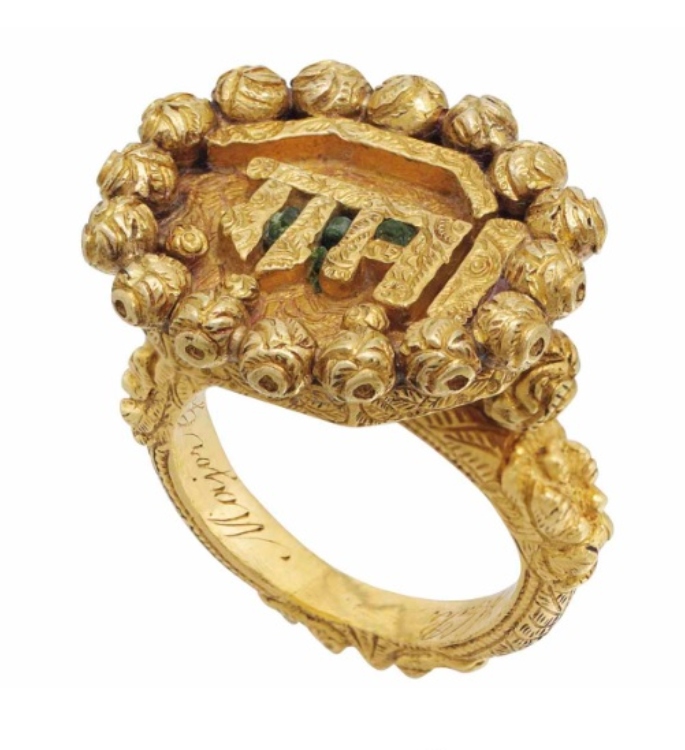 One of the most fascinating Indian artefacts is the gold ring of Tipu Sultan.

It weighs an outstanding 41 grams and is fitted with nine gemstones. The heavy golden band is also inscribed with the name of the Hindu deity, ‘RAM’.

Tipu Sultan was the King of Mysore, located in Southern India. He was well known for his fight against the British Empire and for innovating early versions of the rocket.

Wearing jewellery of this nature would have been uncommon for such a leader as it was made of gold and had reference to a Hindu deity.

Despite this, Tipu wore the ring religiously.

Many experts have speculated, but cannot confirm, the reason why Tipu wore the ring.

Was it due to his astrological beliefs, his love for jewellery or to show solidarity with his subjects?

Regardless of why he wore the ring, the band represents an impactful era in history that is still talked about today.

Tipu Sultan ruled for 17 years. His last battle was against the British forces where he was slain.

The ring was taken as a trophy. The British saw the band as a token of victory against Southern India.

From here, the ring was taken back to the British Isles and passed down within the Somerset family.

In 2014, a grandson of the Somerset family placed the item up for auction and an anonymous bidder bought it.

Furthermore, the ring is now hidden from public view.

The transaction brought criticism and concern from Professor Settar from India’s National Institute of Advanced Studies, who said:

“Make use of all avenues, legal and diplomatic, to recover the ring.”

Even with support from Tipu Sultan United Front, the Indian Government were not able to retain the golden ring.

Until the item is sold again, the whereabouts will remain unknown. When will it return to India? One can only wait and see.

Along with the ring, some of the King’s other possessions were taken from India.

This includes his sword, a wooden tiger and his perfume which are all allocated across different museums in Britain. 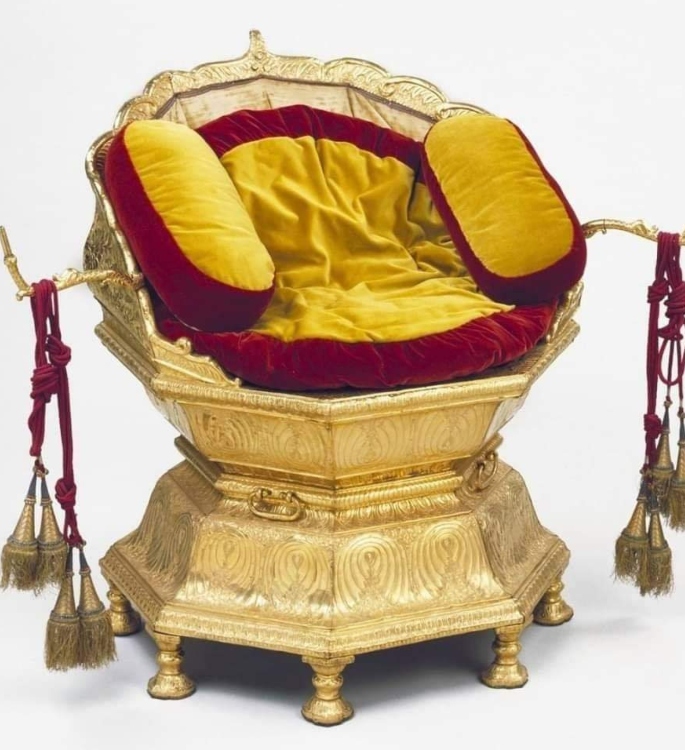 Ranjit Singh was the first Maharaja of the Sikh Empire, ruling Northwest India.

Dubbed the ‘Lion of Punjab’, Singh possessed another Indian artefact on this list, the Koh-I-Noor, for nearly half a century.

Ranjit Singh ordered his throne to be made by goldsmith Hafez Muhammad Multani sometime after 1820. The throne is fitted with luxurious gold plates and is heavily ornamented.

The octagonal base depicts two lotus flowers which symbolise purity and creation.

Despite the magnificent throne, Singh did not like showmanship. He often sat on the floor with his legs crossed.

After the annexation of Punjab in 1849, The East India Company claimed the throne as state property. It was sent to London to be held at the India Museum.

Other jewelled possessions of the Maharaja were sold at an auction in Lahore however the throne was sent directly to London.

In 1879, the throne was transferred to the Victoria and Albert Museum in Kensington where it is on public display.

It appears the permanent display will remain as such unless there is intervention from the Indian government.

The First Maharaja goes down in history as a valiant leader and his throne stands as a beautiful reminder of the short-lived Sikh Empire.

Ranjit Singh’s sword, known as the Shamshir, is also on display at the National Army Museum in London. 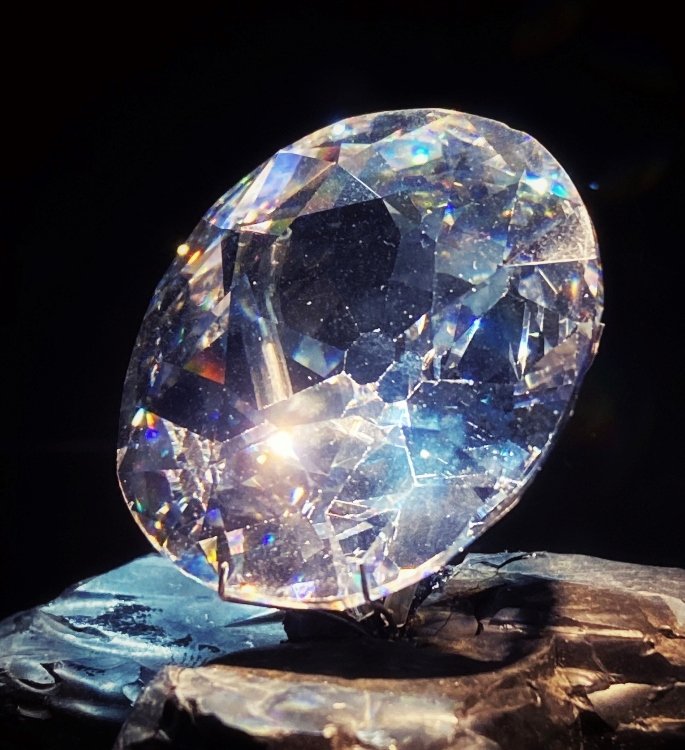 The name ‘Koh-I-Noor’ means ‘mountain of light’ in Persian, which is fitting given this jewel’s outstanding size.

The diamond originally weighed up to 191 carats and is an astonishing sight to behold.

The Koh-I-Noor is by far the most renowned item on this list. In fact, author William Dalrymple described it as “the world’s most infamous diamond”.

“If a strong man were to throw four stones, one north, one south, one east, one west, and a fifth stone up into the air…

“…and if the space between them were to be filled with gold, all would not equal the value of the Koh-i-Noor.”

Despite the jewel’s impressive size, it is the history surrounding it which makes Koh-I-Noor so valuable.

Passing from hand to hand, the diamond’s list of owners is impressive.

The exact origin of the jewel is unknown with some experts claiming an ancient Oriental ruler as far back as 3000 BC.

The jewel was first notably used for Mughal ruler Shah Jahan’s throne. Encrusted in the head of a gemstone peacock, the diamond remained there for a century.

In 1739, it changed hands and came to the possession of Nadhir Shah. The Persian ruler then gave the jewel its renowned name; ‘Mountain of Light’.

Fast forward to 1838, Koh-I-Noor made a return to India when The Maharaja of Punjab, Ranjit Singh, was given the diamond.

The jewel stayed with the rulers in Punjab for 46 years until the kingdom was annexed by the British Empire.

In 1849, under the Treaty of Lahore, the jewel was signed to the Queen of England.

The last Maharaja of the Sikh Empire, Duleep Singh, was aged 10 at the time and had no choice but to ‘gift’ the diamond away.

The British Government contests that the diamond was acquired legally under the Treaty of Lahore.

However, the governments of India, Pakistan, Afghanistan, and Iran have all claimed ownership.

The mesmerising jewel has a value of up to £330 million, no surprise as it is one of history’s most sought-after diamonds.

The artefact is a part of the Royal Crown worn by Queen Elizabeth and is on display at the Jewel House in the Tower of London.

Unfortunately, India concedes that they cannot force the British to give the diamond back.

Koh-I-Noor was neither stolen nor forcibly taken but ‘gifted’ therefore it cannot be subject to the current laws.

A petition could help. Whilst many have gained traction, they have ultimately failed. It appears India will never get their jewel back. 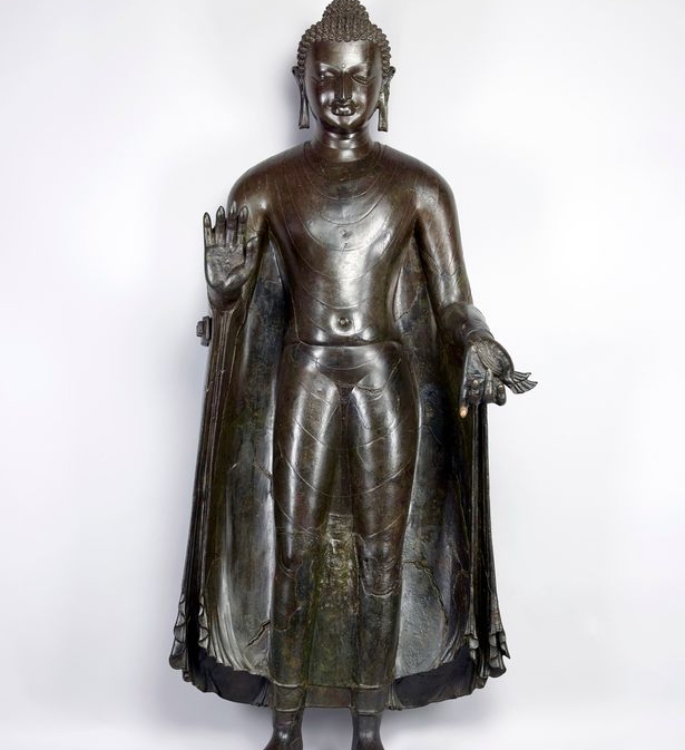 The Sultanganj Buddha is a copper masterpiece. It is the largest surviving statue of its kind, standing 2.3 metres high and weighing an enormous 500 kg

The statue beholds the beauty created at the time of the Gupta Empire.

The Empire peaked between 300 to 400 CE and is seen as the golden age for North Indian art.

Their distinctive style of sculpturing alludes to the Buddha being built some 700 years before it was found in 1862.

The statue is in the position of reassurance, exemplified by his extended right hand. The left palm, facing down, is symbolic of the Buddha granting wishes to his devotees.

The sculpture represents an aura of detachment and tranquillity.

Railway engineer, EB Harris, discovered the Sultanganj Buddha in 1862. He was working in the Bhagalpur district, excavating remains and stumbled across the ancient statue.

After hearing about such a unique discovery, Birmingham-based metal manufacturer Samuel Thornton paid £200 (Rs 19,105) to have the sculpture transported to England.

Visitors can see the statue at the Birmingham Museum, even during the annual Buddha Day event. 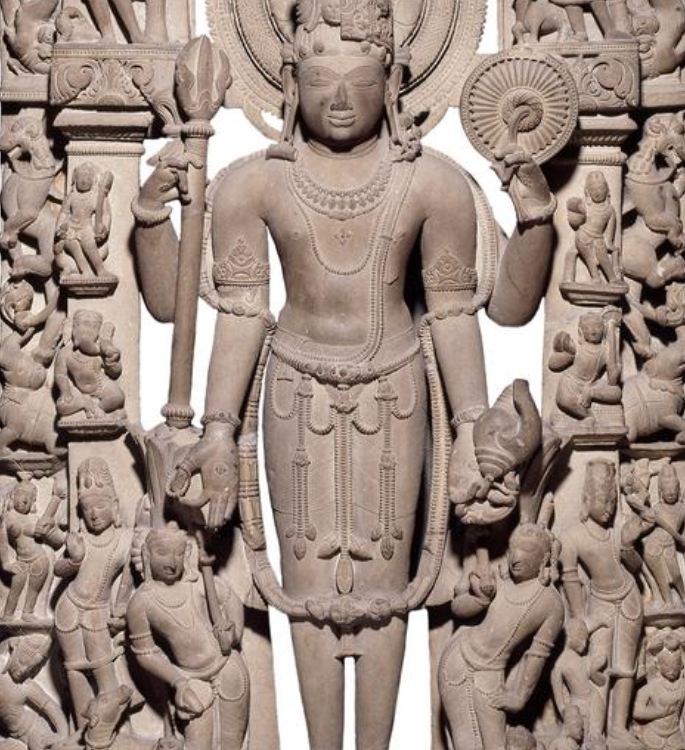 At 1000 years old, the sculpture of Lord Harihara remains a fascinating artefact. The piece is estimated to have come from Khajuraho, Madhya Pradesh.

The piece depicts the four-arm figure holding Siva’s trident and rosary on the left and Vishnu’s conch and discus on the right.

The figure is seen to be standing on a lotus, representing purity and calmness. Lord Harihara is also depicted to have a double-banded halo.

Harihara is said to be the culmination of other deities; uniting to become different aspects of Brahman.

In fact, Harihara is referred to as “oneness of all existence” in some schools of Hindu philosophy.

The Indian sandstone sculpture was bought at Christie’s auction in 1830. Christie’s puts on world-renowned auctions with some of the most valuable historical pieces on sale.

As part of a collection, the Lord Harihara Idol was gifted to the British Museum in 1872.

In 2018, the British Museum announced that they would be putting the sculpture on display. This was met by outrage and the public took to Twitter to voice their displeasure.

One was Vijaykumar Mahajan who tweeted:

“@britishmuseum the right thing for you to do would be to return this and other Indian artefacts looted during colonial times to India (along with an apology).

“You should feel free to make a replica for display purposes. And yes, you are welcome.”

However, they explained it was vital for the piece to remain in London for international visitors and the South Asian diaspora in the UK.

The backstory of all these Indian artefacts opens up stories of different periods and worlds passed.

From the golden age of Indian art to the world’s most wanted diamond, the fruitful history of India remains apparent.

Although, there are many groups fighting to repatriate these heritage pieces.

For example, the India Pride Project and Art Recovery International are doing tremendous work to regain some historical artefacts.

Additionally, there is some great news which could inspire more action. On June 29, 2021, Glasgow revealed that they would return seven historic artefacts to India.

This will be the first-ever repatriation of Indian artefacts from the UK.

This news is not only a massive win for the seven antiquities, but it could also spell a prelude for better things.

Takbir enjoys reading about history, learning new things and being disappointed by his football team. He is also a massive Star Wars fan, believing in Yoda’s quote “do or do not, there is no try".