7 Extraordinary Museums in India to Visit

Eye catching, ear throbbing and hand clenching. This is the typical reaction after visiting these unusual and exciting museums in India.

don’t forget that the range of toilets are for display only!

Hearing the word museum, for many, can be daunting. Because of the history, facts and long hours, some might feel like the museum becomes ‘boring’. Or they may fade out, and find themselves in La La Land.

For others, it can be passable. However, extraordinary museums can create excitement and wonder in everyone.

India has a diverse culture and learning about it can be very fascinating. What better way to explore the culture and dynamism than in creative and unusual forms?

Have you ever wondered how your toilet has evolved over the years? Well Dr Bindeshwar Pathak, a humanist and social campaigner, definitely did.

Located in New Delhi, Sulabh International Museum of Toilets showcases hundreds of toilets from 3000 BC up until the 20th century.

Established in 1992, the museum has a range of toilets from over 45 countries. The timeline of how one-stop pit toilets evolved to modern flush toilets is mysterious enough.

If you get tempted to use the bathroom, don’t forget that the range of toilets are for display only!

Known as the “land of black magic”, Mayong village resides in the Morigaon district, Assam.

Centuries ago, a king of Nepal brought magic into Mayong and since then it has flourished throughout.

It’s the perfect location for a museum, as it explores the history of voodoo and sorcery greatly. As freaky as it may sound, it is equally captivating and educational. 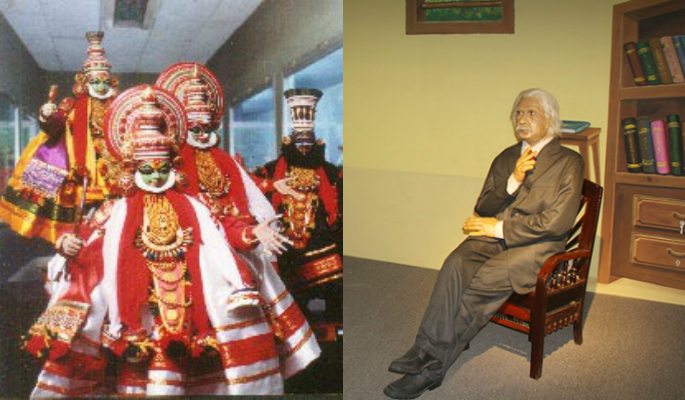 In Gujarat City, Ahmedabad, it’s well-known that kite making and flying are common during Uttaran. No wonder there is a museum dedicated to kites!

The Paldi Kite Museum in Ahmedabad opened in 1989, founded by Bhanubhai Shah. Kites range from over 45 years ago, which can be seen across photographs, scriptures and the kites themselves.

One of the highlights of the extraordinary museum is a kite made out of 400 scraps of paper.

Have a child who obsesses over dolls? Take them to Shanker’s International Dolls Museum.

A political cartoonist, by the name of K Shankar Pillai set up this museum in New Delhi. To begin with, there are over 6000 dolls from over 70 countries based in the museum.

The displays show dolls from different Asian countries like India. The museum also shows dolls from various cultures such as Europe, Africa, USA, Middle East and Australia. Clay, wax, wood and even plastic, are just some of the materials that help make up the dolls.

There are several vintage and modern dolls. The oldest doll is a Swiss doll made in 1781. Due to its age, it’s so fragile that staff need to preserve the doll very well.

The Indian version of London’s Madame Tussauds. Located in Kanyakumari, it features some of the most famous celebrities out there.

There are several wax museums within India. But the one in the city of Baywatch seems to takes the cake. Opened in 2005 as the first wax museum to open in India, its residing spot is within an exciting water theme park.

The vast amount of creativity exploited is unbelievable. Some of the famous figures in the extraordinary museum include, Indira Gandhi, Jackie Chan, Amitabh Bachchan, Shahrukh Khan, Rajnikanth and Mother Teresa.

When one hears that a historic submarine has a museum within it, then it’s certain that there’s something unusual about.

In the refreshing beach of Visakhapatnam, Andhra Pradesh, the INS Kursura Submarine museum remains an important figure for the Indian navy army.

The submarine was in action for 31 years, including in the Indo-Pakistani War of 1971. By early 2001, it was deactivated.

Over 50 army members would have had to share two toilets and two washbasins for months. Our respect for the Navy officers of India grows, as we salute their great sacrifices and dedication to protect India. 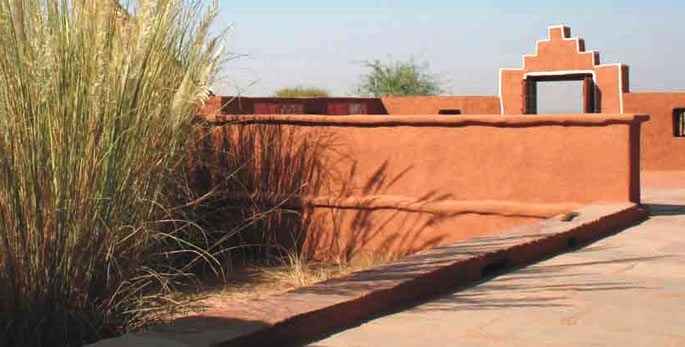 Rajasthan comprises of a desert, known as the Thar Desert. It spans across over 77,000 square miles. Located here is the Arna Jharna Desert Museum, encompassing a unique entrance to museums that differs from the usually enclosed exhibitions.

The desert museum is open and wide, allowing you to outlook the rural, desert lifestyle. The overall idea was sought out by late Komal Kothari, a folklore expert.

Exhibits showcase water conservation techniques and how people use musical instruments in the desert. They also show various brooms in the desert huts and so much more!

These extraordinary museums take the idea of a regular museum ten notches higher. These museums expand and deepen the essence of culture.

For those that reside in India and haven’t visited all these extraordinary museums, then it’s high time to get out there and explore!

And for those planning a trip to India, take some time to check out these unusual museums. Anyone who visits these extraordinary museums will be awe-struck and completely in tune with their unusual ingenuity.