10 YA Books with South Asian Protagonists You Must Read

DESIblitz presents the top 10 books with South Asian characters and why they deserve a place on your bookshelf.

To learn about the South Asian experience, reading books which feature Desi protagonists is a must.

The representations of South Asia and the South Asian diaspora in books for young readers continue to expand.

As a result, publishing has become more attuned to issues of inequality in representation.

With each passing year, the number of new titles with South Asian protagonists increases.

And whilst there is still a long way to go until every South Asian experience is documented in a work of fiction, these ten YA books are a great place to start.

From societal disapproval and expectations from the Desi community to immigration and sexual trauma, DESIblitz presents the top ten YA books with South Asian protagonists.

The Knockout by Sajni Patel 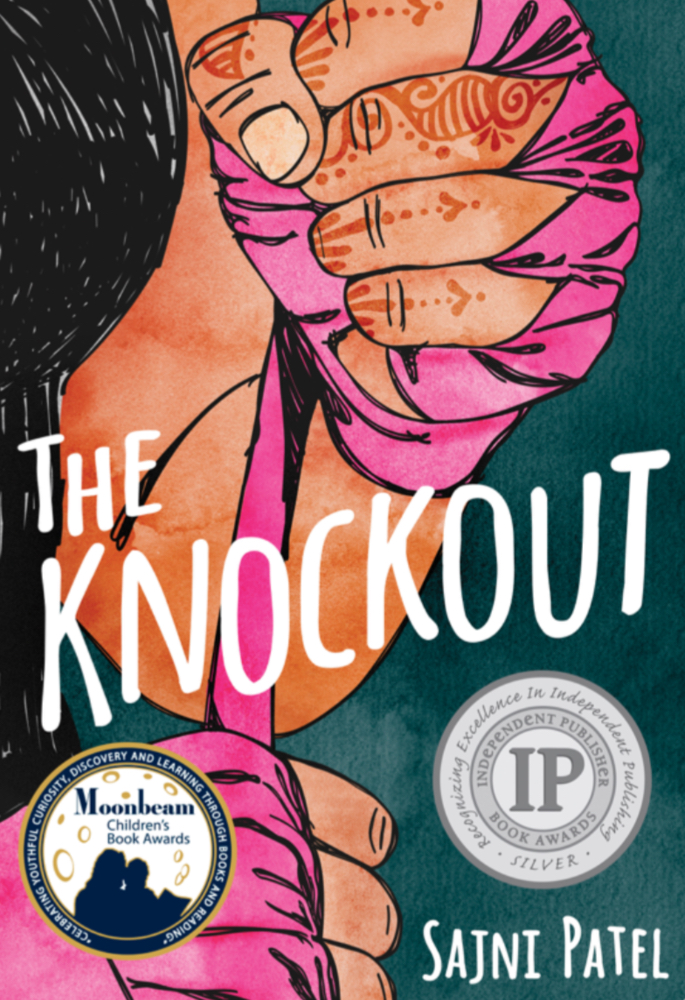 Sajni Patel’s debut tells the story of 17-year-old Kareena Thakkar, a highly-skilled Muay Thai practitioner who has to balance her commitment to her sport and the expectations for girls in her traditional Indian community.

In this action-packed novel, Kareena punches at societal disapproval and her insecurities while striving to make history – the possibility of participating in the first Olympic Muay Thai team.

If I Tell You the Truth by Jasmin Kaur 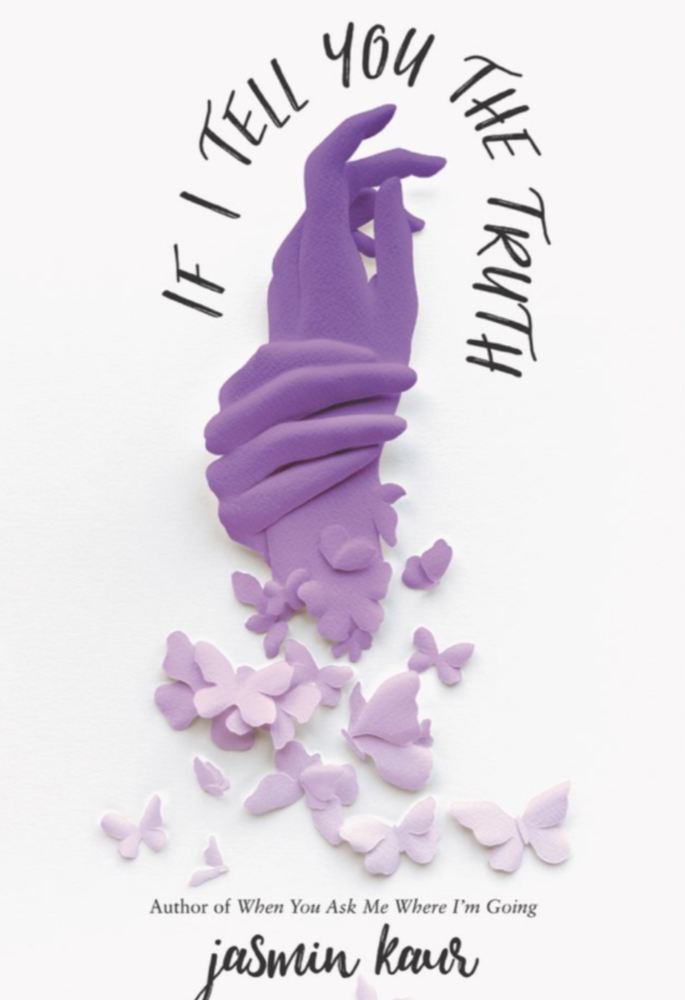 Jasmin Kaur combines poetry, prose, and illustrations in this experimental novel about immigration, sexual trauma, and the relationships between mothers and daughters.

If I Tell You The Truth is told in two voices, 18 years apart: Kiran, who has fled India for Canada after being assaulted by her fiancé’s brother, and Sahaara, the product of that assault, who seeks to right her mother’s injustices.

Hunted by the Sky by Tanaz Bhathena 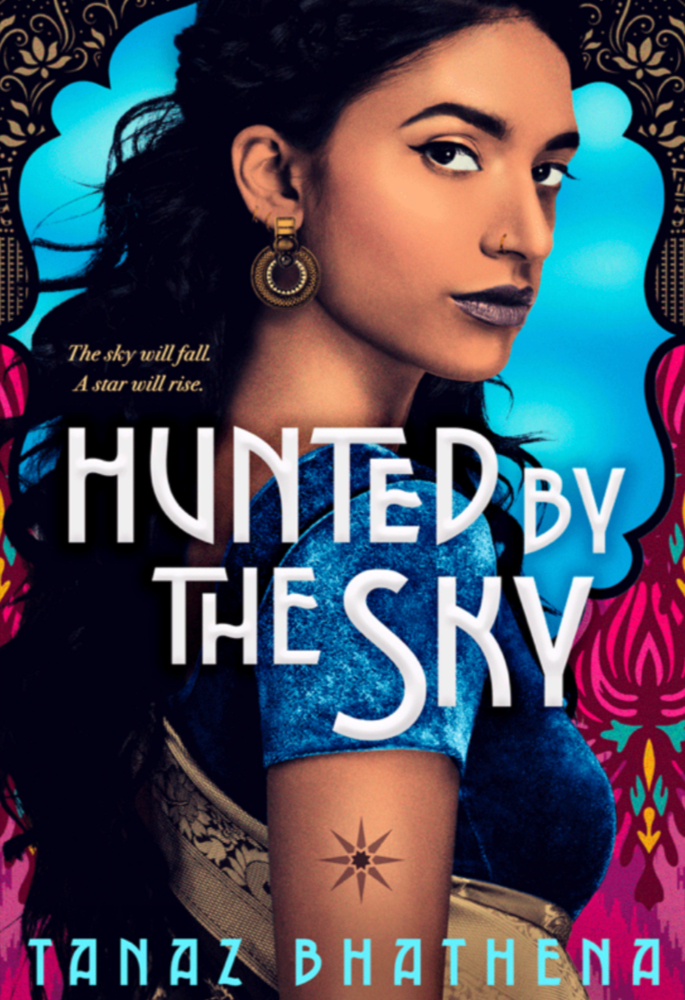 This stunning novel is the first in a new fantasy set in a world inspired by medieval India, where girls and women not only have magical powers but also have deep political ambitions.

Protagonist Gul has a single star-shaped birthmark above her right elbow because of a prophecy, hundreds of girls with such marks have been taken or killed — Gul is a target of the king who brutally murdered her parents.

Cavas is resigned to join the king’s army to save his ill father until he meets Gul and becomes entangled in her mission of vengeance.

Hunted by the Sky is lush and vividly imagined, suspenseful, romantic, and adventurous. 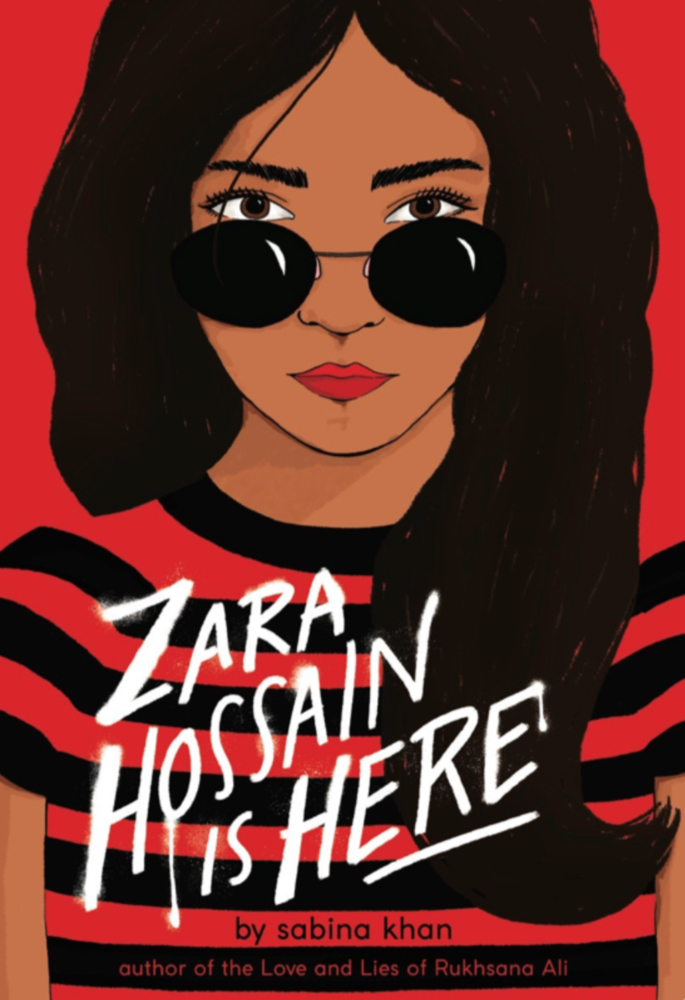 Seventeen-year-old Pakistani immigrant Zara Hossain and her family have been waiting for their green cards for nine years, and Zara has tried not to rock the boat, even as she faces overt Islamophobia at school.

But when her house is vandalised with racist graffiti by her tormentor and his gang, she takes justice into her own hands with a move that places her family’s entire future at risk.

Khan’s examination of the legal difficulties many immigrants face on their road to citizenship, and the precariousness of the immigrant experience more generally, fortify this timely novel. 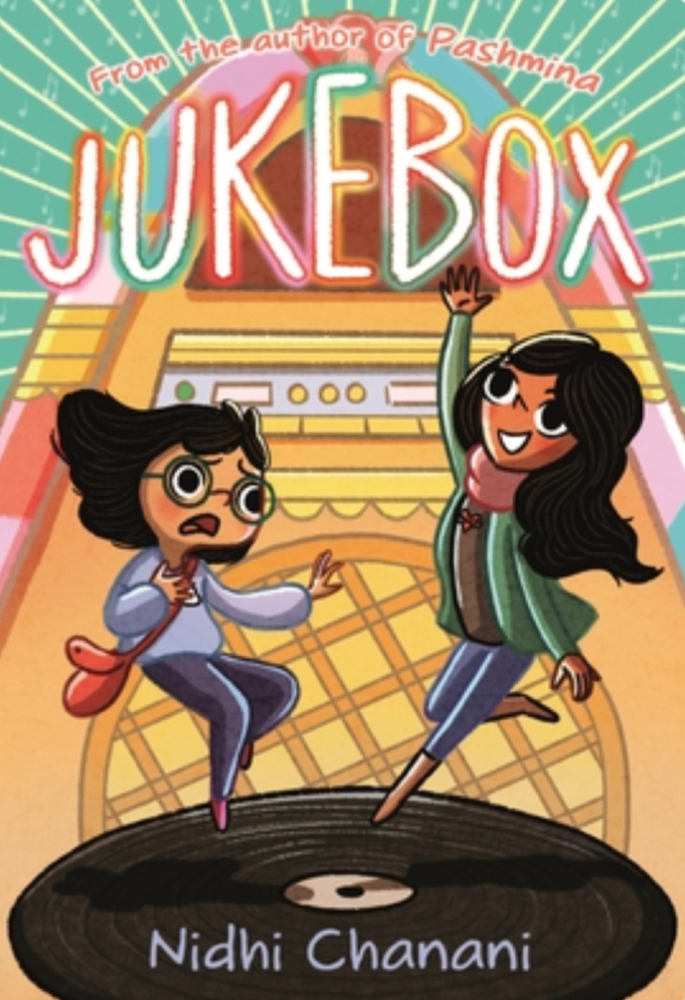 With the help of a time-travelling jukebox, Shaheen and her cousin Tannaz undertake a time-bending, reality-bending quest to search for Shaheen’s missing, music-obsessed father.

Yes No Maybe So by Aisha Saeed and Becky Albertalli 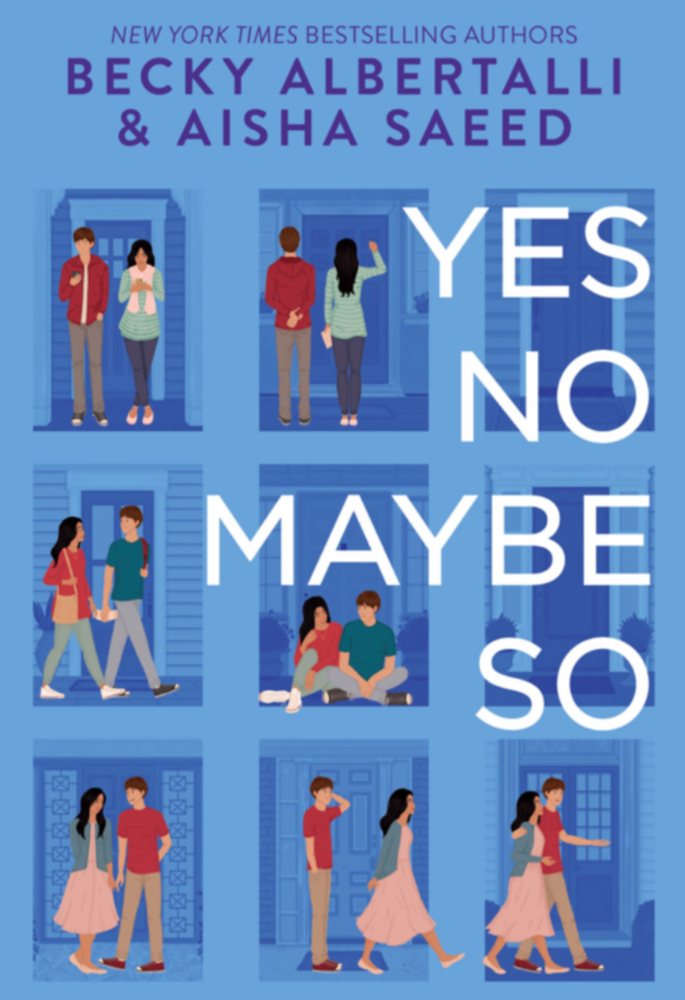 Told in alternating perspectives, Yes No Maybe So is a sweet novel about faith, politics, love, and family set against the backdrop of a raucous state senate campaign.

Jamie Goldberg, who is “painfully bad at anything girl-related,” and Maya Rehman, who is struggling with her parents’ sudden separation during Ramadan, find themselves unexpectedly involved in their town’s messy politics — and unexpectedly falling for each other.

The Chaos Curse by Sayantani DasGupta 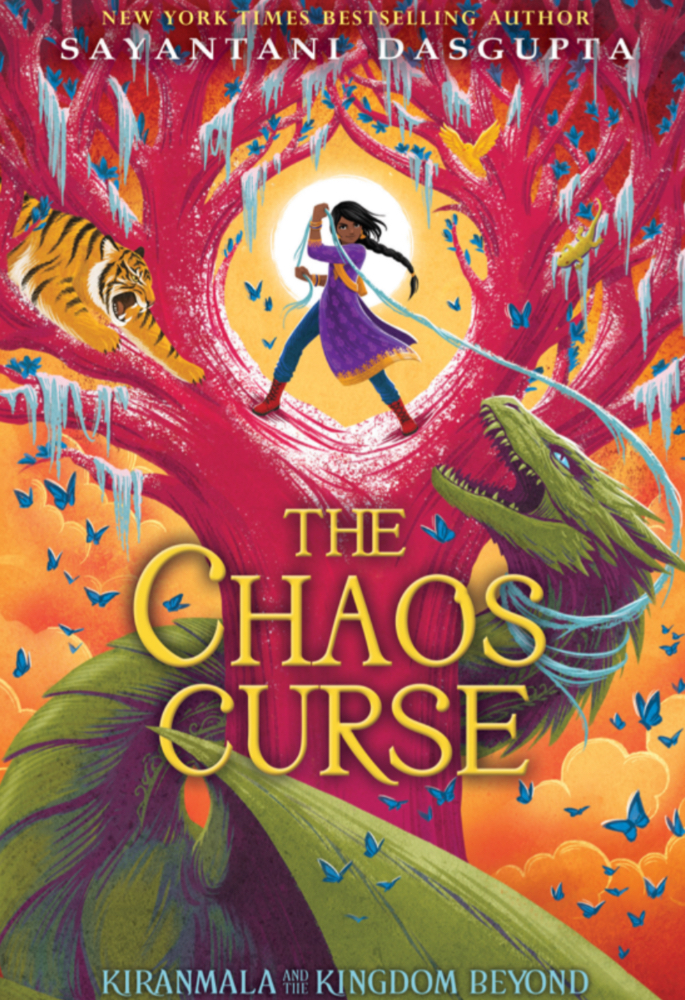 In this ambitious third instalment of Sayantani DasGupta’s bestselling Kiranmala and the Kingdom Beyond series, 12-year-old demon slayer Kiranmala and her friends must stop the Serpent King’s plan to collapse the parallel dimensions of the multi-verse into one.

Much like the previous books in the series, The Chaos Curse is rollicking, hilarious, and action-packed, and introduces new, memorable characters.

The series draws inspiration from Bengali folklore, South Asian and American pop culture, and metaphysics, while also reinforcing that stories are powerful and that many fantastical stories are necessary to imagine a more equitable future. 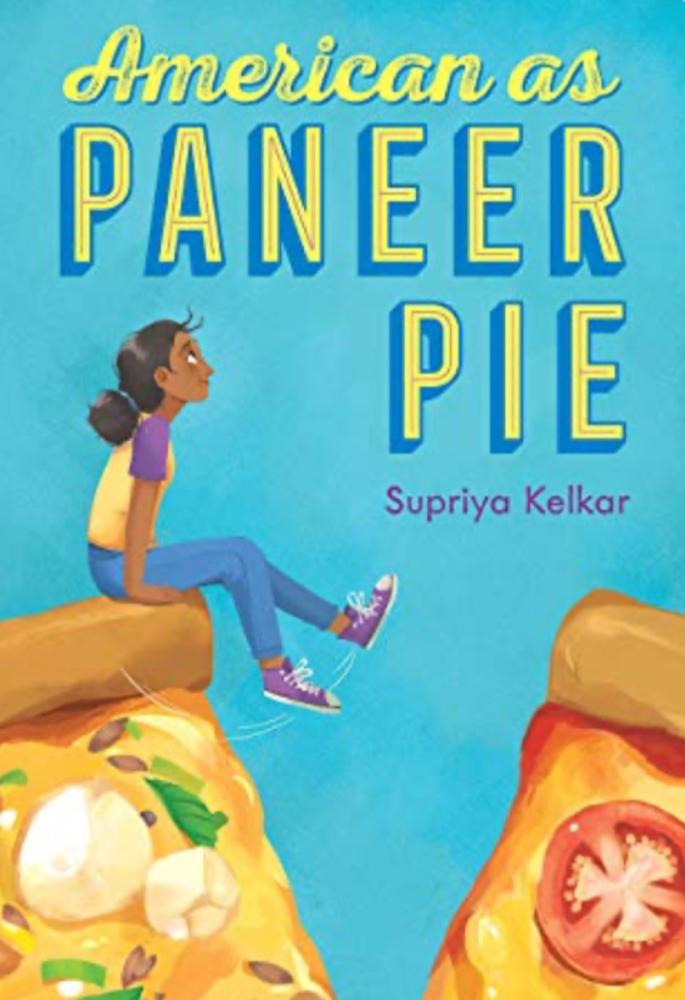 Lekha lives a bifurcated life. She is both home Lekha, who loves Bollywood and Indian food, and school Lekha, who shrinks from and denies her rich cultural heritage.

A new girl, Avantika, an immigrant from India, moves into the neighbourhood, and Lekha realises they are similar in some ways but different in others: Avantika embraces and is deeply comfortable with her Indian identity.

When a racist incident roils Lekha’s small town, she finds her voice with the help of her community, Avantika, and her newfound sense of self in this charming novel, which explores the complexity of immigration and identity. 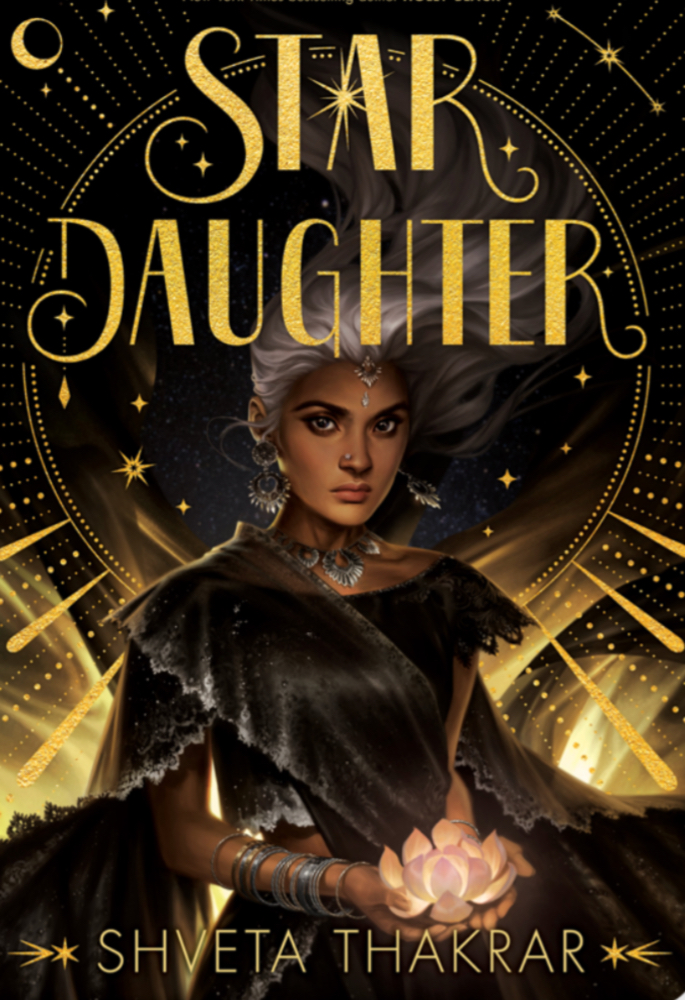 Sheetal has kept her celestial ancestry a secret, but when her human father is struck by star-fire, Sheetal returns to the skies, the home of her mother, where she must win a competition to save her dad.

Star Daughter is a magical novel about belonging to and being torn between two worlds.

More Than Just a Pretty Face by Syed Masood 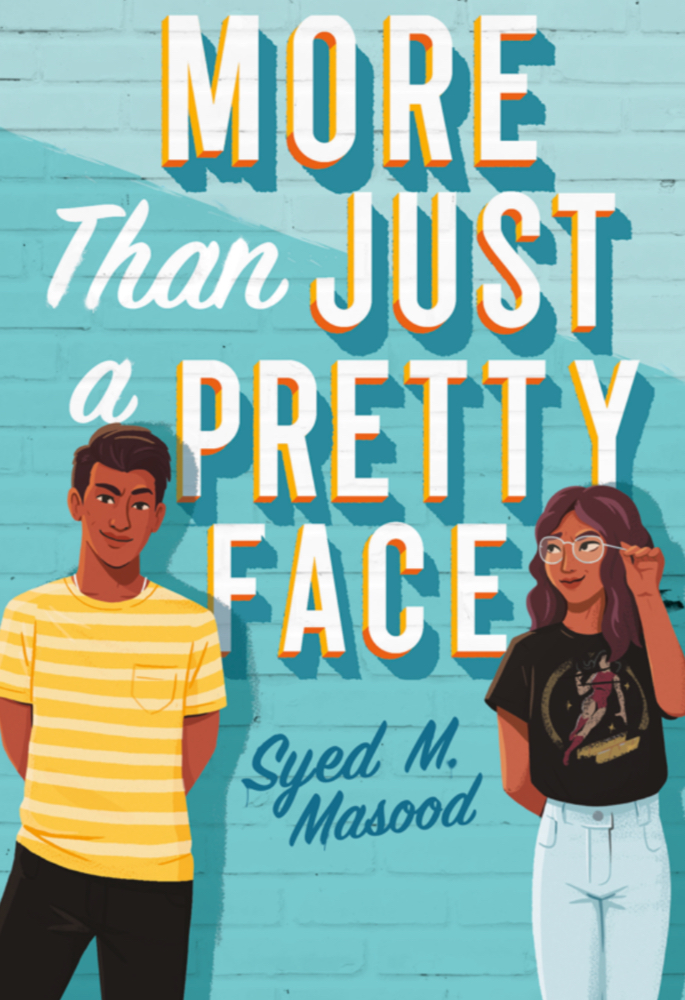 Aspiring chef Danyal is “completely gaga” over Kaval, one of the most popular girls in school but his longing is unrequited, and her family thinks him less-than-suitable as an arranged marriage prospect.

When Danyal gets selected for Renaissance Man, a school-wide academic championship, and partners with Bisma, his brilliant classmate, he finds himself learning from her, cooking for her and falling for her.

More Than Just a Pretty Face is a charming novel about food, family, and unexpected love.

YA may stand for ‘young adult’, but it comes as little surprise that the genre’s fast-paced plotting and frank approach to difficult themes have come to resonate with readers of all ages.

Besides, when it comes to inventive socio-political analysis and major cultural trends, YA has always been on the cutting edge.

No matter your age, stories about identity, love, friendship, and growing up are universal experiences and these books with relatable South Asian protagonists are a great selection to get you started.

Ravinder is a Journalism BA graduate. She has a strong passion for all things fashion, beauty, and lifestyle. She also likes to watch films, read books and travel.
Kubbra Sait recalls Bullying she faced at School
5 Stolen Indian Artefacts that Still Remain in the UK