DESIblitz gets into a candid conversation with celebrity entertainer and author Lilly Singh about her life, fame, books, sexuality and more.

With the release of her book, Be A Triangle (2022), Lilly Singh sat down for an honest and candid chat with DESIblitz.

The Canadian Punjabi star has been at the forefront of the entertainment industry for over a decade. However, her rise has not come without its own barriers and hurdles.

From dealing with anxiety, coming out as bisexual in front of the world and battling with online trolls, Lilly has faced it all.

Whilst dealing with the challenges that fame brings, the superstar felt lost and detached from the different aspects of her success.

But, she quickly found out that her own problems aren’t too disconnected from the people she has captivated over the years.

Therefore, Be A Triangle addresses how Lilly found herself again and revived her self-love and self-worth. Especially when having to face cultural ideals as a South Asian woman.

The book aims to highlight how to truly invest in yourself. It lays out a type of blueprint to help deal with and overcome the stresses of life to achieve your happiest form.

But, for someone with such immense success, how hard has this process been for Lilly Singh?

The comedian, author and talk show host spoke with DESIblitz and opened up about her life, work, culture and sexuality.

The Making of ‘Be A Triangle’ 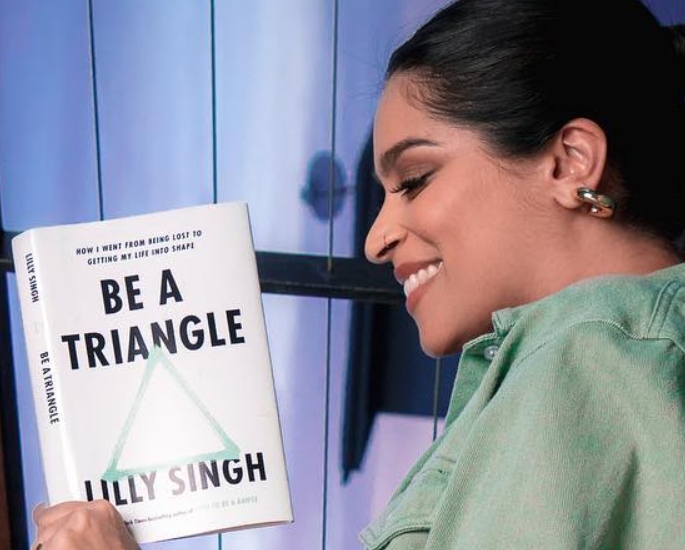 Under the alias ‘IISuperwomanII’, Lilly Singh ascended within the entertainment industry through the success of her YouTube channel.

Her comedy skits, original songs and vlogs gained the attention of over 14 million subscribers. A monumental feat for any person.

This of course led to huge strides within showbusiness. Music videos, TV shows, movies and even a world tour all proved how talented Lilly was as a performer and entertainer.

The starlet then went on to publish her debut book How to Be a Bawse (2017) which became a number-one New York Times best-seller.

In 2019, she moved her skills toward a late-night talk show titled A Little Late with Lilly Singh.

She was the first person of Indian descent to host this type of programme on a major American network.

However, with this catalogue of triumphs as a South Asian woman, Lilly admits it is still surreal to her:

“Numbers is one thing, I never thought I would be in the entertainment industry, living in LA, writing books, going on tours, being part of movies.

“I never thought that this was going to happen at all. This is way surpassed my wildest dreams.”

However, Lilly explains she got caught up in the continuous accomplishments and relentless media frenzy around her.

Whilst many define success as money or materialistic goods, the author states she has taken on a new perspective:

“I have just redefined what it means to me. I think for a long time, my success was everything.

“What was on my vision board was everything, it was how I defined myself…

“…But I no longer want to be the person where that’s who I am completely.

“I’m a complete human being already and all of this stuff is my craft, my art and the extra bonus stuff.”

However, she emphasises that she lost sight of herself and the vision she set out on achieving. But, she became engrossed in getting back on track.

Although, when the Covid-19 pandemic hit and millions faced lockdowns, her internal conflicts were eating away at her.

So, it was here where she decided to create a book to help herself and others:

“How to be a Bawse – I still believe everything in that book. It was about hustling and goal setting and anyone that knows me and my brand know about hard work.

“I think Be A Triangle is about is okay now you’ve got those things, what do they mean? It’s a little deeper, it’s the intersection of hard work and spirituality.

“This book is for anyone who feels like they just can’t quite figure it out.”

“I think the place I wrote this book from was someone who has all the stuff on her vision board, is on her fourth vision board, who still feels lost…

“…she changes on accord depending on what’s happening in her day.

“If she’s winning awards, she feels on way. If she’s getting rejected at an audition, she feels another way and she shifts so drastically.

“I didn’t like that feeling. I wanted to build a place that I could come home to spiritually, that was my safe space, that wasn’t tied to any of those things.”

Lilly Singh truly believes that Be A Triangle will be a “blueprint for years to come” on how to think about things differently.

She wants this book to serve as a tool to help manifest the truest, purest and honest version of yourself without comprising anything. 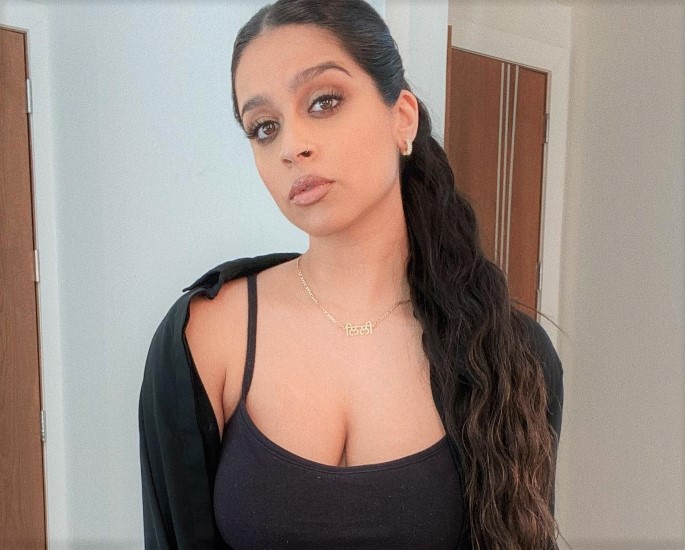 Although there is progress in the modern-day, South Asians on mainstream TV are still underrepresented.

Therefore, when Lilly started to blossom in this area, it caused jubilation for many Desi communities across the globe.

However, she reveals to DESIblitz that her anxiety started to creep up on her, especially being a woman with so many career milestones:

“[Anxiety] creeps in often. I think the number one thing it does is it steals joy from moments that should be joyous, that’s the way it has impacted me the most.

“It creates problems that are not there.

“So in a moment where I should be celebrating, be proud, instead my brain convinces me of all the reasons I should not be that.

“It makes me feel nervous and panicked and always on the defence. Always like I have to be in the defence mode.

“It’s a hard place to be because you want to enjoy the fruits of your labour.”

This mindset goes for many people who deal with this kind of mental stress.

However, Lilly herself admits she has to tell her brain off sometimes but having that self-control is key:

“[Tell] your brain ‘hey I know you feel this way, I know you’re used to feeling this way, but I’m gonna keep reminding you there’s another way to do this’.

“‘We’re gonna keep doing this until you learn there’s a new way to do this’.

“It’s about letting go of those ideas and patterns that don’t serve you and working to build new ones.”

Dealing with celebrity status and the pressures that come along with it is one thing, but what about cultural ideals?

In 2019, Lilly came out as bisexual via social media.

As a Punjabi woman, this announcement came as a surprise but also emphasised how stigmatic these topics remain in South Asian cultures.

In Desi communities, sexual identity is rarely discussed but Lilly confessed to us this is the exact reason she took this step:

“One of the reasons I decided to come out online the way I did which was very celebratory was because of that.

“It’s not really spoken about and it’s a huge taboo and I thought wouldn’t it be so great if someone was celebratory and proud about it.

“Which is why it was very important for me to do it that way.”

Sharing her advice to others who are thinking of taking this leap, Lilly emphasises:

“Don’t beat yourself up because it’s hard and scary. It’s normal, that’s a normal human response. It’s the toughest thing I’ve done in my entire life.

“But I think we really need to ask ourselves a question of ‘do we love what others think about us more than we love ourselves?’…

“…If you logically break it down, no one should have an opinion about who you love.

“I know that’s easier said than done because we have parents, we have relatives, we have culture and society.

“But, the work to do to be your authentic self is so worth it and I truly believe that.”

These exact words are what Lilly abides by. Whilst many in the media and from the South Asian culture were quick to scrutinise her, she didn’t listen.

Although she admits it’s a tough combination to share something so personal whilst being in the public eye:

However, as Lilly stated before these feelings are human nature.

It’s very interesting for her to open up about such an overlooked area within Desi communities.

Although, the fact she is talking about her sexuality so candidly is a move in the right direction. It is this unapologetic nature that has spurred Lilly on to the next stage of her career. 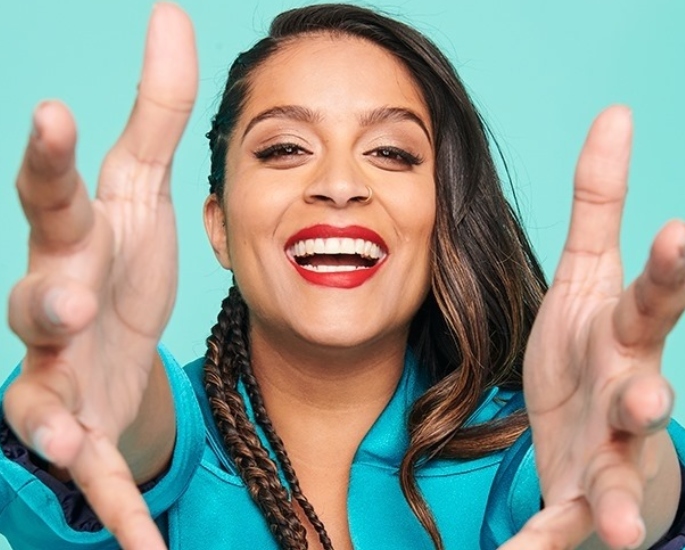 With such an eventful career so far, Lilly Singh has had to deal with a monumental amount of success, pushbacks and challenges.

However, it is these difficult circumstances that have resulted in Be A Triangle and this newfound relationship with self-love.

Where once the superstar was heavily impacted by outside opinions, she has removed all of this from her life.

Whether it’s paparazzi, cultures or online trolls, the negativity deserves no response in Lilly’s eyes.

She emphasised to DESIblitz that everyone should feel like this by holding on to a set of core beliefs.

Although most people won’t have online trolls, these are symbolic of outside perceptions that one should not worry about:

“I think the first step in not caring about trolls is having a very strong sense of what your values are.”

“What do you believe is right? What are the values you live by? Do you know who you are?

“When you have a very strong sense of those things, if someone else tells you what those things are for you, you are then able to say ‘actually no that does not align with my values’.

“…If someone comes and tells me ‘oh you shouldn’t be talking about your sexuality’.

“Again, going back to my values, I actually believe people should celebrate who they are authentically, that is my value. I know this, there’s no room for debate there.” 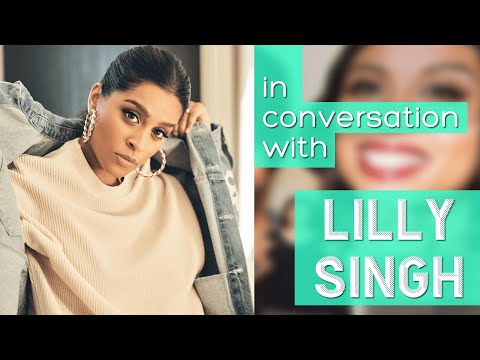 In her own words, Lilly has given us invaluable access to her progression as a person and entertainer.

Whether it’s self-discovery, spirituality, mental health or facing cultural ‘ethics’, the superstar’s status is only accelerating even more.

Even better for readers and admirers of Lilly, she dives deeper into these elements within Be A Triangle.

It lays bare how Lilly has progressed since her tender beginning on YouTube all those years ago.

Now, with a monumental amount of experience and knowledge on fame, identity and life in general, she hopes to carry on impacting her fans worldwide.

Sharing such mesmerising insights with DESIblitz, Lilly Singh’s Be A Triangle promises to showcase a new side of her personality.