South Indian authors are part of the diverse, creative and expansive literature landscape.

We live in a world where literature is such an increasingly absorbed type of medium.

Every year, millions of new books and novel ideas are drawn together, anticipating their time of publication.

Therefore, it can be hard to sift through prose to find something that would stick with you.

Perhaps you might search up the content of a book to see if it sparks your interest. On the other hand, you may find that bestsellers are the top way to navigate your next read.

But for many, finding authors who resonate with themselves is more of an ideal path.

Especially if the identity of the author is one that is not properly represented in the literature spectrum globally.

That’s why DESIblitz has drawn up a list of South Indian authors to look out for. Not only will you stretch your reading horizons, but you might find your next 5-star read. 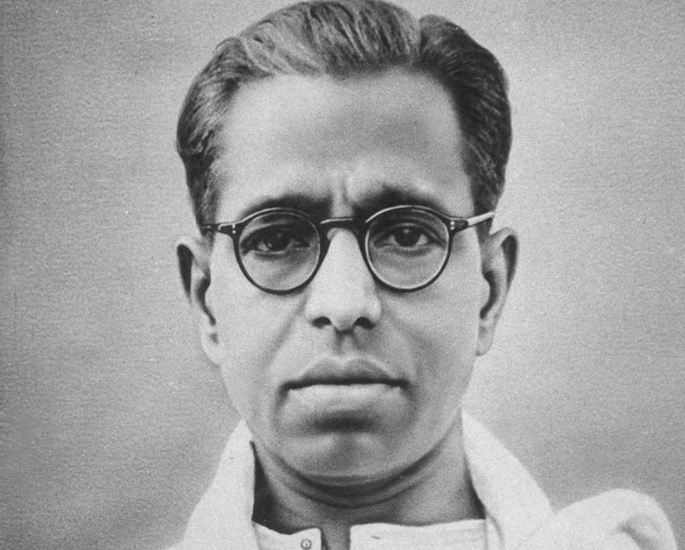 His short stories (such as Tiger King) are noted for their unique style.

They have been described as part of the “historic genre, where he blended ancient tales, legends and historic facts with fictional escapades to produce epics”.

Another mark of the writer’s success would be his novel Ponniyan Selvan (1954).

Writing about one of the longest-ruling dynasties in world history, the Chola dynasty, this 2,400-word piece really solidified Krishnamurthy as a formidable literary figure.

The historical novel has been adapted into a movie starring Aishwarya Rai and will release in 2022.

Despite the writer passing away in 1954, the journalist’s work remains prominent.

In fact, his biography was “published as two volumes, the English translation is titled Kalki Krishnamurthy: His Life and Times, and it happened purely by chance.”

This shows just how legendary Krisnamurthy’s work was.

Not to mention his dedication to the craft which came in the form of 120 short stories, three unforgettable romances, five novels and 10 novellas. 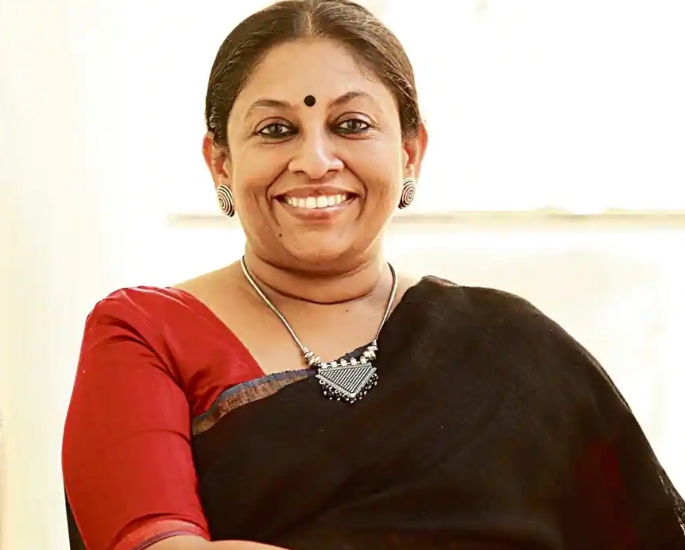 Another South Indian novelist who has also worked in journalism is K. R. Meera.

Writing in Malayalam, the essayist is no stranger to success.

She often explores individuality and focuses on strong female characters who go against traditional power dynamics.

Whilst awards can show the prestige of an author, looking at their beginnings can be just as enlightening for readers.

In an interview, Meera recalled her early origins in becoming a writer:

“I started very early in life, as early as seven or eight years, attempting to write stories and poems, always dreaming of becoming a great writer.

“My mother’s admiration towards her writer-friend M D Ratnamma, a renowned novelist in Malayalam was of course a catalyst and I grew up with an impression that a writer is someone very special.”

The writer was also featured as part of the jury for the JCB Prize for Literature. 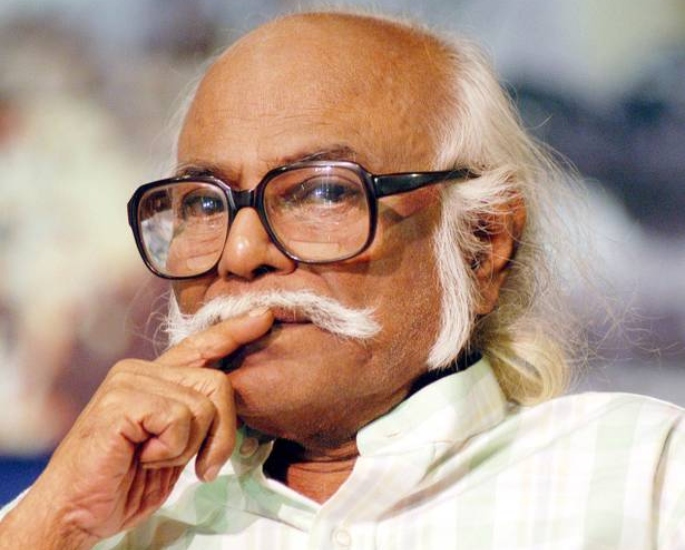 Author and activist Jayakanthan was an influential Tamil writer.

With an extensive bank of work (a cumulative estimation of novels and short stories reaching around 240), the author was well-recognised.

The writer was noted for drawing upon art, internal conflicts and the experiences of the economic hardship.

His magnificent pieces such as Sila Nerangalil Sila Manithargal (1970) and Love and Loss (2007) are evocative of this.

However, these themes also translated into his cinematography, like in his 1965 film Unnai Pol Oruvan.

The writer is not one who is exempt from being around the world observed either.

His co-produced film efforts were globally-renowned, showing in places like Russia and India.

The writer is a perfect example of activism’s ability to become transcended into literary works. 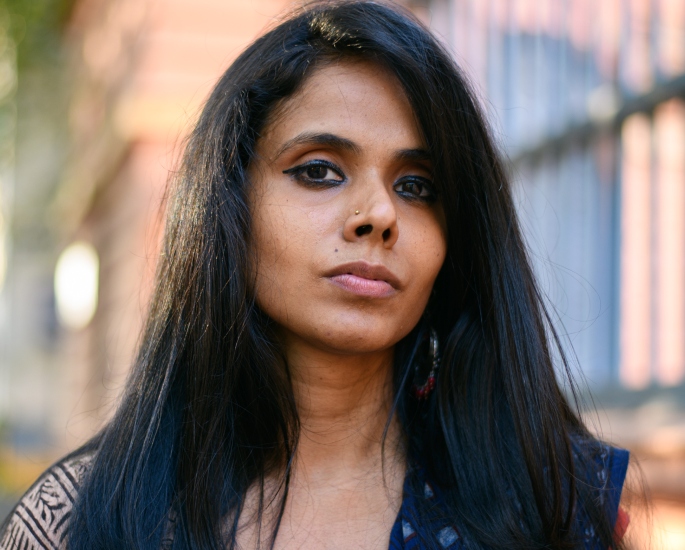 Meena Kandasamy is an author hailing from Chennai and shaping the world of literature with her political novels.

The writer, who also is a poet and translator is a well-celebrated South Indian writer with powerful messages.

Her achievements include being shortlisted for the Women’s Prize for Fiction for her novel When I Hit You (2017).

Readers are always captivated by the way she describes settings and experiences with such realism.

The Gypsy Goddess (2014) and The Orders Were to Rape You (2021) highlight this in an extraordinary way.

As well as this, she was shortlisted for the International Dylan Thomas Prize.

Kandasamy has spoken about the objectives of her writing, and expressed that she aims to:

“Deconstruct trauma and violence, while spotlighting the militant resistance against caste, gender, and ethnic oppressions.”

Her work has been recognised globally, and she has been depicted as a feminist literary icon.

She has stated that her own upbringing and experiences have often heavily impacted the material she publishes. 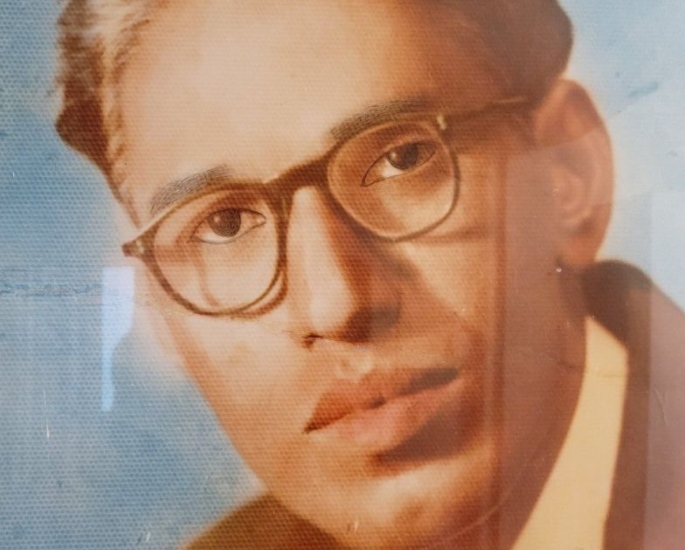 The scholar Varadarajan hailed from Tamil Nadu and wrote for a variety of sources.

The South Indian author produced everything from books to plays, short stories to essays – showing his versatility.

He was a superbly skilled craftsman and even dedicated books to the history of Tamil literature and Tamil linguistics.

In 1957, his novel The Treatment of Nature in Sangam Literature was originally published.

It contains historic Tamil writings from ancient South India and comprises scholars and poets between 400 BC and 200 AD.

In terms of notable pieces, the author’s book Agal Vilakku (1958) won the Sahitya Akademi Award for Tamil in 1961. This is the same award Krishnamurthy was awarded five years prior.

Although he started his career as an accountant, he went on to become a prominent figure for all Tamil generations. 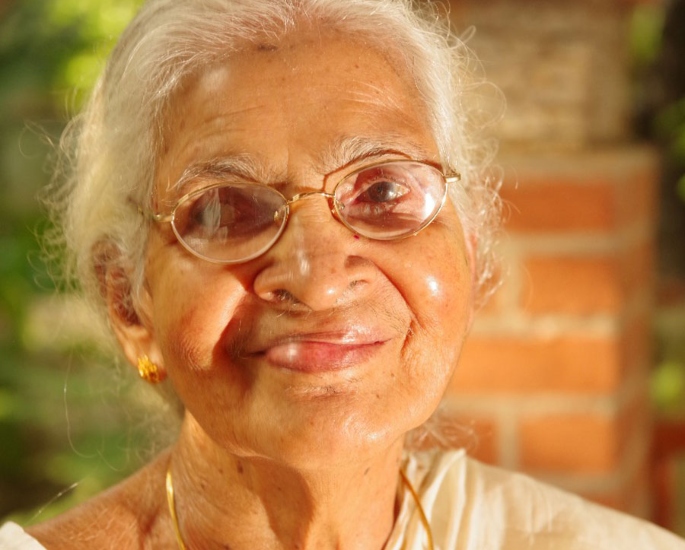 Devaki Nilayamgode is a South Indian author, with her memoir Antharjanam (2011) being her most decorated book.

The writer, who is a grandmother, listened to the requests of those around her to record her experiences growing up.

“This book is the first full-length autobiography or memoirs through which the life of a Namboodiri lady from birth of a bye-gone era is shown to the world.”

The book is described as telling a story that has never been shared on such a widespread scale.

However, as with any piece of literature, the risks of losing meaning via translation can loom.

“Indira Menon and Radhika P. Menon have done an excellent job in ensuring that this little known cultural nugget of Kerala is now available to a wider audience.

“They have taken great care not to meddle with the narrative style or tone of the original work.”

This has allowed the work to transcend the circumference of India, and become a journey accessible to many readers worldwide. 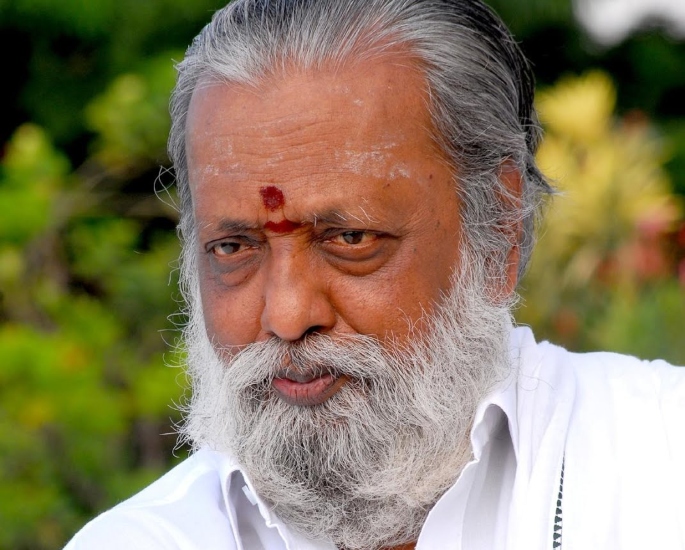 Balakumaran was a celebrated member of Tamil society.

He dedicated his life to a multitude of projects from films to novels. It is undeniable that the South Indian was an influential writer of his time.

Having written hundreds of shorter and longer literary pieces, the author developed stories in magazine issues.

His dedication to writing allowed him to achieve prizes, from short story awards to the Kalaimamani (prestigious Tamil civilian award).

Following his death, news outlets reported on his writing style, with The Hindu commenting on the writer’s depiction of women:

“He created strong women characters, probably cast in the mould of his mother, whom he adored.

“Balakumaran was known for portraying liberated women in his works. He had a strained relationship with his father.”

He also explored themes of identity and desires whilst examining the place of women within culture and society. 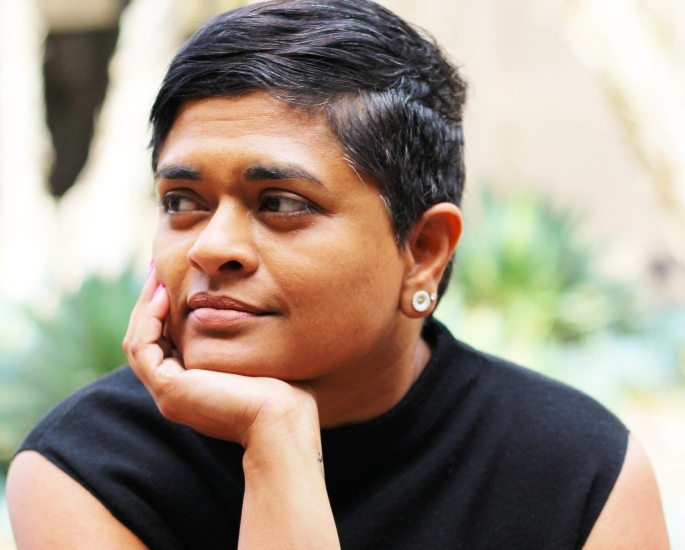 Malladi is a South Indian author who has degrees in both India and the US and has an international audience.

She has written eight novels and spends her time travelling. She resides in California and concocts stories of powerful women.

Her iconic first book A Breath of Fresh Air (2002) revisited her first-hand experiences of the Bhopal’s Union Carbide gas leak that killed many people.

Additionally, her 2019 novel The Nearest Exit May Be Behind was well-perceived, expressing the story of:

“What it really means for professional (but still human!) women to tackle the corporate world, scale the leadership ladder, and lean into the lives they’ve always wanted, and truly deserve.”

Malladi is a daring author and draws upon her strong connections with her roots.

For example, books such as The Mango Season (2003) and Serving Crazy with Curry (2004) portray the intimacy and conflict between culture and society.

So, this is definitely one author to add to your list. 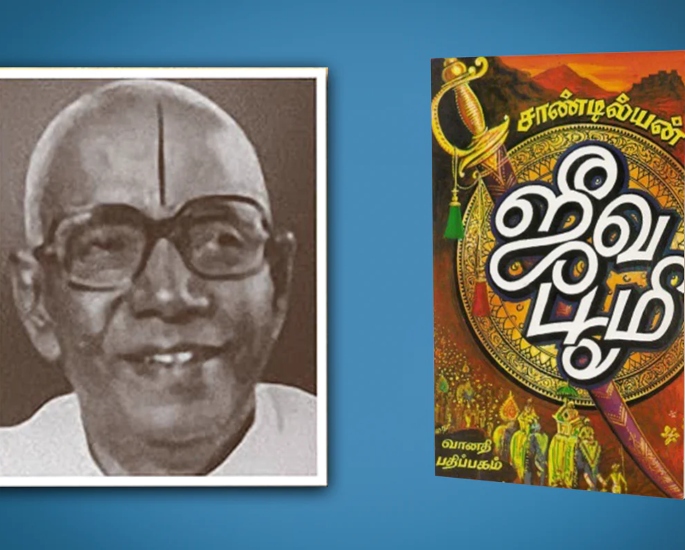 Sandilyan was a novelist who worked at publications such as the Hindustan Times before embarking on the journey of creating novels.

Much like other writers mentioned on this list, Sandilyan was very well immersed in a variety of creative mediums.

From novels to essays and films to editorials, Sandilyan practised a variety of stylistic writing forms in his time.

South Indian authors on this list navigate throughout a multitude of styles and genres – solidifying the region with diverse literary pieces.

Sandilyan is no different. One of his pieces of work, Kadal Pura (1967), amplifies the author’s role in the historical literary genre.

It is anointed as a book that constructs a story around the Tamil Chola dynasty.

This alongside other works such as Yavana Rani and Mannan Magal shows how Sandliyan captures the historical and adventure intersection in his writing. 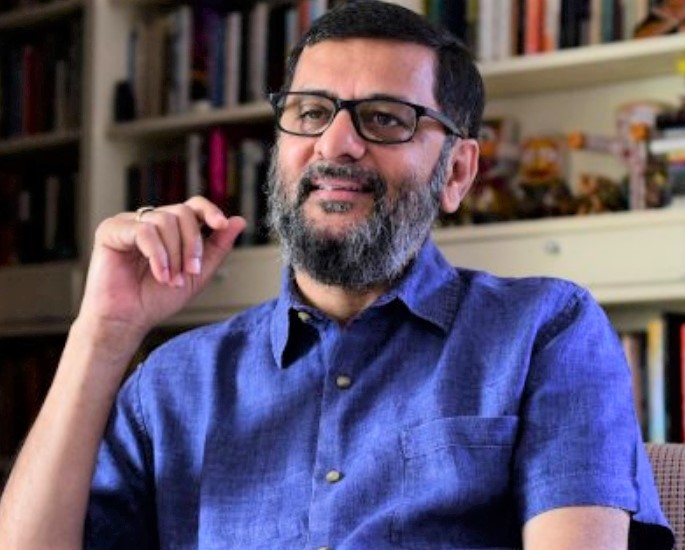 Vivek Shanbag is an author from Sirsi, who has seen his work translated into an assortment of languages.

His novels, which were originally published in Kannada, have been translated to broaden the scope of his readers.

The author, like many, mediates between multiple genres. For example, he has written works from a psychological perspective in Ghachar Ghochar (2013).

The book received an incredible amount of praise with The New York Times labelling it as “a masterclass in crafting”.

Vivek has eight other fictional works as well as two plays that have mesmerised his loyal fans.

Although he is an established writer, he is still a fresh face in mainstream literature. However, his notoriety can only increase with the recognition of his work.

Finding literature and authors from different heritages and backgrounds can be difficult on the surface.

Whilst readers from all over the world are exposed to a plethora of writers, these South Indian authors have their own unique skills.

From exploring culture, society, women, dynasties and history, there is a novel for everyone.

Whilst these themes are evident across the globe, the way these South Indian authors use richness in their writing is captivating.

Therefore, we suggest adding these artists to your reading lists to satisfy your creative needs.