Many Indian graphic novelists are rising in popularity due to their artistry. DESIblitz explores the most popular and their work.

This explores the birth and journey of life

India is a country rich in literature, yet many people overlook its brilliant graphic novelists.

Many are well aware of the popularity of graphic novels in the west. Although, the love for this medium and literary culture has now spread to South Asia, particularly in India.

They are unique in the way they combine words and images, using symbolism to generate a story.

However, it is atypical to instantly visualise Indian graphic novelists when thinking about this genre.

This is not to say that Indian graphic authors do not exist. They most certainly do and are becoming increasingly popular.

There is a myriad of excellent graphic storytellers emerging. Their power to present serious or everyday struggles in a visually eye-catching way is captivating.

DESIblitz explores eight Indian graphic novelists and their works which are worth a read. 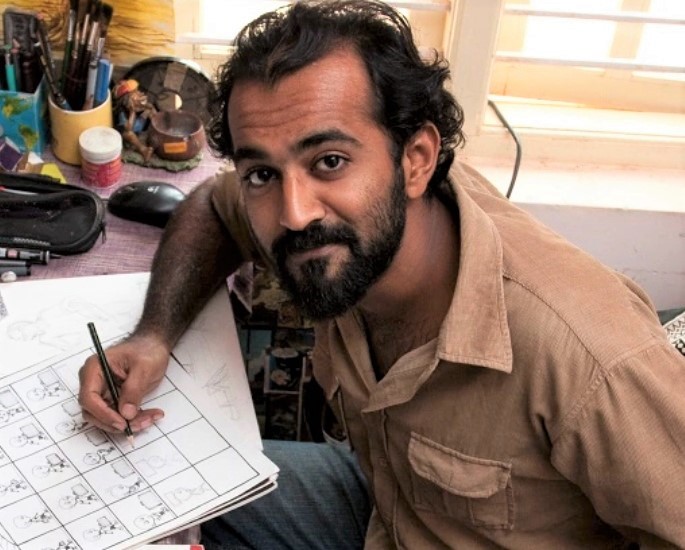 Appupen is a comic book writer, visual artist and graphic novelist. He tells stories from a mythical dimension called Halahala.

His work largely focuses on a dark vision of the world with vivid artwork and satirical influences. Other notable themes include corporate greed and religion.

In 2009, Blaft published Appupen’s first graphic novel, Moonward. This explores the birth and journey of life in the fantasy world Halahala.

Written across 272 pages, Moonward draws dark comparisons with our world.

As a result, the novel received great praise and was selected for the Angouleme Festival in 2011.

Published by HarperCollins in 2013, this graphic novel has no words. Therefore, the graphic novelist relied heavily on art and illustrations to convey the narrative.

Set in dark Halahala, the book consists of five silent love stories with a prevailing theme of obsession.

His 2018 graphic novel, The Snake and the Lotus, features dying diminutive humans and AI machines. These threaten life in Halahala.

Appupen specialises in mythical, dystopian and political themes. Above all, these generate debate and conversation about some taboo topics. 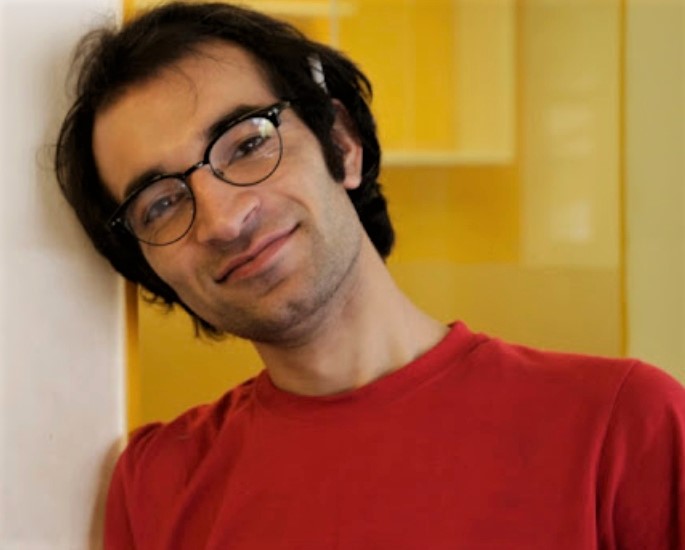 Malik Sajad started working as a cartoonist when he was 14-years-old. Sajad studied at Goldsmiths University of London.

Following this, he released his first graphic novel, Munnu – A Boy From Kashmir in 2015 in the UK.

However, it was published in India six months later.

Sajad was born in Kashmir himself. Therefore, the conflict occurring in that region heavily influenced him.

Munnu revels in drawing, yet his childhood is being tarnished by the conflict. The graphic novelist uses vivid illustrations to depict Munnu’s world where militarisation is normal.

Sajad produces an amazing portrayal of the suffering of Kashmiris.

They battle political conflicts each day. Readers will follow the narrative as young men cross over to Pakistan-occupied Kashmir to be trained.

Also, schools are almost non-existent and family members are taken to identification parades.

In addition, the use of symbolism is vital to the story.

According to the novelist, the conflict in Kashmir has “shaken people like an earthquake”.

Sajad recalls the devastation of Kashmir:

“(It) changed the face, structure and traditional landscape of Kashmir forever”.

Overall, this novel emphasises that life is precious in Kashmir too. Likewise, its universal elements of human experience are captivating.

Sajad has since received critical acclaim and has won the ‘Verve Story Teller of The Year’ Award. 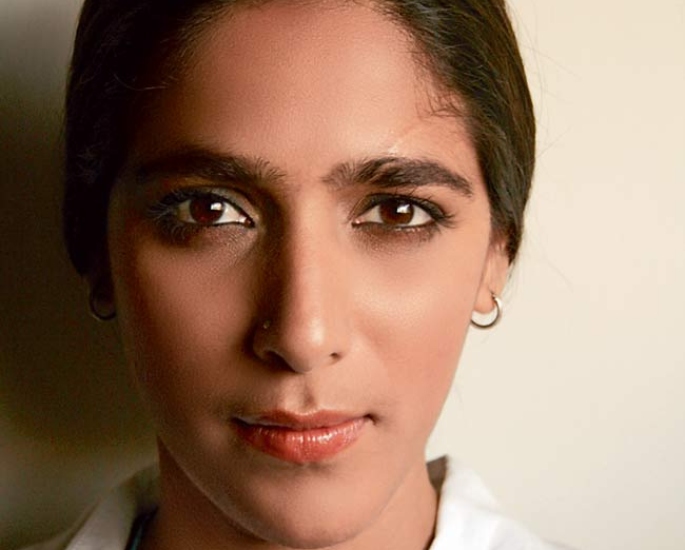 Amruta Patil has captivated readers through her various graphic novels, an artist with a blend of visual styles.

Patil studied at the Goa College of Art in 1999.

Following this, she graduated with a Master of Fine Arts (MFA) at the School of the Museum of Fine Art in Boston/Tufts University in 2004.

The recurring themes in this graphic novelist’s work are a great insight into society. These include themes of sexuality, myths and sustainable living, for instance.

The narrative tells of their struggles in establishing their own identity in a modern city. It is a world primarily inhabited by heterosexuals.

Patil does a phenomenal job in helping readers to understand the problems with heteronormativity.

In an interview with Paul Gravett, Amruta Patil says:

“I wanted to send out an unusual protagonist into the Indian literary scene.”

“A young, deeply introverted, asocial and queer woman – and yet, the book is not a coming-out tale.

“Kari’s queerness is incidental, rather than central to her journey”.

Patil’s work defies binaries and provides a fresh way of thinking about women. 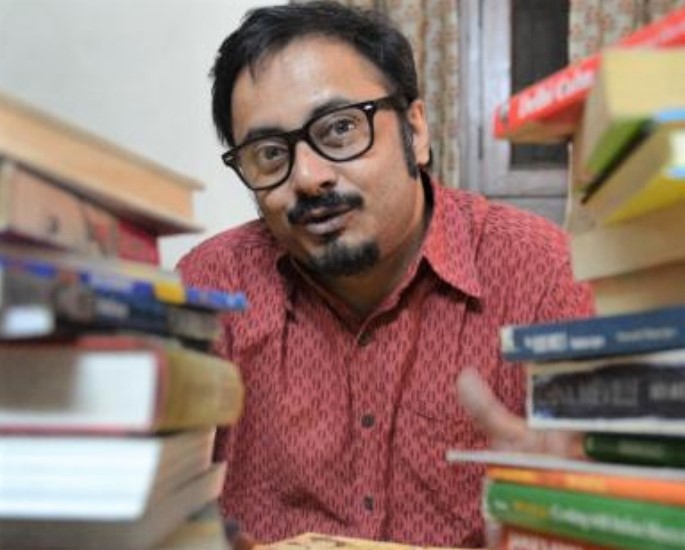 Vishwajyoti is a graphic novelist who studied graphic design and advertising at the College of Art in Delhi.

Finding inspiration as a student, his first novel Delhi Calm (2010) explores the Emergency, from 1975 to 1977, an event that is still frequently referenced by politicians.

The book shows what life can be like when your rights have been suspended. There is joblessness and people being arrested for criticising their leaders.

The political themes are interesting and relevant to the modern audience.

Although he does not aim to be political in his work, he naturally gravitates towards issues that India faces each day.

Ghosh says that there is a certain illusion of simplicity with this medium:

“You can leave the paper white, you can say things with just a stroke or two, and at the same time, you can work on layers.”

Overall Ghosh’s books are quite text-heavy and designed in a traditional comic book style. Speech balloons and panelling are evident throughout and capture readers instantly. 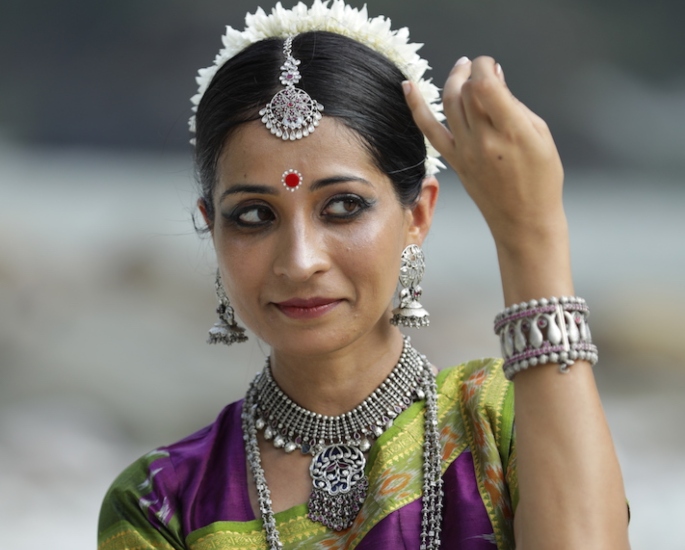 Another graphic novelist to follow is Saraswati Nagpal. She is an Indian author, choreographer, poet, educator and freelance writer.

Her first graphic novel titled Sita, Daughter of the Earth (2011) was the first Indian graphic novel to be nominated for the ‘Stan Lee Excelsior UK’ Award.

It is a graphic novel for young adults and the story follows the Ramayana, retold from the Sita’s perspective.

It is worth noting that this novel is a perfect way to introduce children to age-old legends from India.

Furthermore, this book is great for those who wish to engage in the traditional story of Ramayana in a unique way.

This generates an insight into her pain after she leaves all her comforts to live in a forest and gets abducted by a demon.

Nagpal uses legendary tales and brings contemporary relevance to them.

This is particularly evident in the beautiful illustrations which are lucid, engaging and intricate.

Moreover, this style is continued in her second graphic novel Draupadi, The Fire-born Princess (2012).

Nagpal continues with her retelling of stories. Here she retells the Mahabharata from Draupadi’s perspective.

If you are looking to experience a new dimension of famous stories then these two novels are a great place to begin. 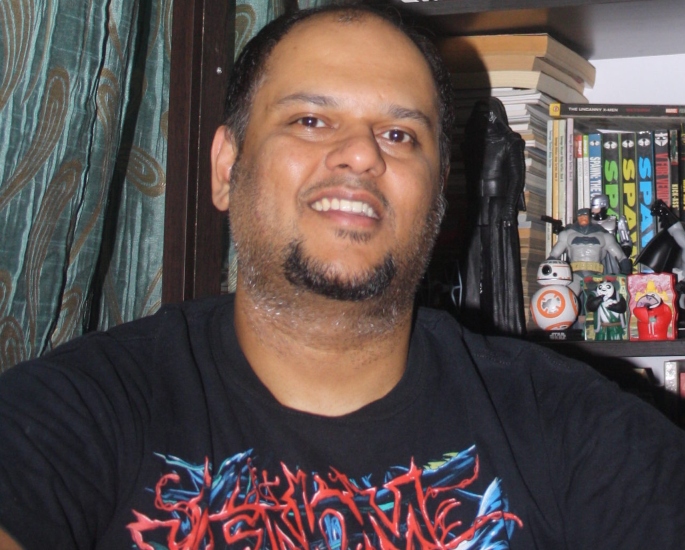 Another exciting graphic novelist to watch is Abhijeet Kini.

He is an illustrator-animator, running a creative service called Abhijeet Kini Studios. He creates projects ranging from animation, web and comics publishing.

Kini’s journey began in 1999 when he started illustrating for newspapers and magazines. These included Mid-Day, Timeout India, Timesgroup, and then progressed on to the Hindustan Times and Tinkle.

Kini’s portfolio includes work with brands such as Kingfisher, ComicCon India, Parle, Titan and many more.

His graphic novel Angry Maushi (2012) is illustrated in such a style.

Set in Maharashtra, India, Maushi is an aunt. She could be the friendly domestic aid or the smiling fisherwoman whom you come across every day.

In this novel, the friendly Maushi turns into a custodian of people’s rights and society’s welfare by fighting corruption and malpractices.

The popularity of this character was so great that Kini created two other Angry Maushi books to add to this series.

Second Blood (2013) and Heavy Metal (2014) both meet the standards of the original book. Interestingly, taking a look at the corruptions within Mumbai but through a comical lens.

When speaking about the collection, Kini declared:

“With a little satire and an indirect way of making fun of the situation, I try to communicate the reality to my readers.

“My comics ask them to look at things from Angry Maushi’s perspective.”

Kini’s work is great for those who enjoy action-packed stories filled with guns, fists and a wielding katana blade. 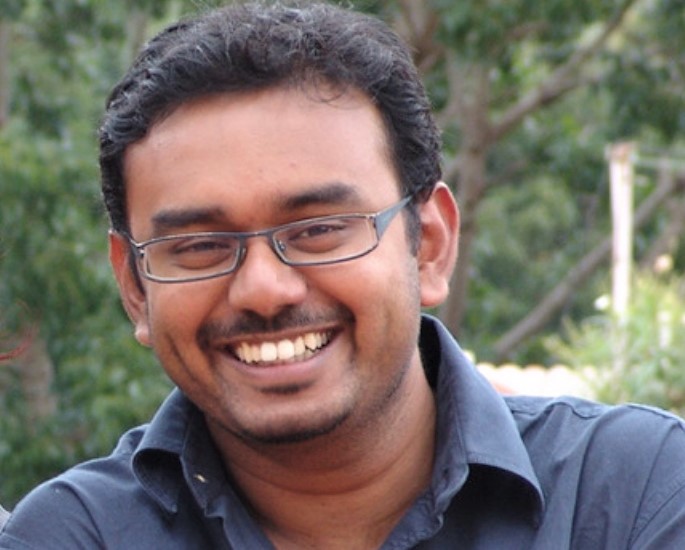 Pratheek Thomas is a graphic artist and co-founder of Studio Kokaachi, a small, independent storytelling house based out of Cochin and Bangalore.

He co-founded and established Manta-Ray, where he co-created the graphic novella Hush (2010), the comics anthology Mixtape (2013) and also contributed to The Small Picture (2014) in Mint.

Within the literary art form of graphic novels, Hush is extremely experimental and impressive.

Notably, the well-executed, silent book has no words. Instead, it features only drawings illustrated with ink and watercolour.

Hush communicates the story of a schoolgirl who is the victim of child sex abuse. She is unable to control her pain and anger which leads to her rampage in the classroom.

Understandably, Thomas feels that comic books and graphic novels in India have a long way to go. 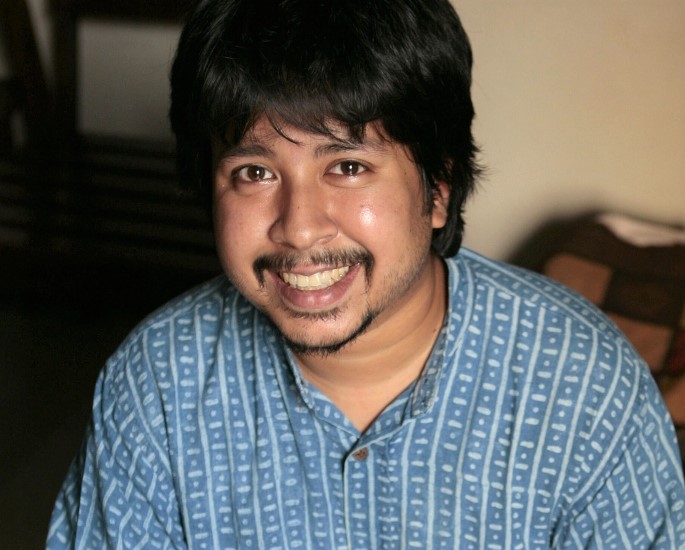 Another graphic novelist is Samit Basu whose artistic style is largely cartoon-like.

It is worth highlighting that his novel, Chosen Spirits (2020), was shortlisted for the JCB Prize for Literature.

His works include Shekhar Kapur’s Devi (2007) and The Tall Tales of Vishnu Sharma (2008), based on the Panchatantra.

In addition, he also co-wrote several comic books/graphic novels. These include Untouchable (2010) and UnHoli (2012), an episodic zombie comedy.

Mixing fantasy with realism provides an immersive setting for readers to enjoy. A review by Poonam on Goodreads said:

“I like the idea of us having homegrown comics set with Desi characters in Desi settings.”

This is something Basu does extremely well. His focus on South Asian characters and culture is riveting and fresh, especially for those reading his novels across the world.

While the graphic novel genre is still niche in India, it is becoming more popular.

Styles and mediums have a wide range making each novel unique and captivating.

With numerous art techniques and a range of themes that address topics like corruption and sexuality, these graphic novelists are setting a high standard.

As more people explore writers and novels outside of their culture, Indian novelists are beginning to gain traction.

These eight graphic novelists are just a starting point for readers to discover a new host of exciting storytellers.