Established writer, Aamina Ahmad, spoke with DESIblitz about her debut novel ‘The Return of Faraz Ali’ and the art of South Asian stories.

"A story about the inner, intimate lives of people"

Distinguished writer, Aamina Ahmad, is setting the world alight with the publication of her debut book, The Return of Faraz Ali (2022).

Set in 60s Pakistan, the novel is very captivating. The British Pakistani author examines generational trauma whilst portraying the layers of family, power and politics.

Aamina Ahmad grew up in London but is no stranger to the literary world.

She has worked for independent companies as well as BBC Drama as a script editor.

Her short fiction pieces such as The Discarded and Punjab have appeared in prestigious publications Ecotone and The Normal School.

Aamina is also a playwright and has had massive success within this field. Her 2016 play, The Dishonoured, was produced by Kali Theatre and toured the UK within the same year.

But, these are just glimpses into Aamina’s skill as a writer.

Although, her pieces aren’t just captivating for their vivid settings and engaging chapters.

Aamina manages to use a lot of South Asian culture, names and ideals within her work which provides it with a unique voice.

This means a diverse readership and allows more South Asians to almost discover themselves within the literature.

Similarly, The Return of Faraz Ali also doesn’t shy away from the deep-rooted history, ideas and traditions of South Asia.

For example, Aamina addresses the compelling background and nature of Lahore’s red-light district within the novel.

She also examines the struggle for identity and the role of women within Pakistan during this turbulent period.

Author of A Constellation of Vital Phenomena (2013), Anthony Marra, beautifully describes the book as:

“That a novel so epic in scope can remain so intimate at heart is nothing short of astonishing.”

Undoubtedly, readers cannot wait to dive in and experience the fast-paced yet profound qualities of The Return of Faraz Ali.

So, DESIblitz spoke with Aamina Ahmad about her debut novel, her creativity and the importance of South Asian storylines.

How did your love for writing begin? 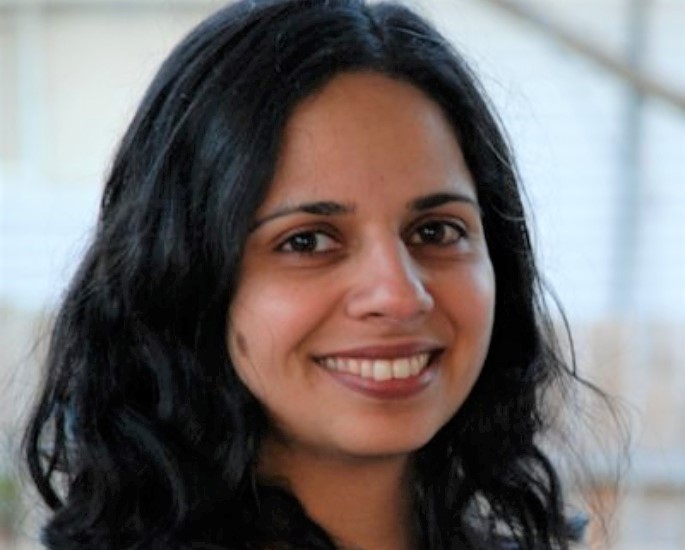 As a child, I was always daydreaming and making up stories, and like most people who write, I loved reading.

I lived in books and for books, and I started writing what I thought would be my first book when I was about eight or nine (about a bookworm!).

My parents really encouraged me. My mother was embarking on a career as a writer about that time and I think seeing her at work, I got the idea that I should try it too.

I discovered how hard it was and abandoned my bookworm story but I did get hooked on writing, and in one way or another I kept at it.

I wrote stories, scripts, and even some quite bad poetry.

Which writers have helped you shape your style?

I think the Urdu short story writer, Manto, was really important in shaping my interests and curiosities.

When I came across his work in translation, I was shocked to find that there was a writer working in Urdu who was telling stories about sex workers.

He spoke about their brokers, about down-and-outs, and people who lived at the margins of society.

“This was worlds away from the much more polite Pakistani society I was familiar with.”

I found myself curious about the stories of people outside the realms of the ‘respectable’ world of the drawing rooms I knew.

I was intrigued about their struggles which mostly seemed ignored.

What motivated the storyline of ‘The Return of Faraz Ali’? 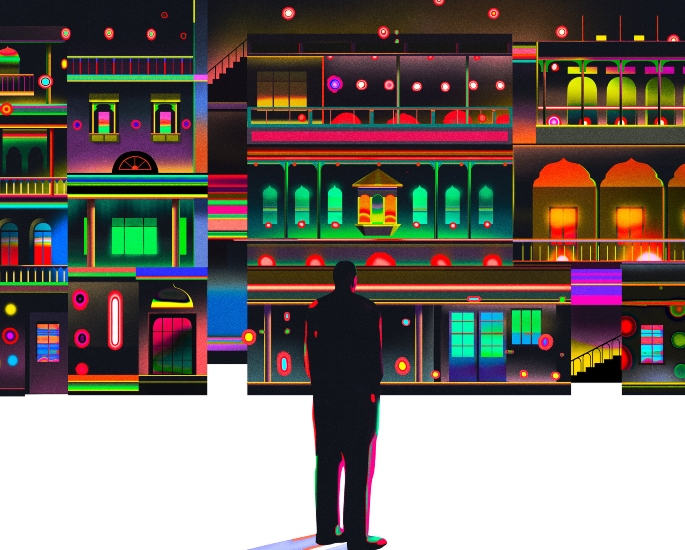 The story begins with a murder of a young girl that takes place in the old city of Lahore.

My main character, Faraz Ali, is tasked with covering it up.

The crime story traditionally has afforded writers a way to look at and reflect on wider society.

This is because the detective has this easy access to lots of people at all ends of the social spectrum.

For example, an investigator like Faraz Ali can move from the mansions of the rich to the neglected neighbourhoods of the poor.

So, I thought this kind of story would allow me to look at how a crime like this could take place.

But also I could explore the systems that allow powerful people to act dreadfully with impunity.

How did you conduct your research for the book?

It wasn’t always easy to do on the ground research because of logistics and distance.

But I did visit the walled city and I read books and ethnographic studies on the communities who live there. Also, the book is set in the 60s and 70s.

“So, I also conducted oral histories with family and friends who knew the city at that time.”

This was fun as I uncovered lots of interesting family stories! My husband was tasked with taking pictures and videos when he was in Lahore on visits.

So I also have hundreds of photos of everything under the sun from architectural details in the walled city to police stations’ filing cabinets.

Why was it important to draw upon sex work in Pakistan? 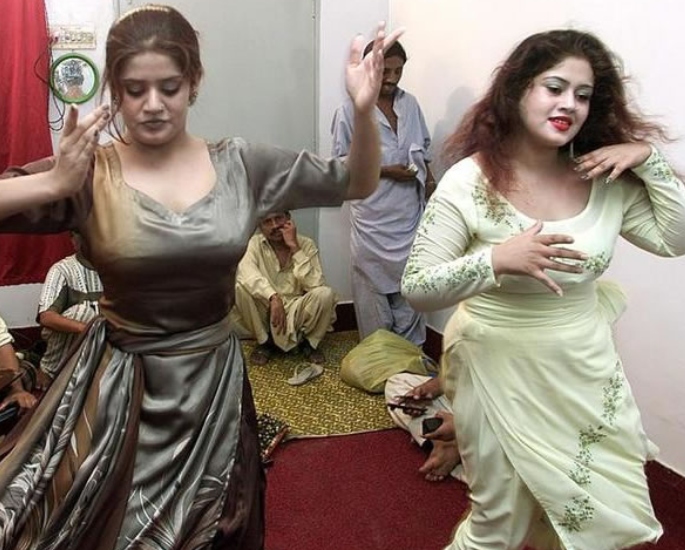 As it is elsewhere, sex work is taboo in Pakistan and the communities who work in that industry are highly stigmatised.

People work without protection and there is little accountability for any harm done to them.

In certain situations, as is depicted in the book, very young girls who are not really even old enough to consent can end up doing this work too.

This raises all kinds of issues about the safety and rights of children.

Part of the reason this community is marginalised is that, despite Islam’s emphasis on equality, Pakistan remains a caste-ridden society.

Sex work was traditionally the preserve of particular caste communities. Their role in society also encompassed various kinds of artistic performances such as dance.

An overlap between sex work and the entertainment industries developed. Acting became a viable career for individuals aspiring for a ‘way out’.

But even if they enjoyed professional success, a degree of stigma would be difficult to shake off.  This is the case with my character, Rozina.

As she finds, even after being a movie star, in the world of ‘respectable’ society, she can’t quite escape the prejudices that come with the work and with her caste inheritance.

Which other themes resonated with you the most in the book?

Faraz Ali who is one of the main characters has been taken from his family as a young child and taught to be ashamed of his origins.

He really spends the book searching for both his family and also for a sense of home.

His sister, Rozina, once a courtesan and a movie star, is busy trying to survive. But she too is trying to create and sustain a home for her family.

“In the book and perhaps even for me personally, as a member of the diaspora, finding home resonated with me.”

As someone who has migrated recently too, that struggle to figure out where you belong, where your home is, is something I understand. 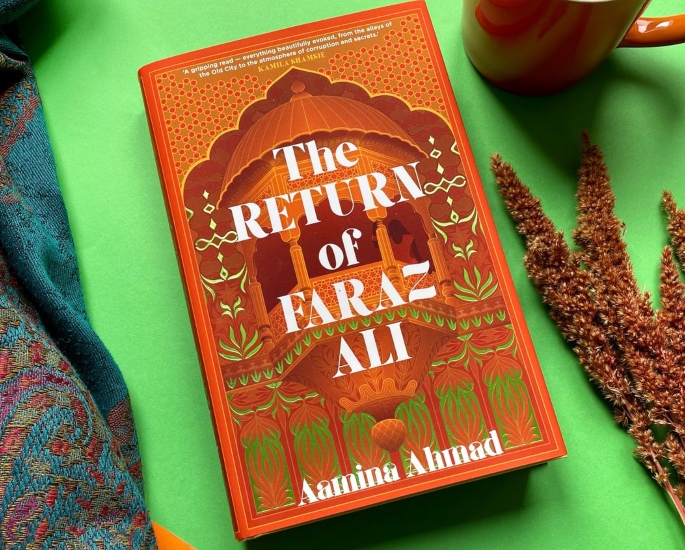 I’d been working on the book for so long on my own. It was a revelation to have other people enter into the creative process with me and support me through it.

It was such a relief to have the input of my editors and their suggestions transformed the book in so many ways.

I also loved seeing other aspects fall into place, things I hadn’t given much thought to while writing like the cover design.

The process has also shown me how hard it is to shepherd a book into the world; the incredible expertise and hard work it takes to produce a book and help it find readers.

I’m so grateful to the teams of people involved in making this book a real object and for the passion and care with which they work.

What has been the reaction to the novel so far?

It’s still a little early in the process, so I am not sure what reader reactions are yet.

It’s a book that covers a lot of ground, the War of Independence in Bangladesh, the second world war, and the upheaval of 60s Pakistan.

But it’s also very much a story about the inner, intimate lives of people who are trying to work out where they belong in the world, who are seeking love and a sense of home.

“So, I hope it will find the hearts and minds of the readers it is meant to find.”

Also, I hope readers will find there are stories and themes that resonate with them.

That they’ll connect with Faraz’s struggles to understand who he is and his struggle to let go of his fear and shame.

I hope that they see something familiar in Rozina’s sense of care and duty to her mother and her daughter whom she works to support.

But above all, I hope it will give them a chance to reflect on the larger issues faced by these characters.

These characters have personal challenges to overcome.

They are also enmeshed in bigger struggles that relate to their position and identity in the world, their caste, their class, and their gender.

Given their circumstances, they try, as we all do in the face of things we can’t control, to do the best that they can.

Have you seen any improvements in South Asian storylines within literature? 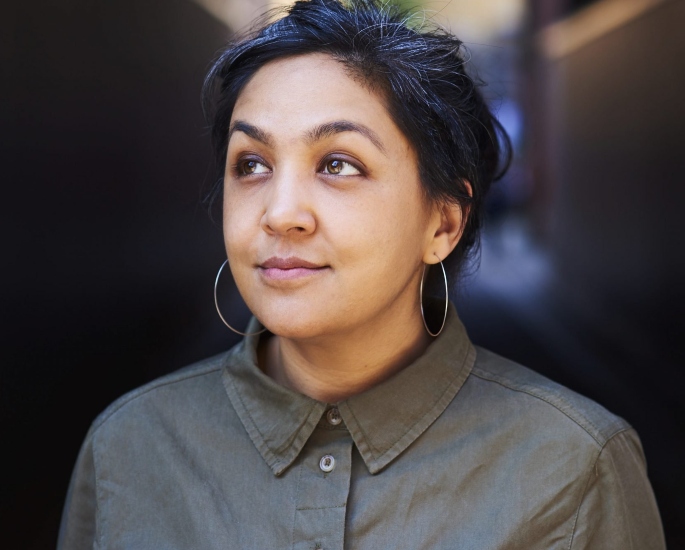 There are just so many brilliant south Asian writers working today and more and more new writers coming up.

They are transforming the literary landscape so I am very hopeful we will see lots more South Asian stories.

In novels, there’s the work of established voices such as Kamila Shamsie, Mohsin Hamid, and Amitav Ghosh.

And in short stories – Huma Qureshi, Usman T. Malik, Jenny Bhatt, Farah Ali. Not to mention all the work in translation.

I hope there will be more and more of these stories available to everyone; given what a diverse, multilingual community we are, we have so much to contribute.

What difficulties have you faced as a female South Asian writer?

When you feel there isn’t much mainstream space for stories by or about South Asians, it’s really hard to maintain your energy and enthusiasm for your work.

I wondered often if it was possible to get my stories published at all.

Other issues also come into play – do you need to make your work, your culture, and your language accessible to the mainstream?

Should you act as a translator or intermediary? And if you do, are you pandering to the white or the exotified gaze of the mainstream reader?

I don’t think that I have very clear answers to any of those questions even now.

“But I think during the difficult times, I reminded myself to stay true to myself.”

I kept thinking that the best thing I could do for my work, for my story was to be true to my characters. Follow them wherever they went, no matter how difficult it might be.

The Return of Faraz Ali is a novel destined for critical acclaim.

Aamina Ahmad’s vision is clear to see as she highlights the importance of the book and the references to certain themes and topics.

Not only will the plot fit into your fictitious needs as a reader but also provide a spellbinding look into 60s Pakistan.

Aamina received the Peden Prize in 2016 and a Rona Jaffe Writer’s Award in 2017 for her contribution as a writer.

So, there’s no doubt that The Return of Faraz Ali will only add to this growing catalogue of success.