Saurabh Kakkar is a talented comedy producer and storyteller. In an exclusive Gupshup with DESIblitz, Saurabh tells us about his unique journey to comedy.

"I realised I wasn’t very good at being funny, but I knew lots of funny people”

Head of Comedy Development at Big Talk Productions, TV producer Saurabh Kakkar has enjoyed an interesting yet unusual route into the media and entertainment industry.

Saurabh first started out his career in an ‘Indian-approved’ profession as an engineer, where he made good money designing chemical plants.

In an exclusive Gupshup with DESIblitz, Saurabh tells us that it was while he was at Cambridge University studying chemical engineering that he found that he wasn’t actually very funny:

“I dabbled a lot at university, and I realised I wasn’t very good at actually doing it, or being funny, but I knew lots of funny people,” admits Saurabh.

But despite his personal inhibitions, British comedy is Saurabh’s forte, and for a man who has headed comedy across the BBC and ITV, Saurabh really does understand what makes comedy good comedy.

It was here where he helped to develop young comedic talents like Matt Lucas, David Walliams, Bill Bailey, the League of Gentlemen and Armstrong and Miller.

He was even involved in the Edinburgh Festival Fringe. 6 years later, he joined ITV Studios as a drama producer and worked his way up to Creative Director of Comedy.

During his 13 years at ITV, Saurabh produced a number of comedy shows and comedy dramas, including White Van Man for BBC3, FM for ITV2, Dirk Gently for BBC4, The Fattest Man in Britain and Security Men for ITV1.

On these shows he had the opportunity to work alongside the likes of Chris O’Dowd, Stephen Mangan and Darren Boyd.

His extensive experience in TV production eventually took him to the BBC, where he was Head of Development and an Executive Producer at BBC Comedy Productions.

It was here that he worked with Harry Hill, Simon Day and Paul Whitehouse on shows like Professor Branestawm, The Life of Rock with Brian Pern, and Puppy Love. 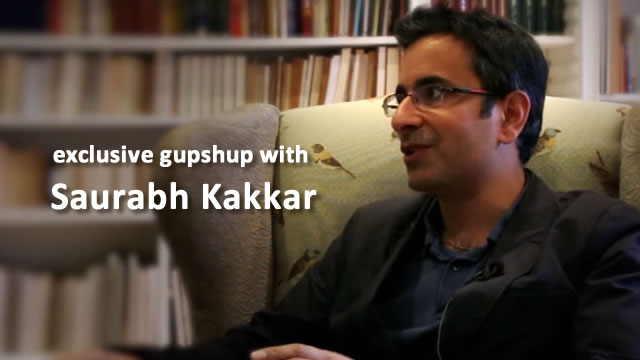 For Saurabh, the key to good comedy is all in the storytelling. Comedy is driven by an engaging storyline and well-written characters.

Having worked on so many fantastic projects over the years, Saurabh admits that he cannot choose a favourite comedian that he has worked with:

“I’ve only worked with people who make me laugh, and all of them I love equally.

“Comedy is such a weird, subjective thing. I always loved comedy and laughing, and it’s very hard to pick out somebody who makes you laugh slightly harder than someone else.”

Saurabh admits that the process of producing comedy for TV has transformed dramatically over the years:

“The really brilliant thing about living now if you’re interested in making any kind of media, comedy music, whatever is that you can do it at home in your garage.

“20 years ago, you would had to have a crew of 20 people, and a load of expensive equipment to make something broadcastable. 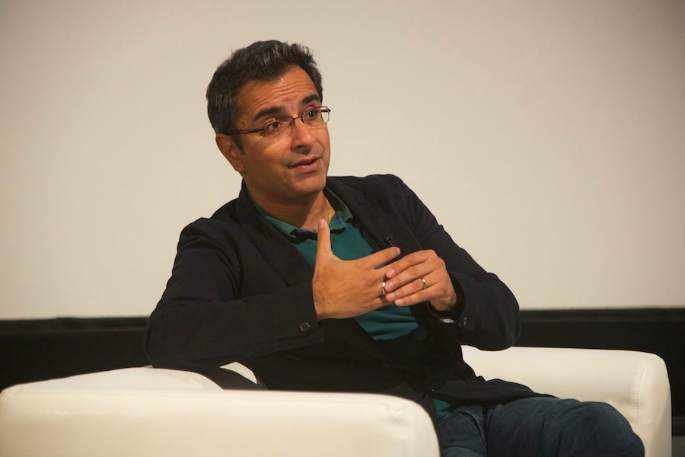 “You can make broadcast quality content for about 500 quid and the ability to try things out, stick it up in from of the audience, see how it goes, see how it works, learn on the job, is incredibly… it’s brilliant.”

With the opportunity for unlimited creativity at an individual’s finger tips, his advice to young budding comedians in search of their big break is to simply go for it:

“Just do it, just go and do it. Find some people who you think are funny, film them, write some stuff, put it up online, get some response.

“I’m much more likely to respond to a clip of something that someone’s made than somebody saying, ‘Yeah, I’m really funny, give me a break’, because in this day and age, there is no excuse for just not doing it,” Saurabh says.

Many acknowledge the lack of opportunities for ethnics in creative fields, and it is true that British Asians hold only a small slice of the media pie. With the majority of Asians working

But Saurabh’s own career path that took him from a secure Desi-approved profession into the unknown proves that passion and determination is the key to success. It doesn’t matter what career path you opt for.