There have been rumours circulating over Neha Kakkar and her relationship status. The singer has emotionally responded to the speculation.

"Don't do so much that they get depression."

Neha Kakkar has emotionally reacted to rumours of a relationship on her Instagram story.

The singer is one of the most popular figures in the Hindi film industry and is also a judge on reality show Indian Idol.

For several days, there have been rumours of Neha dating Vibhor Parashar, one of the show’s finalists. The rumours have left Neha extremely upset.

On her Instagram, she explained that spreading false stories can negatively affect a person’s life.

Her response hinted that she may be suffering from depression and may even be thinking about ending her life.

Neha has been accompanying Vibhor for several city tours. This fueled speculation that the two are dating each other. The singer responded and wrote:

“While I’m writing this I’m not in a good condition. Neither physically, nor mentally. But I had to speak up!”

Her post explained people should realise that such rumours also has an effect on a person’s family.

Neha went on to say that celebrities are also human and that they should “stop being so heartless.” 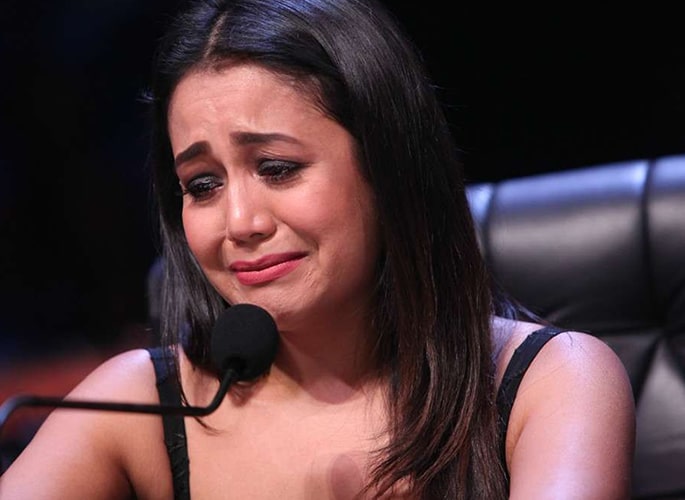 She wrote: “Stop judging. Stop embarrassing people. Don’t do so much that they get depression.”

Neha explained that making up rumours can make a person feel so bad that it can lead to them having suicidal thoughts.

“Stop making anybody feel so bad that they start thinking of ending their life.”

Neha went on to reassure her fans by saying that she is just going through a bad phase in her life and it will eventually pass.

She also urged people to stop believing in the news which can make a person’s life “miserable.” Neha added:

“If you really care and wanna do something about then try changing the world.”

Vibhor dismissed the rumours of him and Neha Kakkar dating. He said:

“People have s**t mentality. If someone is helping you build your career, it is because they see some talent in you.

“Just because I don’t tag her as didi (sister) on Instagram, everyone starts thinking that she is my girlfriend.”

He added that Neha is someone who inspires him.

Neha was previously in a relationship with actor Himansh Kohli and had made their relationship official on TV.

However, they split up after a month, with Neha opening up about their breakup.

Mid-Day reported that the combination of the breakup and the negative comments she received from online trolls caused her to become depressed.

On the work front, Neha has recreated the popular song ‘O Saki Saki‘ for Batla House (2019).

Dhiren is a journalism graduate with a passion for gaming, watching films and sports. He also enjoys cooking from time to time. His motto is to “Live life one day at a time.”
7 Best Bollywood Dance Songs of Govinda
7 Top DJ Aqeel Songs: The ‘Don of Remixes’