Batla House is an upcoming film and the makers revealed that ‘O Saki Saki’ is one of the songs and Nora Fatehi steals the show in the sizzling dance number.

"Presenting the hottest dance anthem of the season"

The music video for ‘O Saki Saki’ was unveiled and Canadian dancer Nora Fatehi sizzles with her performance.

It is one of the songs in John Abraham’s upcoming crime-thriller Batla House and the filmmakers released the song on July 14, 2019.

‘O Saki Saki’ is a popular song that was featured in Sanjay Dutt’s 2004 film Musafir.

This is a remixed version which mixes a classic song with dance beats to transform it into a catchy party number.

This revamped version features the stunning Nora who is seen wearing a vibrant red outfit and is flaunting her belly dancing skills.

Nora is known for her dance displays in films like Satyamev Jayate and Stree.

The original song featured Sanjay and Koena Mitra dancing to the hit.

It had a perfect combination of vocals by Sukhwinder Singh and Sunidhi Chauhan which made the song very popular among the audience.

The original song by Vishal Dadlani and Shekhar Ravjiani has been recreated by music composer Tanishk Bagchi and sung by Tulsi Kumar, Neha Kakkar and B Praak.

Only a few lines from the original have been retained, the lyrics and music have been reworked. 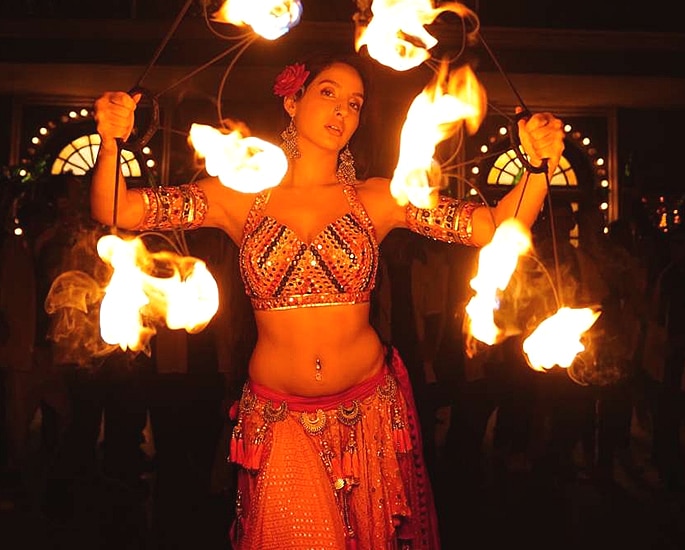 T-Series released the song on their official YouTube channel stating:

“Presenting the hottest dance anthem of the season as ‘O Saki Saki’ from the movie Batla House, with the sizzling performance by Nora Fatehi.

“The song is sung by Tulsi Kumar, Neha Kakkar, B Praak. The track is recreated and written by Tanishk Bagchi. The song is originally composed by Vishal Shekhar.”

As well as seeing Nora’s exquisite performance, the music video also contains some snippets of John Abraham’s action sequences in the film.

The song has over 20 million views, however, not everyone is a fan of the rebooted song.

Koena Mitra, who was in the original song, did not like the track. The actress expressed her disappointment, calling the song “a mess”.

She wrote: “My song from Musafir ‘Saaki Saaki’ has been recreated. Sunidhi, Sukhwinder, Vishal, Shekhar combination was outstanding.

“Didn’t like the new version, it’s a mess! This song had crashed many blockbusters! Why Batla House, why?”

“P.S. Nora is a stunner. Hope she saves our pride.”

The film is directed by Nikhil Advani and is based on Operation Batla House which took place on September 19, 2008. 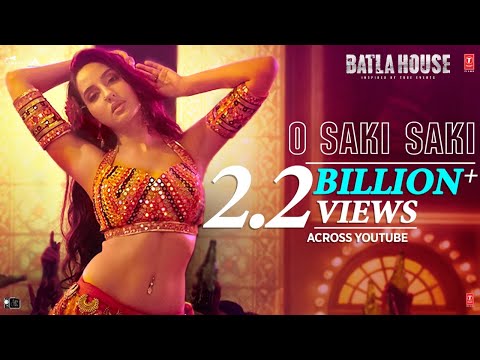 Dhiren is a journalism graduate with a passion for gaming, watching films and sports. He also enjoys cooking from time to time. His motto is to “Live life one day at a time.”
Salman Khan does the Bottle Cap Challenge with a Twist
Tez Ilyas show ‘The Tez O’Clock Show’ airing on Channel 4