The Filmfare Awards 2021 took place, however, Nora Fatehi looked stunning as she sizzled with her dance performance.

Nora Fatehi stunned on the stage with her performance at the 2021 Filmfare Awards.

The awards ceremony was held on March 27, 2021, and some of the big winners included Thappad and the late Irrfan Khan.

In addition to the awards were the dazzling performances, which included Sara Ali Khan.

She arrived at the ceremony in a striking gold gown with a thigh-high slit.

It was a floor-sweeping dress that was accessorised with a pair of emerald statement earrings and rings.

Nora left her hair open in a side parting and styled them in soft curls. 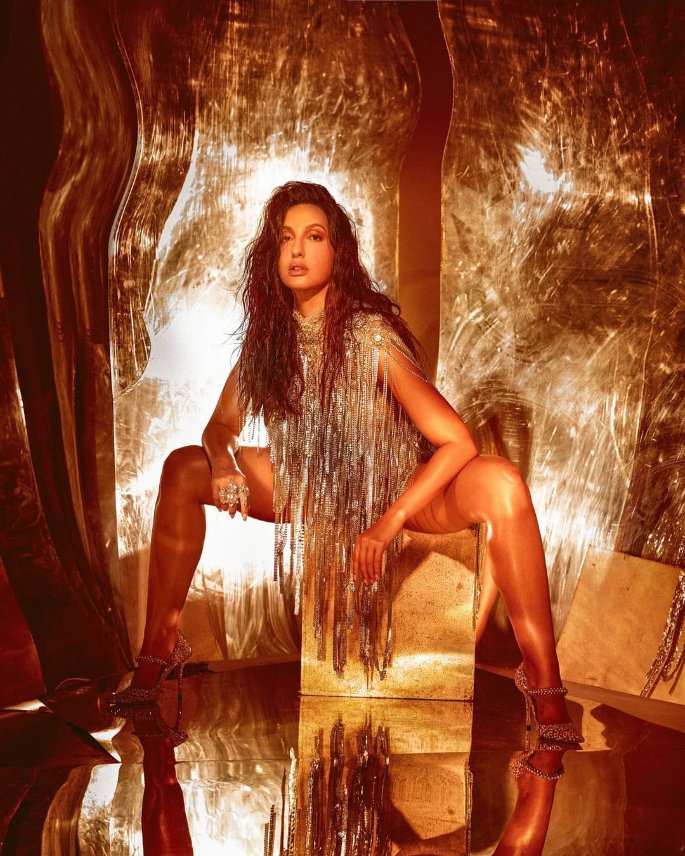 But when it came to her performance, she switched into something bolder in order to make a statement and she did.

Nora was styled by celebrity stylist Maneka Harisinghani and she wore a shimmering custom Giannina Azar dress, smashing the thermometer to maximum heat.

The fringed metallic gown showed off Nora’s long legs and accentuated her curvaceous figure as she performed in front of her fellow Bollywood celebrities.

She looked like a Greek goddess as her outfit was paired with glistening heels.

Her rings and earrings added even more sparkle to Nora’s performance, from Bennu Sehgall and Soni Sapphire, respectively. 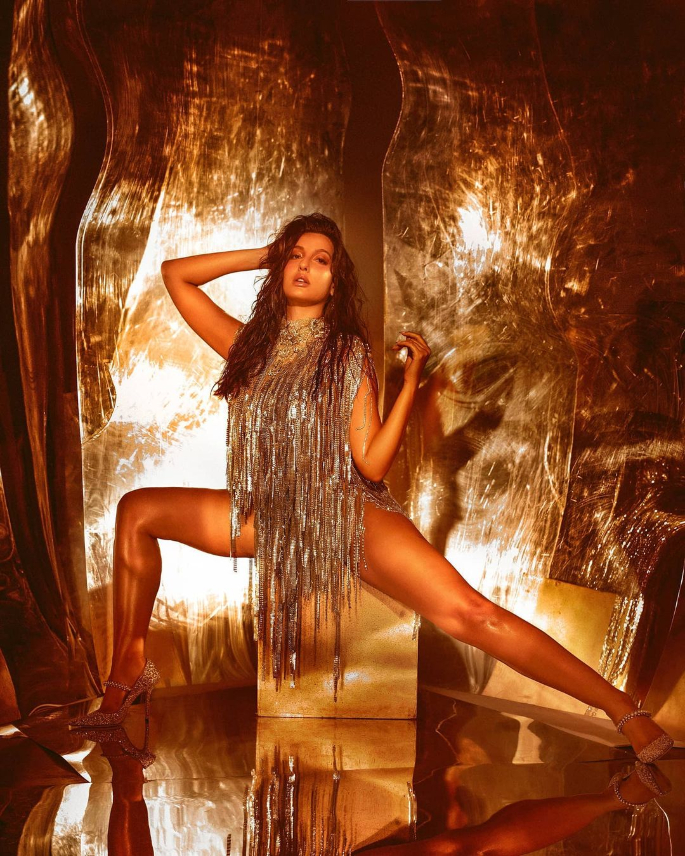 The dazzling outfit contrasted perfectly with Nora’s subtle hair and makeup, which was done by Marce Pedrozo.

Her hair was in messy waves while her makeup was kept to a minimum, making her dance performance all the more exquisite.

The minimalist makeup complimented her natural beauty as she delivered another memorable dance performance at the Filmfare Awards.

She infused old-fashioned glamour with her all-natural style statement.

Nora Fatehi made a statement as she danced to some of her greatest hits.

This included the likes of ‘Garmi’ from Street Dancer 3D and ‘Dilbar’ from the John Abraham film Satyameva Jayate, which has received over one billion views on YouTube.

Her gorgeous performance was a mixture of elaborate dance moves and gravity-defying splits. 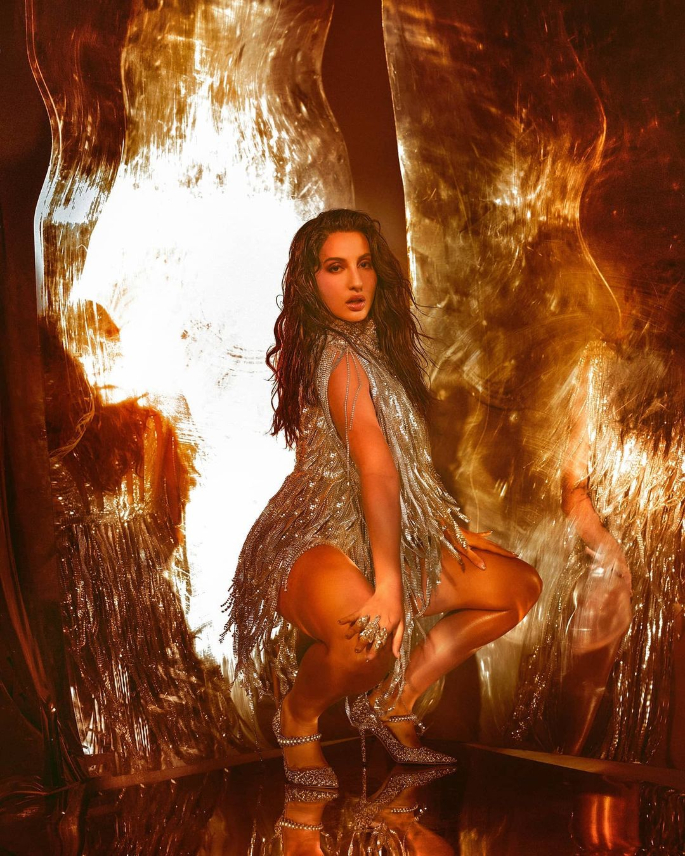 The Filmfare Awards have always been known for recognising talent across genres and Nora Fatehi brought a whole lot of glamour to the 66th edition.

Nora Fatehi is one of Bollywood’s most popular performers, however, she previously revealed that it was a struggle. 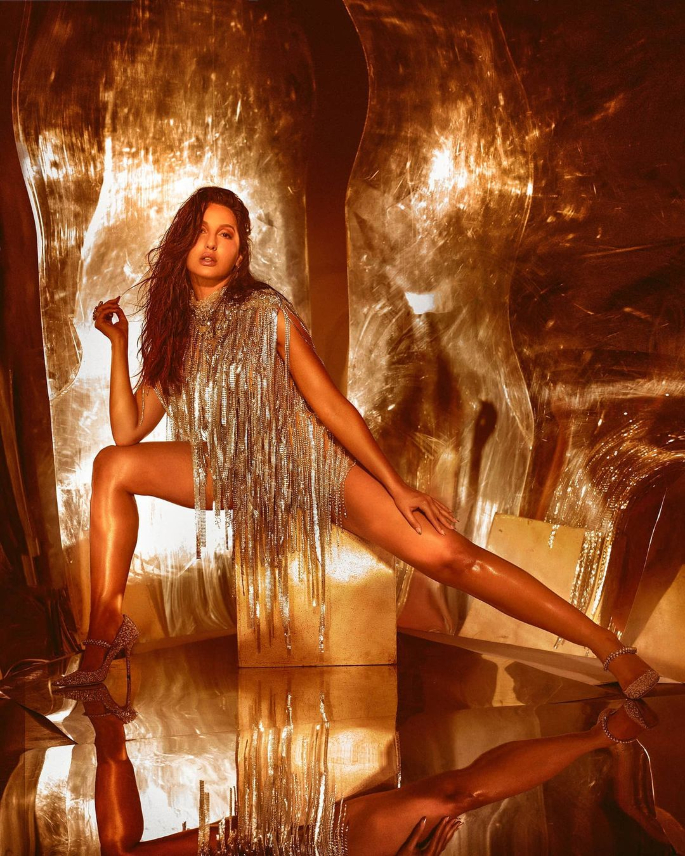 In an interview with Anas Bukhash, Nora recalled facing “bullying” and “rejection”, calling it a “traumatic experience”.

She also said that casting directors would call her for auditions and purposely give her Hindi dialogues, knowing that she is not Indian.

“They would start laughing together, high-fiving each other.”

Dhiren is a journalism graduate with a passion for gaming, watching films and sports. He also enjoys cooking from time to time. His motto is to “Live life one day at a time.”
Saira Khan says Asian Culture held her back more than Racism
Saba Qamar cancels Wedding over Sexual Harassment row?