The race for the most subscribed YouTube channel is hotting up between India’s T-Series and Swedish PewDiePie. It is a rivalry which has been ongoing.

"To take my father's dream forward I started this channel."

The battle for the number one YouTube channel has intensified between T-Series and PewDiePie. It has even seen the two channels exchange words on social media.

Both channels are trying to become the most subscribed on YouTube, with the sub count still very close.

For a long time, Swedish creator Felix ‘PewDiePie’ Kjellberg had the most subscribed channel, which is mainly focused on gaming and vlogs.

However, music channel T-Series closed the gap and eventually surpassed PewDiePie. But somehow, the Swede came back.

The rivalry has gone up a level with T-Series chairman Bhushan Kumar posting a video on Twitter and trying to persuade people to subscribe. He said:

“To take my father’s dream forward I started this channel. Today it belongs to you. It belongs to the entire nation.

“This is a historic movement for all of us so let’s come together and subscribe to T-Series YouTube channel and make India proud.”

PewDiePie has been the number one channel on YouTube for a number of years until T-Series began catching it up. The Swedish owner is not surprised by this.

Kjellberg said how he was “surprised no one stepped up sooner”. PewDiePie also revealed that he finds the whole battle “hilarious.”.

PewDiePie responded to the video by calling the channel “desperate.”

The battle between the two channels has been ongoing since November 2018 when T-Series became the most-viewed channel on the website.

We’re on the brink of becoming the world’s biggest @YouTube channel. We can make history. We can make India win. Subscribe to @TSeries #BharatWinsYouTube https://t.co/izEu8dzHdf pic.twitter.com/dJumzHwADa

It then started to close the gap on PewDiePie’s channel in terms of subscribers. The Swede began asking fans to help him stay ahead.

The content creator received help from fellow YouTubers and even Elon Musk. One of the main reasons is the concern of a brand claiming the number one spot.

Many fans feel that an original creator should be the most-subscribed.

Fans and other YouTubers are backing PewDiePie, the independent creator going up against a corporate brand.

While PewDiePie creates, edits and uploads one video a day by himself, T-Series is capable of publishing multiple videos a day.

In the last few years, YouTube has appeared to put brands ahead of independent creators, which is the opposite of their main attraction.

This was shown in the YouTube Rewind video which became the most disliked video after fans criticised its use of mainstream celebrities and no inclusion of creators. 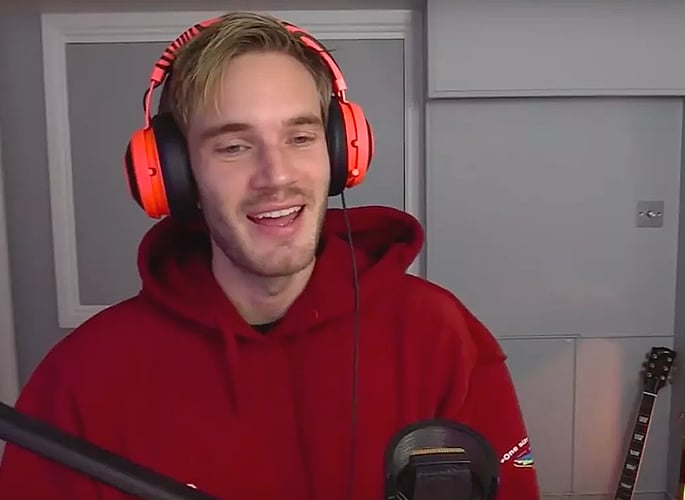 It seems like 100 million is the next milestone that the two channels are racing to achieve.

Despite his obvious disadvantage, PewDiePie has managed to hold off T-Series, but for how long?

It has been said that T-Series may be the future of YouTube due to their constant production of content.

They have exploited YouTube’s algorithm, providing a steady stream of high-quality videos, which is what the site’s algorithm prioritises.

In 2018, T-Series uploaded at least three videos per day which are far more than individual creators.

The music label continues to grow especially since they struck a deal with Spotify. They will continue to strike many more partnerships in future.

Although there is respect towards creators and what they do, the constant demand for content means that brands such as T-Series are YouTube’s future.

Check out who is Winning the Race 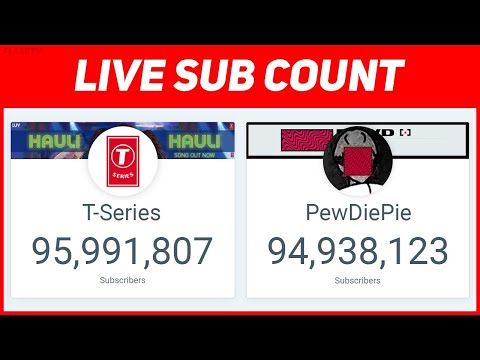 Dhiren is a journalism graduate with a passion for gaming, watching films and sports. He also enjoys cooking from time to time. His motto is to “Live life one day at a time.”
Is Google’s Stadia Game Streaming Platform the Future?
RAGE 2: What to Expect from the Unexpected Sequel