Known as one of the world’s most renowned YouTubers, PewDiePie has been going viral after he shared a video about the demise of Sushant Singh Rajput.

“He’s such a cool dude, such a smart guy"

Previously, paranormal expert Steve Huff claimed to have spoken to the spirit of Sushant in his YouTube videos.

Sushant committed suicide on 14 June 2020 after suffering from depression for approximately six months.

The renowned Swedish YouTuber is the latest international star to pay tribute to Sushant. Undoubtedly, his untimely death sent shockwaves across the globe.

Taking to his YouTube channel, PewDiePie spoke about the actor’s death. He said:

“He’s such a cool dude, such a smart guy, such a good message as well that I so wholeheartedly believe it’s just such a tragedy.

“It really makes you sad to think that he passed away at such a young age.”

“Police say that he died of suicide but at least personally he believed that someone lives in the moment.

“I cannot make sense out of committing suicide and there’s been this whole controversy and theories about did he really commit suicide or what happened?

“I don’t want to get into that but want it just to be a video attributing him because I think he’s a cool dude and I wanted to share with my audience.”

“It’s just this statement he had about living in the moment obviously, this was a couple of years ago.

“But it’s just you wouldn’t commit suicide if you had this mindset. I don’t believe that at all but then again, I don’t want to add to that.

“Rest in peace Sushant. I would have loved to meet you. You seem like an awesome dude and thank you for being you.”

Currently, PewDiePie has 105 million subscribers on the popular video-sharing site.

However, he was overtaken by Bollywood record label, T-Series’ YouTube channel which has over 146 million subscribers.

Meanwhile, the investigation into the demise of Sushant is ongoing by the Mumbai Police.

Many stars have been questioned including his girlfriend Rhea Chakraborty, Aditya Chopra, Sanjay Leela Bhansali and Mukesh Chhabra just to name a few.

On the work front, the late actor’s upcoming film, Dil Bechara is scheduled for digital release on Disney+ Hotstar on 24 July 2020. 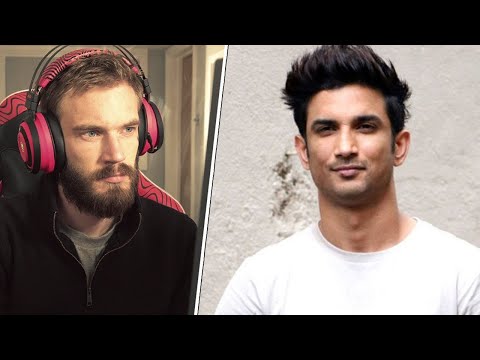 Ayesha is an English graduate with an aesthetic eye. Her fascination lies in sports, fashion and beauty. Also, she does not shy away from controversial subjects. Her motto is: “no two days are the same, that is what makes life worth living.”
Pakistani Stars react to Pakistan’s Impending YouTube Ban
10 Popular Desi TikTok Stars