An Indian man faces allegations of abusing his wife for dowry and not making him biryani every day. She staged a sit-in protest at his family’s property.

"He keeps demanding biryani every single day. He had got used to it earlier."

An Indian man has allegedly harassed his wife for dowry and for not making him biryani daily. The 25-year-old wife claims he eventually kicked her out of their house.

The woman, named Manasa, staged a sit-in with her family outside her in-laws’ residence. Taking place in Wardhannepet, Telangana, she demanded her in-laws to let her inside.

Police did attempt to talk her out of the protest, but the 25-year-old refused to move.

Instead, she said: “I came here as a last option, as I haven’t got any justice.”

In discussions with police, she made a series of allegations against her husband, Rajendra Pradesh. The couple reportedly married on 25th November 2016 and “within a month he demanded dowry”. As time went on, Rajendra’s behaviour reportedly grew worse.

Manasa claimed he would physically abuse her and drink on a daily basis. Her husband also allegedly insisted she should make him biryani every day. She said:

“He keeps demanding biryani every single day. He had got used to it earlier. How can I make [the] same thing every day? He asks for the same dish. He would also drink every day and beat me up.”

As a result, she would refuse to make the Indian dish. In January 2017, Rajendra reportedly kicked her out of their house. 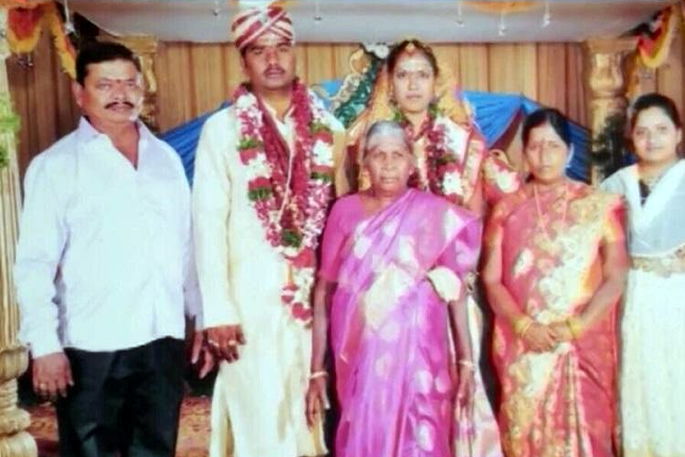 Manasa eventually returned back to the property in June. However, her husband and in-laws treated her with hostility. With her recent sit-in protest, she hoped she would once again see Rajendra, saying:

“Now, I want my husband to come here and face me in public. Then, we’ll see what happens.” On 17th November, she filed a complaint with police on her husband.

While Manasa’s claims have caught widespread attention, some outlets have kept the focus of her case on biryani. However, police at Wardhannepet station cleared confusion on the matter. Officer Si Upender said:

“There is one local person, who hyped up the issue unnecessarily as being focused on the biryani. Then other TV channels picked it up, and now the national media has also picked it up.

“It’s become so sensationalised that my higher officials are calling me, and I have to continuously explain that it is not the case.”

Instead, he explained that police were investigating the claims of dowry violence. Upender added:

“They had a turbulent relationship from the beginning. They have approached several police stations, including the women’s PS, over their domestic quarrels.”

They also added that Manasa has requested that her husband now live with her and her parents. However, he wants her to instead live with her in-laws.

Sarah is an English and Creative Writing graduate who loves video games, books and looking after her mischievous cat Prince. Her motto follows House Lannister's "Hear Me Roar".
State School beats Private Schools in UK League Tables
Why Diversity is Important in the Law Profession