"They started threatening me and even hurt me physically."

A fashion designer by the name of Nadia Aheli has filed a police complaint against Kohli and his friend for physically and verbally abusing her.

This is not the first time that the actor has been in trouble for physical abuse after he assaulted his ex-girlfriend and fashion stylist Neeru Randhawa in June 2018.

It left her hospitalised and Kohli was arrested. However, the complaint was later withdrawn and the actor was released.

Now it seems he is in trouble again for physical abuse after Nadia gave her account of events to the police on December 2, 2018.

It was heard that Kohli had met the woman through a mutual friend at a party in Juhu not too long ago and became good friends.

They were even spotted singing songs and enjoying each other’s company in a video which has circulated on social media.

However, according to Nadia, both Kohli and his friend Dilip Rajput began making unreasonable demands to her and threatened her.

It was heard money is the reason behind Kohli’s alleged physical abuse but police have not confirmed the reason. 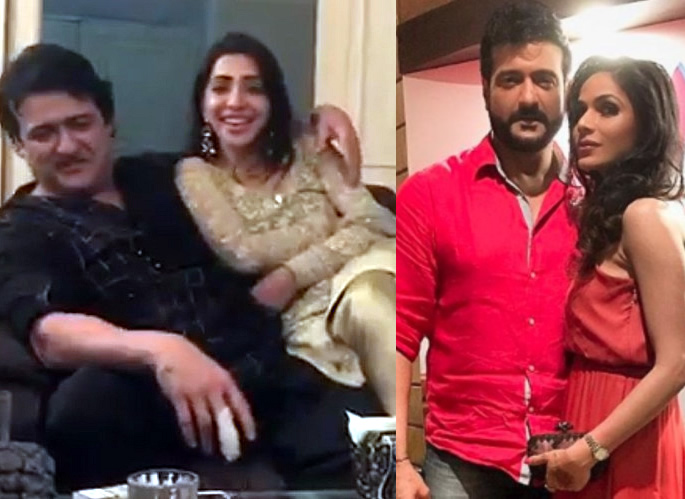 Nadia said: “Well I have lodged an FIR against three people, Armaan, his friend Dilip Rajput and his servant Nitin.

“When I insisted that I need my money back, they started threatening me and even hurt me physically.”

In addition, Dilip verbally abused Nadia at a party in Versova, Mumbai and Kohli abused her over the phone and using offensive language.

Versova Police confirmed that a complaint had been registered and are currently looking into the matter. They intend to contact the 46-year-old soon.

An officer said: “An FIR has been registered against Armaan Kohli and his friend Dilip Rajput under Section 509 (word, gesture or act intended to insult the modesty of a woman), 506 (punishment for criminal intimidation) and 34 (common intention).

“We are investigating the matter.”

Armaan has spoken out about Nadia’s accusations. Speaking to Mid-Day, he said:

“It’s a complaint against someone else and my name is being dragged into this. It will be cleared, it is not a big issue. Once it gets cleared, I will speak to you.”

Armaan Kohli starred in a number of Bollywood films, mostly during the 1990s and appeared on Bigg Boss 7 in 2013.

Kohli is not one to shy away from controversy. From clashing with almost all his fellow contestants on Bigg Boss to his short temper, it has all been highly publicised.

This case of him allegedly abusing Nadia Aheli is still in its early stages, it will only be a matter of time before more details emerge.

Dhiren is a journalism graduate with a passion for gaming, watching films and sports. He also enjoys cooking from time to time. His motto is to “Live life one day at a time.”
Mira, Royal Detective: New Disney Cartoon features All-Indian Cast
Highlights of Priyanka and Nick’s Extravagant Wedding in India