Domestic abuse is on the rise in the UK. 1 in 4 women will suffer domestic violence at some point in their life. We look at the impact on British Asian women.

“I suffered beatings throughout my marriage. I said nothing, as I did not want to dishonour my family name."

Domestic abuse of British Asian women has always been an issue, but women today are now talking out to combat the horrid experience of domestic abuse and violence.

On average two women are killed every week by their current or former partner. More and more women from the South Asian community are now coming forward, reporting abuse inflicted upon them.

Past generations of South Asian women living in the UK have lived with and survived domestic abuse and violence, accepting it as part of their ‘kismet’ or the right of their husbands to treat them as they wished.

Many women from those times were illiterate and had no one to turn to, especially, within the husband’s family, where frequently, the mother-in-law would also be involved in the abuse.

In addition, a woman’s own family would not support her plight because they told her to ‘put up with it’ and accept it as part of ‘married life,’ where they lived in fear of the family name being tarnished if the daughter’s marriage ended in divorce. 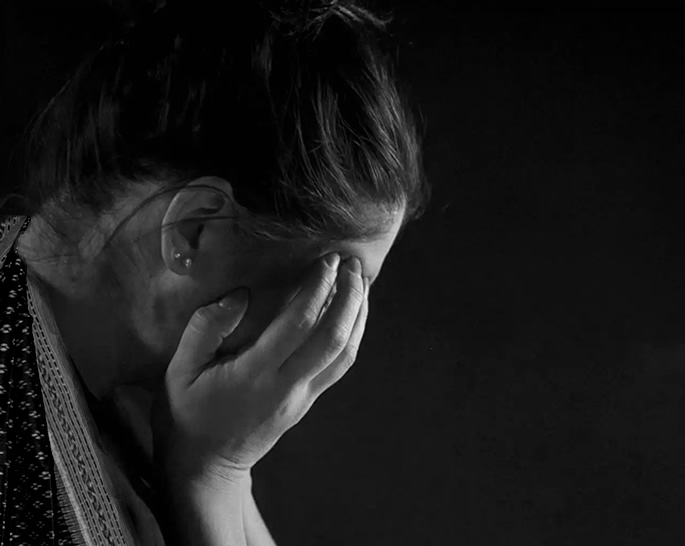 Evidence shows today that the domestic abuse has not actually changed but it’s turned into many forms of abuse. It’s not just physical and/or sexual abuse women face but also severe emotional and mental abuse. All of which are a form of criminal offence in the United Kingdom.

Here are some stark UK facts from the Office of National Statistics:

So has domestic abuse changed dramatically for British Asian women in this day and age? Are they being treated and respected as equals in the home? Has the abuse lessened from the past, are today’s women coping better, finding support and being able to say enough is enough?

There are many factors which lead to the domestic and emotional abuse faced by British Asian women. These surprisingly still include very backward and orthodox views within families despite education and professional jobs being the norm for women within many households.

Issues such as ‘not giving birth to a boy,’ ‘not bringing enough gifts for the family,’ ‘not being good enough for the son,’ ‘not respecting the mother-in-law,’ ‘not fitting into the family,’ ‘thinking highly of yourself because you are educated,’ ‘spending too much time with your own family [mother/father and siblings]’ and ‘going out on nights out with friends’ are all seen problematic and contributing factors for abuse.

It feels that even in today’s society, British Asian women have not progressed inside the home and are not treated as equals or even ‘human beings’ in some cases.

For example, even now there is immense pressure on young British Asian brides to deliver a baby boy [first born child] to satisfy the in-laws. Some great thinkers describe the womb as a chamber of mercy but sadly the fear of abuse looms if a boy is not born to carry on the precious family name. 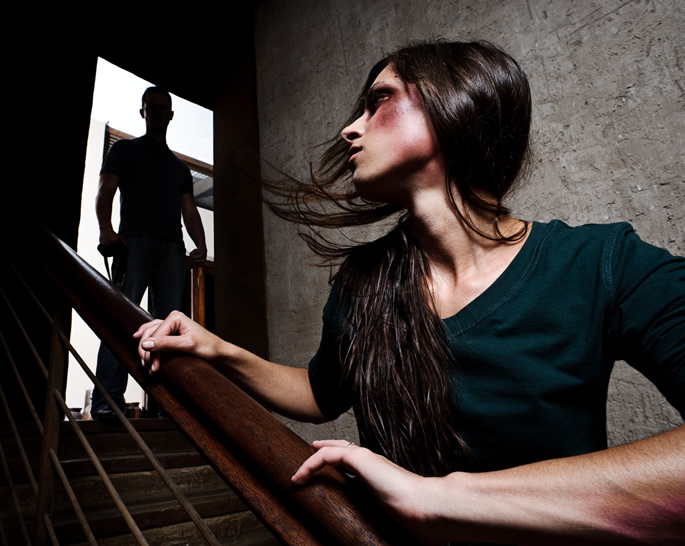 Most British Asian women from a very young age dream of the perfect fairy tale wedding. These dreams turn into horror stories within a matter of days, weeks or months after the ‘Big Fat Asian Wedding.’ It’s not just the husbands/partners but also the extended families that carry out the abuse against the ‘outsider’ who has joined the family.

Naina a divorcee from Hounslow, sharing her story said:

“I was married for ten years. Before marriage, my husband and in-laws were so nice. As soon as I got married restrictions were put upon me. I wasn’t allowed to go out unless I was with my husband or mother in law. I was told that this is how things are done in this family and you must obey. But the abuse increased as my husband used to hit me and pushed me down the stairs when I was heavily pregnant.”

Some women are abused more severely, especially those who have been raped by member[s] of their own family. Such traumatised individuals are led to believe that this is their fault.

Malikaa from Nottingham was constantly beaten up by her husband and mother-in-law in front of her two young children. She exclusively told DESIblitz:

“When my drunk husband would come home, the first thing he would do was to find out what part of the house I was in. My six-year-old son would grab my three-year-old daughter and they would hide in the house knowing that mummy would get hurt again. If they screamed my husband would beat me more. I was so controlled by this I thought nothing of this.”

“My son Sunil one day walked into my room feeling very upset. ‘Mummy let me grow up and I will protect you and my little sister, No one can hurt you when I’m bigger,’ he said. It was this comment my child said that hurt me more than the beatings. I realised this to had to stop now.”

Children witnessing domestic abuse are highly likely to be affected by what they see mentally later in life. For boys, it can even lead them to repeating the cycle or finding it hard to have relationships with women. For girls it can affect their outlook towards men, thinking they are all perpetrators. 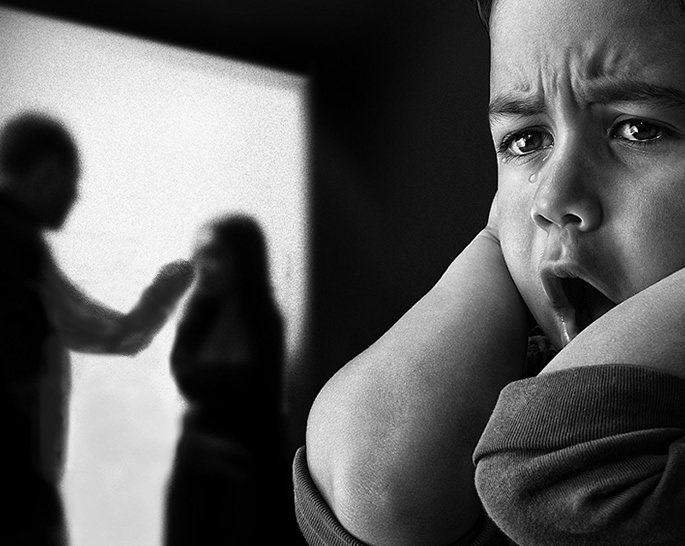 Sati from Southall was abused for years and feared for her life. She said:

“I suffered beatings throughout my marriage. I said nothing, as I did not want to dishonour my family name. I fell pregnant after several miscarriages. I showed them a picture of the scan of my beautiful unborn child. They would laugh and say the baby already looks ugly and deformed.”

“Rushed into hospital several times due to pregnancy complications, the hospital realised I was suffering from abuse and documented this.”

“From the second scan, I found out I was carrying a boy. My mother-in-law wanted my son for herself. She would get my husband to beat me and then say to me I was unfit to look after my child. Beatings began to lessen but the emotional abuse increased,” she added.

Sati finally plucked the courage and determination not to be treated like a doormat and put a ‘Stop’ to the abuse. She is now divorced and is mentally much stronger than before.

There are many more stories and examples of abuse of this nature and many do not ever get reported to the police or authorities due to fear of backlash against the victim.

British Asian women are controlled and abused, mentally, physically and sexually in so-called marriages. One cannot blame ‘arranged marriages’ as most are choosing their own partners nowadays.

So, where and why does this happen? Is it upbringing? Is it the same old-fashioned mentality that men are more superior to women? Or is it all about control?

Whatever the reason, it does not give the right for anyone to treat another human being in this way. Until British Asian women do not find the strength to challenge the abuse, it is likely to carry on. Yes, everyone’s circumstances are different but the abuse is not.

Help is being provided to victims, for example, the Metropolitan Police has a specialised unit in West Drayton [West London] that deals with cases of domestic abuse within the South Asian community. There are many organisations and groups [including online] around the UK, which help, support and provide advice for victims of domestic abuse and violence.

Will British Asians take a stance to ‘stop’ this abuse before it’s too late? Or is it likely to carry on into future generations?

If you want are a victim, survivor of domestic abuse, you can contact the following national organisations to seek help:

Savita Kaye is a professional and hardworking independent woman. She thrives in the corporate world, aswell as the glitz and glam of the fashion industry. Always maintaining an enigma around her. Her motto is 'If you got it show it, if you like it buy it'!!!
India’s Daughter needs Real Justice
Rape in India versus the UK