Rape in India versus the UK

Rape in India has been highlighted by the Delhi Rape case. But, how is rape perceived among British Asians? How different is it in the UK versus India?

In India, more than half of these rape crimes never get reported, let alone reach court

Rape by any means is a degrading act carried out by another person. In some cases a group of people.

In the UK rape is defined by the Sexual Offences Act 2004. In English law, rape can occur in different circumstances. For example, many people will have heard of ‘date rape’ and ‘drug rape’ activities which result in rape.

Date rape is where the person is usually known to the other person and both go on a date, where there is intention to rape.

Drug rape is where the victim is given a substance which makes them incapacitated and totally helpless making their attacker do whatever they please.

Marital rape takes place in a marriage between husband and wife of non-consensual sex. Before 1991 a woman had no legal rights in relation to this but was soon criminalised to make it an offence within marriage. 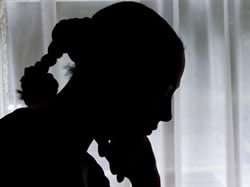 As you can see the UK law categorises rape into different subsections enabling the judicial system to easily identify which category a person falls into.

Looking at statistics, just to give an example of the level and frequency of this problem, according to the UK’s Office for National Statistics (ONS) and Home Office, approximately 85,000 women are raped on average in England and Wales every year. Over 400,000 women are sexually assaulted each year and 1 in 5 women (aged 16 – 59) has experienced some form of sexual violence since the age of 16.

In the UK, under section 1(1) Sexual Offences Act 2003 a defendant, person (A) is guilty of rape if: (A) intentionally penetrates the vagina, anus or mouth of person (B) (the complainant) with his penis; (B) does not consent to the penetration; and (A) does not reasonably believe that (B) consents.

In India, the death penalty has become law in cases where the victim dies or is left in a vegetative state. The minimum sentence for gang rape, rape of a minor or rape by a person in authority is now 20 years in prison.

Since rape is higher in women, it makes the woman far more vulnerable to be the target for rape compared to men. 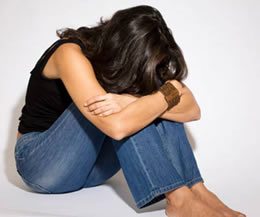 There have been recent cases which have highlighted that this crime is still at large and seems it’s not getting any better. For example, the Rochdale grooming gang of Asian men, who were sentenced for rape and other offences. Another similar gang from Oxford were convicted of the same offence.

Celebrities and people of authority or trust are also involved. There are numerous cases related to the Catholic Church and other religious establishments. The recent exposure of BBC’s Jimmy Saville’s conduct highlights the scale of abuse which took place over a number of years and the case of Michael Le Vell (who plays Kevin Webster in Coronation Street) where he faces 19 child sex offences.

A nurse, Aruna Shanbuaug, was sexually assaulted by a sweeper on the same ward. He strangled her with a dog chain and sodomized her. The case was registered as a robbery and attempted murder rather than rape to avoid social rejection on the basis of her being sodomised. Partly his motive was because he was angry as she would tell him what to do. After the assault she stayed in a vegetative state and never recovered.

Suryanelli, a 16 year old girl gang raped by 40 men for over a 40 day period. Some of these men were influential people including a Congress leader. However, the Congress leader was discharged by the court for “lack of evidence”. On 31 January 2013, 36 out of the 40 men plead guilty to the rape and human trafficking of the victim.

Priyadarshini was raped, strangled with electric wire and was battered beyond recognition. The perpetrator was Santosh Kumar Singh who apparently had been stalking the victim previously. He was sentenced to the death penalty but there was doubt on the DNA report as the court believed it was not obtained via the correct judicial procedure, therefore, awarded Singh ‘benefit of the doubt’ which meant he could not be charged with rape. 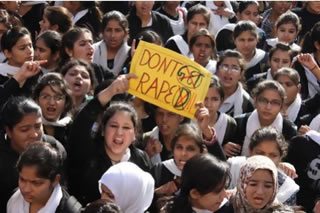 The above cases is a clear indication that women still do not have equal footing in a ‘male-dominated world’ and that the Indian man is superior in his own way. It seems that the men need to have a pleasure, not for sexual perverseness but for the need of dominance on these women. The big question is if this will ever change in India?

In India, more than half of these rape crimes never get reported, let alone reach court. This is probably due to the attitude of class hierarchy in India and the disintegrated inequality of difference between men and women. The judicial system is not much better as sometimes it can take years before a case can come before a court.

The corruption of the Indian police force plays a big part for cases of this nature not to be reported, which has a domino effect on the whole process; as there are allegations that the police rape women themselves too.

Rape as a problem still continues in India with more cases being highlighted and reported now since the Delhi case.

In the UK, despite the police and agencies offering support to rape victims, British Asians suffering rape or sexual assault are also likely not to report it if it is something that would bring shame on them or their family. 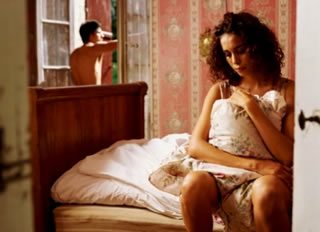 This includes rape that may take place within the family. So, for the sake of family honour, the victim lives with the ordeal and trauma.

There is the point of non-marital sex still seen as taboo amongst many Asian communities and if rape takes place in this scenario, where does the woman go? Who does she turn to? So, very likely, it will never be reported.

Marital rape, although illegal in the UK, is another area that would cause issues for the British Asian woman. Where, if she were to report such an incident, she risks the loss of everything she may have, including home and family. So, she lives silently and accepts the abuse.

Does this mean that community, cultural and family governance imposes restrictions on a person and stops them from reporting rape? Or are the new generations of independent and confident Asian women strong enough to break down these barriers to free themselves of living in silence and are doing so, compared to India?

It is fair to say that the UK has an appropriate judicial system which deals with these types of cases effectively, especially, if sexual violence is involved. Some may not agree but at least the system is non-corrupt like India.

So, is rape and sexual assault in the UK and across India very different? Even though the problem exists in both countries, the attitudes seem to differ significantly only due to the imbalance of law and order but perhaps not so different in terms of attitudes of dominance and rights of a man over a woman?

Sandy likes to explore cultural areas of life. Her hobbies are reading, keeping fit, spending time with family and most of all writing. She is an easy going, down to earth person. Her motto in life is 'believe in yourself and you can achieve anything!'
Domestic Abuse of British Asian Women
Are British Asian relationships more Open?