The Acceptability of Rape in India

India’s been shaken by a gang rape which took place in Delhi on a public bus. With rape in India dramatically increasing, is enough being done?

On Sunday 16th December in New Delhi, at around 9.30 pm, a 23-year-old woman was gang-raped for almost an hour on a moving bus and then thrown off the bus, semi-naked on the road, left to die. A shocking example of rape in India.

According to reports, the attackers began by harassing the woman for simply being out with a man at night and then beat him with an iron rod before raping her.

Bleeding and battered intensively and left in an expressway in Delhi, the two were discovered by a passer-by who helped them. 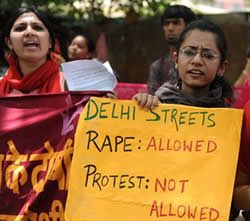 Delhi has been now labelled the ‘Rape Capital’ of India. The treatment of women and violence against them is nothing new in India, however, this particular case has caused huge outcry and anger in a nation that is busy reflecting it’s prosperity as a ‘Modern India’ with tremendous economical growth.

Maybe the ferocity of the vile act or where it took place in public is something Indians are finding hard to digest, it is definitely highlighting an issue that is prevalent in an India today, which is finding it hard to cope with an increasingly predatory sexual culture.

The rape victim, a paramedic student, passed away fighting for her life with major injuries to her genitals but also to her intestines too. Doctors say it is the “most grievous” case of rape they have ever handled.

One medic said: “This was much more than rape… They were extensive injuries… It appears that a blunt object had been used repeatedly.”

Police arrested four of the six accused and Indian Home Minister Sushil Shinde said the trial for the perpetrators shall be fast-tracked.

The rape sparked major protests in Delhi and outrage in Parliament, with several politicians and protesters demanding the perpetrators be hanged for this vile and horrid act of sexual violence. However, riot police in Delhi water-cannoned protesters including women outside the official residence of New Delhi’s Chief Minister Sheila Dikshit.

A National Human Rights Commission statement said: “The incident has raised the issue of declining public confidence in the law and order machinery in the city… Especially, in its capacity to ensure safety of women as a number of such incidents have been reported in the national capital in the recent past.”

This rape is just another example of Indian sexual violence that is on the rise. In the neighbouring state of Haryana to Delhi, 17 cases of rape were reported in October 2012 alone.

Grim and astonishing statistics say that across India, a woman is raped every 20 minutes, according to the National Crime Records Bureau. 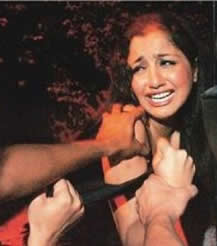 These alarming figures have risen steadily in recent years. In 2010, 24,206 rapes were reported, an almost 10% increase over 2001. The number of unreported cases of rape in India is no doubt much much greater.

Many women feel this is a way of keeping them ‘scared and controlled.” Unless you travel in transport known to you, you are at such risk. One woman said: “Age does not matter. They are like animals,” referring to the attitude of men experienced in the capital.

This rape is one of more than 630 known rapes in 2012 in Delhi and despite the public noise being made, many feel nothing much will really change. Because it’s common that survivors of sexual assault are blamed in India, according to experts. Rather than intensify punishment or quickly prosecute perpetrators, survivors of rape are seen at fault – they are blamed for walking alone, wearing provocative or Western clothes, or even using public transport alone.

Dr Ranjana Kumari, from India’s Centre of Social Research and president of ‘Women Power Connect‘, says: “Blaming the victim has been in some way also part of the larger design of the system, where you want to push the women to say they are responsible for what happens to them.” 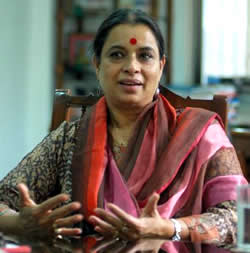 “It is like saying men are not responsible but it is the women who lured them into this,” added Kumari.

Many still view rape as personal shame and not a violent crime with the woman at the centre of the blame. Many cases are not reported due to the fear of humiliation of the incident within the family or extended family. Other victims are scared to report it due to being labelled as not fit for marriage or further backlash.

Sexual male aggression and ‘acceptance of rape in India’ is seen as a mundane fact of life amongst many factions of India’s society still today.

In Haryana, for example, after the 17 cases of rape in October, khap panchayats (village councils), suggested that girls should be married off early to prevent sexual violence. The former chief minister of the Haryana, Om Prakash Chautala said: “In the Mughal era, people used to marry their girls to save them from Mughal atrocities, and currently a similar situation is arising in the state.”

This kind of archaical response to a problem that is tormenting and traumatising women in India today is naturally seen as very disturbing for a country that is claiming it is moving forward into the 21st century. But is it still a view shared by many men in India today?

Ideologies of a woman’s place within Indian society is still fixed and will not easily change according to experts. India is and shall always be a male-dominated country irrespective of it having female politicians and celebrities, many believe. 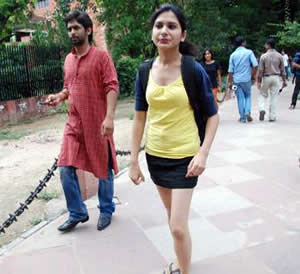 Experts say the rate of rape in India reported is higher where there are more divides gender and class. Therefore, as a woman, unless you are very rich and privileged, you are more likely to experience sexual harassment and humiliation in such areas.

Kumari says: “Normal changes in [Indian] society are seen as a challenge, and that’s why women are blamed more if they are expressing themselves freely, are mobile or wearing what they want to.”

“This environment, sadly, is not seen as enabling women and making them strong but rather seen as reasons for such attacks,” she adds.

The mistreatment and abuse of women is a particular problem in Delhi and northern India. Where there is very little support for victims, a socially backward mindset, a police force that is insensitive towards victims, corrupt politicians and a disrespect towards laws which mean nothing to those with money or political contacts.

So, who is to blame for this rise of sexual tyranny? What are the causes of such despicable rape in India?

Some blame the cultural change towards more liberal and westernised ways. For example, women wearing revealing Western clothing and going out with male friends and openly socialising, and in particular, freely available pornography and other sexual content on the Internet.

Conversely, chat rooms and social media also plays a role according to many, where Indian women, in fact, indulge in fantasies of rape which, therefore, leads to Indian men feeling they accept this as an aspect of their sexual desire and its something they ‘want to happen to them.’

Middle classes in India today with affluent lifestyles are emerging but the divide is also getting bigger between them and the poor, where socially deprived men, in particular, are seeing, watching and experiencing an India which is very different to their less privileged lifestyles. Therefore, they feel they can have what they want with force, in this case, sex.

Unless a major shift in India’s attitudes toward sexual violence takes place and rape is not fully acknowledged as a serious and explicit crime, any measures put in by politicians will be a mere plaster on a wound which is far deeper and bigger in the nation’s flesh. And sadly, sexual rape and violence against women are likely to continue and be ‘accepted’ as part of the fabric of India’s society today.

Prem has a rich interest in social sciences and culture. He enjoys reading and writing about issues affecting his and future generations. His motto is 'Television is chewing gum for the eyes' by Frank Lloyd Wright.
The Asian Stigma with Disability
India’s Daughter needs Real Justice