Bollywood actress Janhvi Kapoor has showcased another gorgeous look on her Instagram, which shows off her enviable curves.

Janhvi Kapoor has one of the most stylish wardrobes in the Bollywood industry.

The 23-year-old actress has the ability to make even the simplest of outfits look stunning, and her latest look is no exception.

The actress opted for Frisky’s Overnight Dress by Club L London for the photos.

The dress is a gorgeous camel colour and sells for around £53 on Frisky’s website. 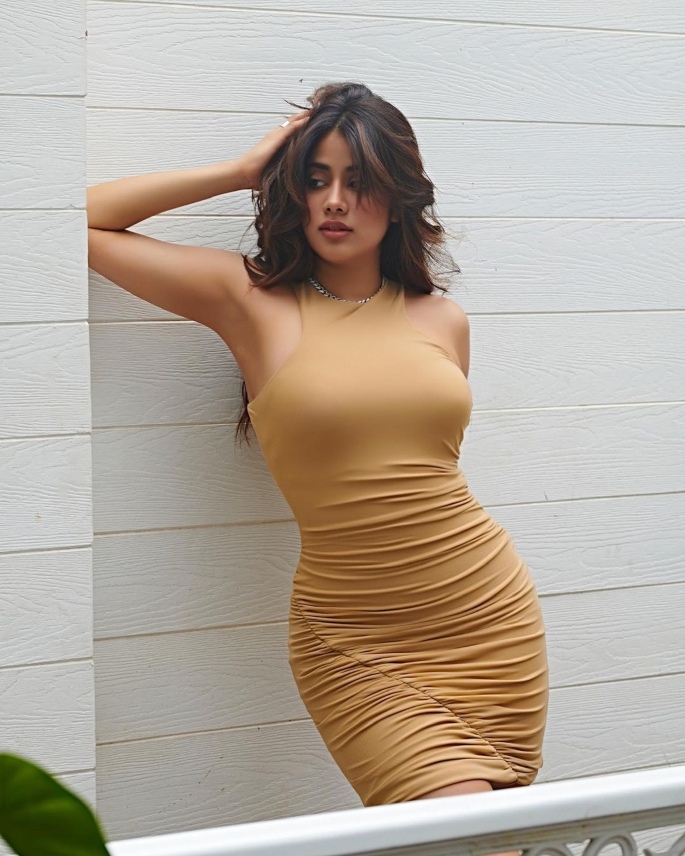 It is layered with a soft mesh and is complete with a high neckline and short skirt.

Kapoor kept her accessories simple, with nothing but a silver chain necklace.

She also kept her hair in long, loose waves, letting her figure-hugging outfit do all the work for her. 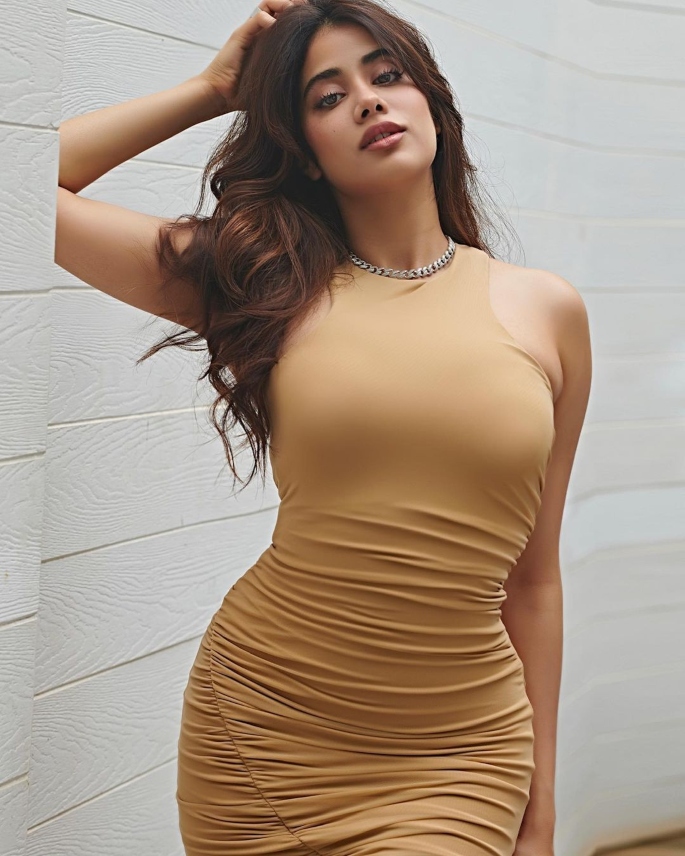 Kapoor shared images of the outfit on Instagram on Monday, July 12, 2021.

Comments poured in praising the star for her beauty, referring to her as “beautiful”, “elegant” and “shining”.

The likes of Shanaya Kapoor and Manish Malhotra also left a series of heart and fire emojis in the comments. 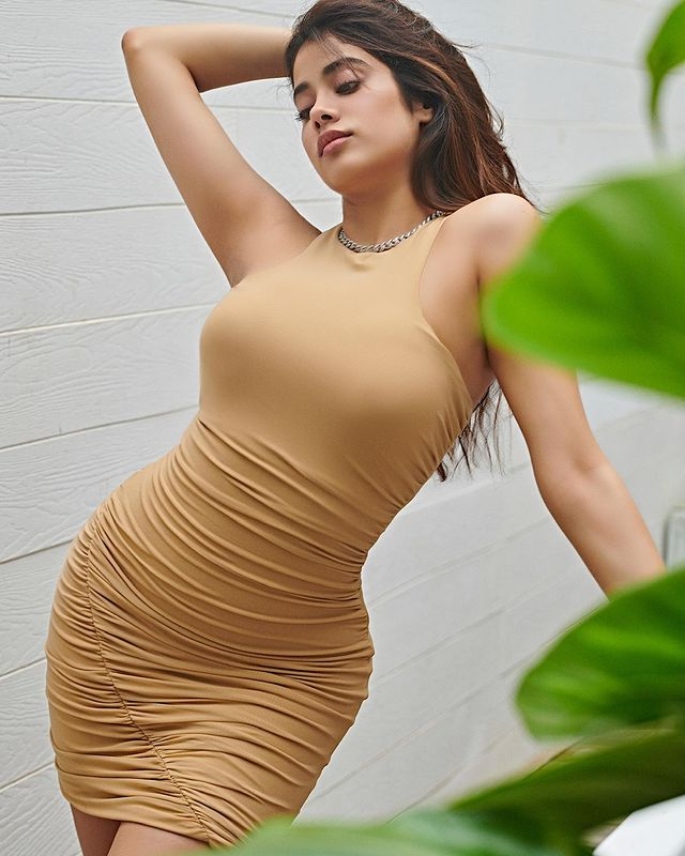 On the work front, Janhvi Kapoor is due to appear in Anand L Rai’s Good Luck Jerry, which wrapped up shooting in March 2021.

She will also reportedly be a part of Karan Johar’s Takht, alongside Kareena Kapoor Khan, Ranvir Singh, Anil Kapoor and Vicky Kaushal.

As well as this, Kapoor is due to star in Karan Johar’s Dostana 2. However, securing a co-star for her previously proved difficult. 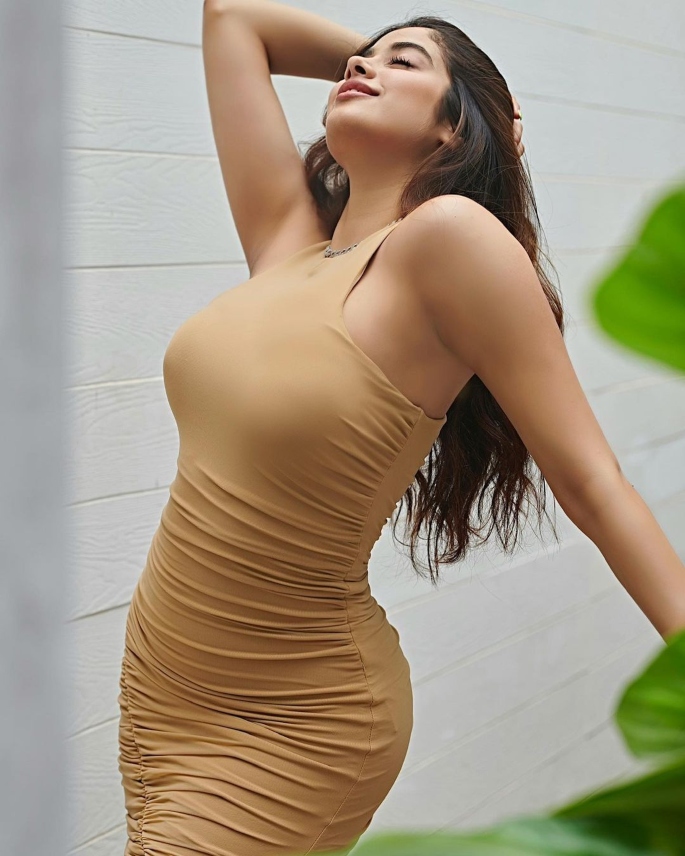 Bollywood actor Kartik Aaryan was due to star in the film alongside Janhvi Kapoor. However, Karan Johar axed him from it in April 2021.

Previous reports stated that Aaryan’s exit came due to his unprofessional behaviour.

However, one report revealed that his departure was due to a falling out he had with Kapoor.

According to Times of India, Kartik Aaryan and Janhvi Kapoor fell out during filming for Dostana 2, and Aaryan became difficult on set as a result.

He would avoid shooting, which delayed the film’s schedule.

Aaryan also allegedly issued the filmmakers with an ultimatum, saying that he would continue to film Dostana 2 if they agreed to drop Janhvi Kapoor.

Therefore, Karan Johar saw no option but to drop him from the film instead.

Janhvi Kapoor’s co-star for Dostana 2 is now Akshay Kumar. The film is due for release in 2021.