Janhvi Kapoor decked up as a mermaid in a stunning yellow dress as she stepped out to walk the red carpet at the Nykaa Femina Beauty Awards.

Janhvi Kapoor is freshly back from her dreamy holiday in the Maldives.

The actress is still in the mood of the sand, sea and the sun – her recent red-carpet look is proof of that.

The Bollywood actress decked up as a bright mermaid in a stunning yellow gown as she stepped out to walk the red carpet at the recent Nykaa Femina Beauty Awards held in Mumbai.

Janhvi played muse to fashion designer Amit Aggarwal and picked a stunning yellow gown to deck up as the mermaid for the awards ceremony.

Janhvi looked stunning in the gown featuring a halter neckline, and wrap-over details.

The gown came with backless details and midriff-baring details with cut-out patterns.

The gown further cascaded to a skirt with mermaid-like patterns and a long train, hugging Janhvi’s shape and showing off her curves perfectly.

Janhvi contemplated her Maldives days in the ensemble and wrote:

Styled by fashion stylist Tanya Ghavri, Janhvi Kapoor wore her tresses into a clean bun with a middle part as she posed for the pictures. 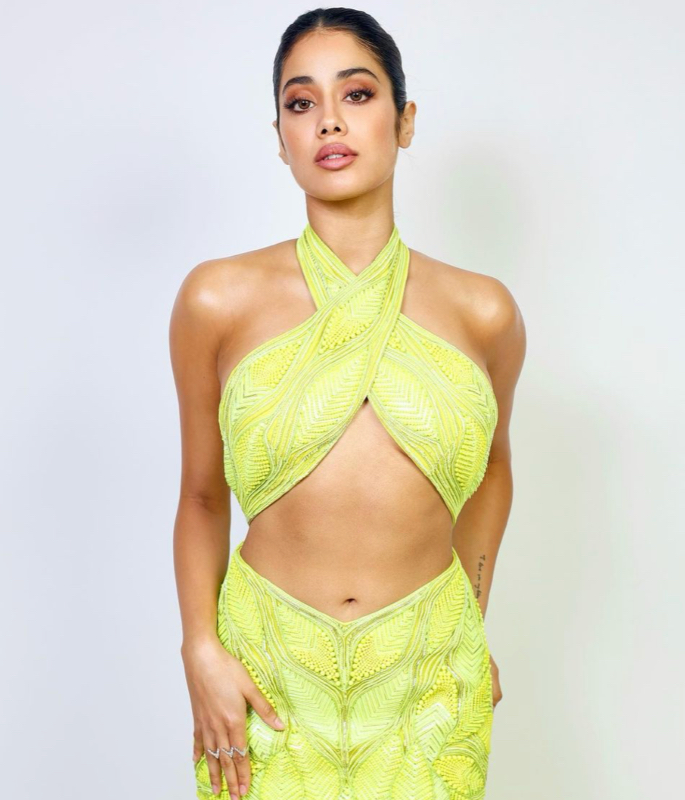 Her close friend Orhan Awatramani joined Janhvi on the red carpet and they held each other’s hand as they posed together for the paparazzi. 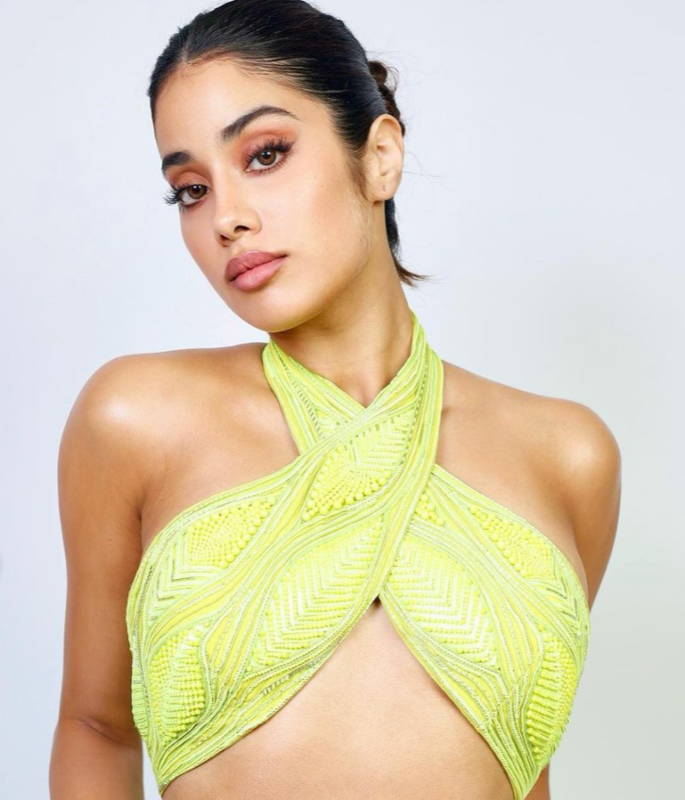 Janhvi has often been rumoured to be in a relationship with Orhan.

They are occasionally spotted together at parties and holidays with their other friends.

Orhan is also close friends with Nysa Devgan, the daughter of Ajay Devgn and Kajol. 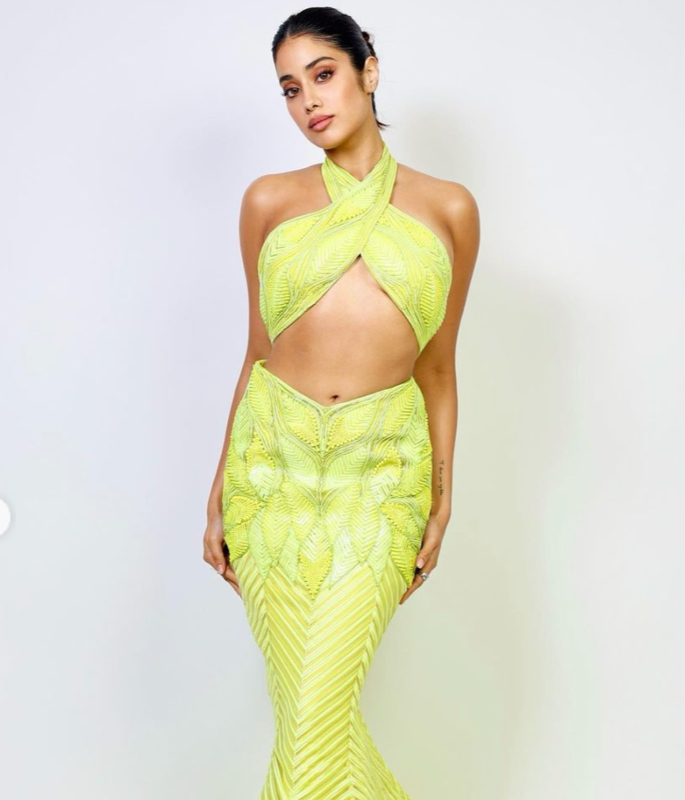 On being asked about her closeness with Orhan, Janhvi had recently told News18 in an interview:

“I have known Orry for years now and he is someone who I not only have so much fun with, but he’s had my back for a long time, and I have had his back.

“It feels like home when he is around, and I trust him a lot.

“I think it’s rare to find friends, who will stand up for you the way he stands up for his friends. He is a great guy.”

Janhvi returned from her Maldives vacation earlier this week.

She had shared several pictures of herself in colourful swimsuits and neon bikinis on Instagram.

The actress had two releases in 2022, both headlined by her in titular roles.

While Good Luck Jerry was released in theatres, the survival drama Mili had an OTT release.

She is currently working on Mr and Mrs Mahi with Rajkummar Rao and plays a cricketer in the film.

She has already wrapped Bawaal with Varun Dhawan.

Ravinder is a Journalism BA graduate. She has a strong passion for all things fashion, beauty, and lifestyle. She also likes to watch films, read books and travel.
Kiara Advani takes Internet by Storm in Satin Gown
How to Look Bold and Sexy in the Bedroom