Janhvi Kapoor showcased her hourglass figure in a shimmering floor-length gown which had a plunging neckline.

"You are just an icon of beauty."

Janhvi Kapoor cut an elegant look as she posed for a series of alluring pictures on Instagram.

The actress looked stunning in a brown floor-length gown from Alexandre Vauthier.

The dress shimmered in the light, giving off purple and dark red hues.

Janhvi’s hourglass figure was on display in the bodycon dress as it had a thigh-high slit and a plunging neckline.

Janhvi made sure that the camera was focused on her outfit but a few pictures were close-ups, with one of her cheekily smiling and biting her finger. 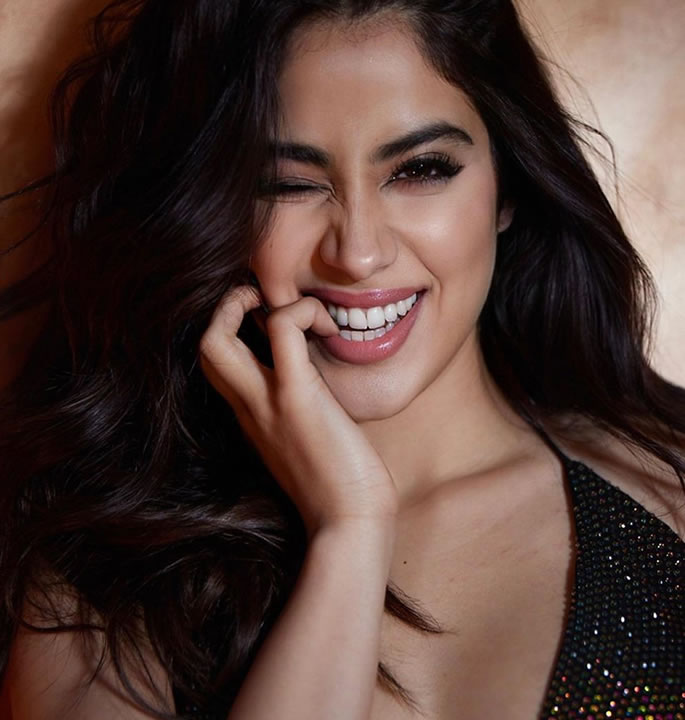 Her hair was left loose and it flowed naturally down her shoulders.

Janhvi made sure that her makeup complimented her outfit as she opted for smoky eyeshadow and emphatic winged eyeliner.

Her glossy pink lips contrasted her look but worked well.

In keeping with the dark colours, Janhvi chose a dark blue shade of nail polish.

Janhvi’s accessories were kept to a minimum to ensure that her dress was the centre of attention, wearing just a ring.

Unsurprisingly, her sparkly look was hit among her fans.

One person wrote: “The eternal queen of the film industry.”

Another said: “You are just an icon of beauty.”

Others posted fire and heart emojis to show their appreciation for Janhvi’s look. 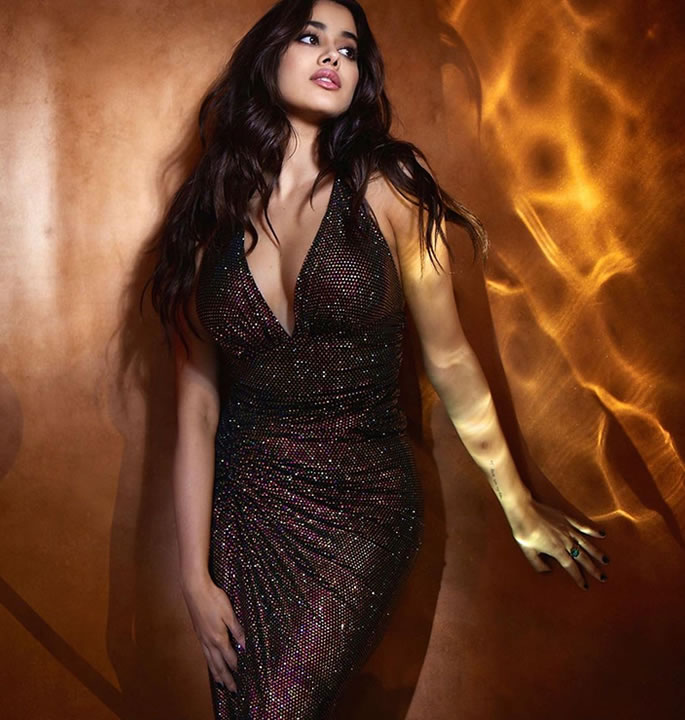 Janhvi Kapoor later shared a series of behind-the-scenes photos of her with her styling team.

She introduced her “army” who help get ready for any event or photoshoot.

The photos showed her team getting Janhvi ready in the figure-hugging gown, from zipping it up to styling her hair.

She captioned the post: “It takes an army and I have the best hehe.” 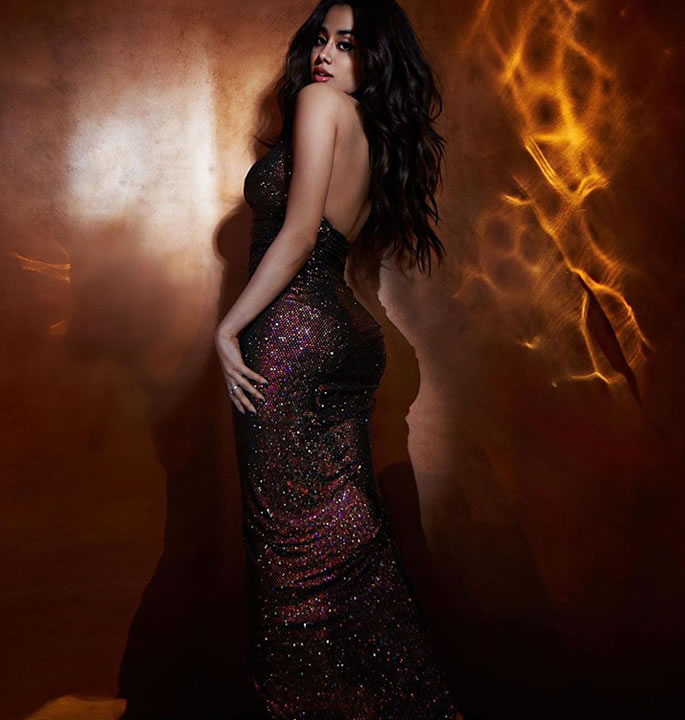 Janhvi had previously shared the teaser of the Netflix film The Archies, which will mark the acting debuts of Suhana Khan and Janhvi’s sister Khushi Kapoor.

The 1960s coming-of-age musical is set in the fictional town of Riverdale, with the teaser of the film showing the cast of characters dancing around, appearing to be living their best lives.

Based on the iconic Archie comics, Suhana and Khushi will play roles based on Veronica and Betty respectively.

A pitch for the film reads: “A musical experience bursting with youth, rebellion, friendships, first loves and everything young adult, it still promises to have something for every generation.

“The film has the iconic gang of The Archies at the centre of it, and perfectly matches the youthful energy, hope and excitement of the sixties era.”

Dhiren is a journalism graduate with a passion for gaming, watching films and sports. He also enjoys cooking from time to time. His motto is to “Live life one day at a time.”
Ranveer Singh reacts to being Trolled for his Fashion Sense
Deepika Padukone nails Boho Look on Cannes Film Festival Day 1