After a horrific gang-rape on a bus, the 23-year old Indian medical student called ‘India’s Daughter’ passed away. Raising many questions.

"All I want to do is walk the streets of my country knowing I will be safe."

From our article on ‘The Acceptability of Rape in India‘ we now look at the next stage of events related to the awful and horrific crime committed on the 23-year old girl in Delhi who was gang-raped by six men. She is known as India’s Daughter.

On Saturday 29th December the young woman lost her life in a Singapore hospital after having up to six organs not working and atrocious injuries from the rape.

Questions have arisen that if the girl and her male companion were not from an educated family would this case have ever come to light? Was this pre-mediated preying on innocent female victims by the bus driver and the men?

Every 22 hours in India a young girl from the age of three to a woman age of 60 is raped, and cases are seldom taken seriously. However, this case was ‘reported’ and has been classed as the most hideous and gruesome.

It was a Women’s Group in New Delhi that caused the up roar that gave media and global attention to this vicious sexual attack. Use of social media by family and friends of the two spiralled the news of the crime.

The accused are from small rural areas of the Indian capital, and NDTV (Indian News Channel) asked for reactions from neighbours. The neighbours were clearly shocked.

“It’s difficult to walk the streets unless you are covered up. One always fears when our daughters/sisters/wives are out and if they will ever return back.”

All the accused families have gone into hiding. One of the mothers of the accused stated off camera: “If my son is guilty then he should receive the most severe punishment.” The identities of the six accused and bus driver are concealed until court hearings.

Silent protests through New Delhi have been continuous and candles lit for ‘India’s Daughter.’ 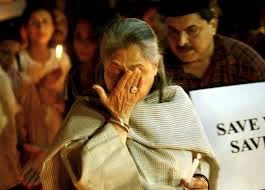 Bollywood stars are equally shocked. Jaya Bachchan could not withhold her tears when said: “We were too late, the authorities were too late, but this will not happen again.”

Hema Malini and Shabana Azmi echoed similar feelings. Hema Malini said: “Yes we are modern in music, fashion and in our films. Hence giving the illusion that we are a modern society. But this issue of women’s safety has always been an underlying problem.”

India is asking its Government “What will you do to protect women?” A young 17 year old girl, a peaceful protester said: “All I want to do is walk the streets of my country knowing I will be safe. It’s my human right.”
These words have echoed through-out the capital of India, the country and now globally.

Fighting with great courage after sustaining grievous injuries, this young courageous girl, called ‘braveheart,’ expressed her intention to live and wanted her tormentors to be brought to justice.

Through-out her treatment at Safdarjung Hospital, New Delhi, doctors stated she remained communicative through signs most of the time, spoke to her parents and gave statements to police not once but twice. 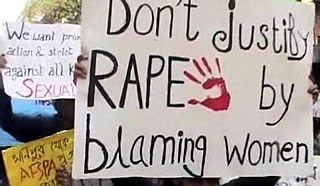 The angry questions did the rounds on Saturday 29th December 2012 as the people of Delhi woke up to the news that India’s daughter, had died fighting her grievous injuries miles away from home.

Delhi Police moved swiftly to seal India Gate and surrounding areas to curtail street protests, but voices could not be stopped, they wanted to be heard.

The Indian Government is being challenged. Politicians have been heavily criticised for slow reactions and a key question is why the rape victim was moved from New Delhi to a hospital in Singapore.

It was the Indian cabinet’s decision to send her to Mount Elizabeth Hospital, Singapore. A medical decision or political one?

The girl had a cardiac arrest, suffered significant brain injuries and was in an extremely critical condition when she was admitted to the Mount Elizabeth Hospital, Singapore on 27th December 2012, Thursday morning.

Kelvin Loh, Mount Elizabeth Hospital’s chief executive officer said: “Besides a prior cardiac arrest, she also had infection of her lungs and abdomen, as well as significant brain injury.”

Many doctors are bewildered with the move.

“I can’t understand the logic behind it, or rather it is unusual to transfer the girl from Delhi to Singapore,” said Samiran Nundy, of the Department of Surgical Gastroenterology and Organ Transplantation in India.

Dr Mehta who was with the girl on the plane going to Singapore said of her survival rate: “Six organs of hers were malfunctioning. Her survival rate was 45-50% if that.”

More questions arose for the Government.

“Was the Government concerned that if this young brave girl died on India’s soil would make the protests worse?”

“Is India worried that they have blood on their hands due to lack of protection for women in India?”

“Why has the Government been so slow to react to this horrid event and many others similar?”

The protesters and country is seeking real justice and the world is awaiting answers. 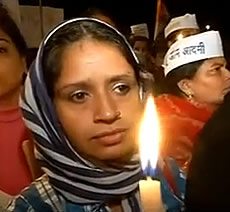 Actress Sharmila Tagore said: “We must be very careful not to violate the privacy of the girl’s family at this difficult time. Her dignity needs to be maintained.”

The political parties in India have still not come together to work on a solution of a problem that affects primarily women. An issue that has always been brushed under the carpet and hidden from the world, but now this case has bought this to everyone’s attention.

Will this force the Indian Government to address legislation to protect women from ordeals such as this? Or will it be another political mess that has no direction?

Female protestors reacted saying: “People are only concerned with shame and not justice.”

Banwari Lal Singhal, a politician from the BJP stated girls should not wear skirts and only wear salwar kameez or trousers and shirts to avoid sexual harassment. Does it matter what women wear? Is this not an issue about men wanting to be in control?

Preparing a 1000 page chargesheet, Delhi Police Chief, Mr Tejinder Luthra said: “Our teams are working on the chargesheet. We want to make it flawless. We are hopeful to secure conviction in this case.”

The accused will be appearing in court early January 2013. A verdict will be announced. Indians are demanding the death penalty for the hideous and evil crimes committed.

Will India take note of its people’s cries and give basic rights for women to travel to work and home in peace; without the fear of them being assaulted, kidnapped, raped and killed?

It has taken such a horrific crime and life of an innocent young girl for India to realise there is a problem. This young girl’s death cannot be in vain. Labelled ‘India’s Daughter’ she is not just a daughter to India, but of every household around the world.

Savita Kaye is a professional and hardworking independent woman. She thrives in the corporate world, aswell as the glitz and glam of the fashion industry. Always maintaining an enigma around her. Her motto is 'If you got it show it, if you like it buy it'!!!
The Acceptability of Rape in India
Domestic Abuse of British Asian Women