Tinder’s new ‘Swipe Ride’ series is set to reveal uninhibited conversations about what women really want from their dating lives in India.

"Never have I ever experienced love."

In every episode, Kusha takes the wheel and picks up a Tinder user to discuss dating, intimacy and dilemmas in the modern world.

The trio chatted about all things dating – from Tinder bios to first date jitters to the unspoken rules of dating.

When talking about the concept of love at first sight, Sara candidly revealed that she has never been in love.

Sara said: “Never have I ever experienced love, so love, at first sight, is out of the question.”

“Tinder understands how Indian women date and I had so much fun being a part of the Swipe Ride series – a non-judgemental, safe space where truths about our love lives universally experienced but rarely shared are laid out in the open.

“It’s as raw as it gets and I am thrilled to be a part of the conversation and a generation that is redefining the rules of dating!”

Kusha added: “Indian society has often defined how a woman must conduct herself in all aspects.

“With the Swipe Ride series, to see Tinder female members redefine such age-old societal ideas and rewrite their narratives was almost like talking to my younger self, different but yet so similar.

“Being in the driver’s seat, literally and metaphorically, is what women need today.

“I am really proud to have a role to play in facilitating these meaningful discussions.”

A Tinder report published in August 2021 revealed that 62% of Indian singles prefer casual dating, as opposed to a committed relationship.

As a result, the dating app continues to rise in popularity as it makes meeting new people and finding romance simpler.

Tinder also continues to be one of the most popular dating apps thanks to its investment in technology that reduces anonymity which helps to keep users safe.

ID verification on the app is also in the works.

The Swipe Ride series is available to watch on Tinder’s official YouTube channel. 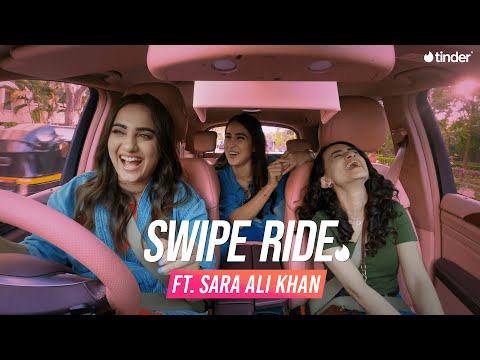