Amir Khan and Faryal Makhdoom pranked their eldest daughter by saying actor Bradley Cooper is her ‘real dad’, however, the joke came under fire.

Amir Khan and Faryal Makhdoom have been criticised for playing a prank on their five-year-old daughter, saying that Bradley Cooper is her biological father.

The couple filmed themselves telling their eldest child Lamaisah that Amir is not her father, instead saying that actor Bradley Cooper is her “real dad” before showing her a picture.

After they revealed it was an elaborate prank, Lamaisah was left in tears.

In the now-deleted video, Faryal was seen crouching on the floor of their family living room with Lamaisah and Alayna playing beside her.

The clip begins with Faryal telling Lamaisah: “This is your real dad… do you want to speak to him?”

She shows her daughter a picture on her phone. This prompted Amir, who is filming, to tell his wife to turn the image towards him.

Faryal had been showing her daughter a picture of the Hollywood actor before pointing at Amir and saying:

Amir then adds: “Do you want to talk to your dad?” 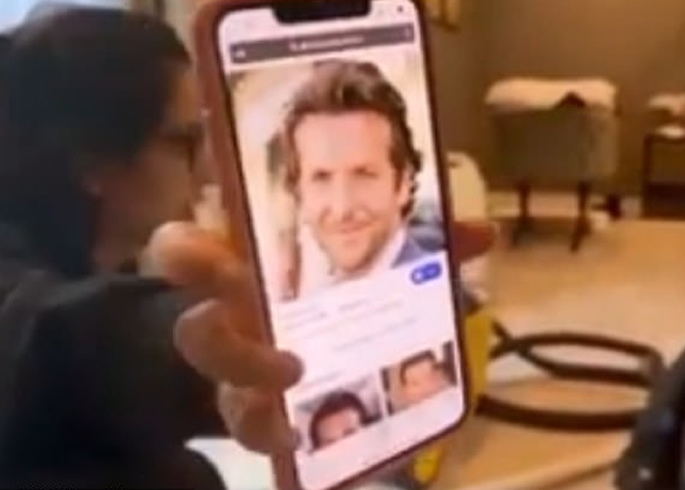 After Lamaisah nods, Faryal calls an assistant named Carl who pretends to be Bradley.

A fake phone call is set up with Faryal adding a caption to the clip, saying:

“Carl on the phone pretending to be the dad.”

Faryal then passes the phone to Lamaisah, who becomes shy. Her mother then urged:

‘Bradley’ tells the child: “I’ve missed you. Is your mummy alright? Have you been a good girl?”

However, when the call accidentally connects to FaceTime, Carl is revealed to be the video caller.

Seeing Carl’s face, Lamaisah bursts into tears. Faryal consoles her daughter and tells her that Amir is her real father.

Her daughter asks: “Why did you do that?”

Faryal insisted: “It was just a joke!”

Lamaisah continues crying and says: “I don’t like jokes!”

The clip included a laughing emoji saying “pranked my daughter”. It was viewed 9,000 times and had more than 70 comments but it was deleted after it was met with a negative response from their shocked viewers.

“It’s just so cruel. The poor girl was clearly distraught and they just thought it was funny.”

While another put: “Just why say that.”

Their controversial joke came after Faryal admitted that she was finding lockdown difficult. She revealed that she had been going through postnatal depression.

Dhiren is a journalism graduate with a passion for gaming, watching films and sports. He also enjoys cooking from time to time. His motto is to “Live life one day at a time.”
Man who Lost Father to COVID-19 pleads not to lift Lockdown
Woman beaten for Stopping Couple from Getting Intimate