The two month long strike between Bollywood producers and distributors, and multiplex owners has ended. Both parties have agreed on a profit sharing model to commence films being shown at multiplexes.

The dispute between producers and multiplex owners started on 4th April 2009. Both parties at stalemate for some time with talks breaking down. It has taken a fair amount of negotiations for the issues of profits to be resolved.

The problem that instigated the strike action was the producers and distributors were not happy with their share of multiplex profits. It was a 60/40 split in favour of multiplexes. 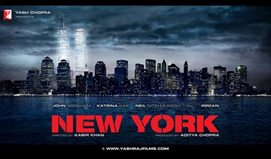 What was asked for by the Bollywood producers was a 50/50 split of takings. A request not accepted by the multiplex owners who felt the system was fair because not every film did well.

Now, all this has been addressed after a meeting which took over 10 hours involving the producers and national multiplex chains including PVR, Big, Inox, Fame, Fun and Cinemax. The producers were represented by Mahesh Bhatt in the meeting.

It seems that the multiplex owners have decided to agree with the demands of the producers.The highlights of the deal agreed between both parties is as follows.

For blockbuster films that collect more than Rs 175 million ($3.5 million) at the six leading multiplex chains, the percentages will be as follows.

If a film grosses less than Rs 90 million, multiplex owners will get an increase of 2.5 per cent share in revenues.

Bhatt said after the meeting, “The strike has ended and the best part is all the plexes have agreed on our terms and have signed the agreement making way for exhibition of films from 12 June.” 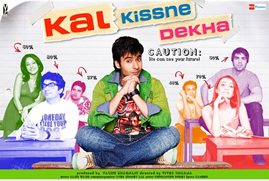 The strike has cost Bollywood nearly Rs 2 billion. This has been due to the release of no films since April and the impact on all estimated takings in terms of revenue forecasts.

These losses will have to be addressed by the release of the films prohibited by the strike but it’s important that a release schedule is devised so that films do not just turn up on cinema screen in a mass. Otherwise, the estimated taking will not be recouped. Again this is another task to be agreed between all parties concerned. Plus, it is likely, ticket prices will increase in Indian multiplexes.

The first films be seen at multiplexes will be Kal Kisne Dekha, Jashn and New York on 12th June 2009.

Baldev enjoys sports, reading and meeting people of interest. In between his social life he loves to write. He quotes Groucho Marx - "The two most engaging powers of an author are to make new things familiar, and familiar things new."
Katrina Kaif plays role of a Virus
IIFA 2009 Awards Winners